You don’t normally associate Ikea with apparels but some have found ways to wear their Ikea. The bright, happy Ikea pillowcases, table runners, curtains, duvets, you name it, get a fashion makeover.

When you need to wow ’em
Kerri joined a club at school that used to be called “the future homemakers of America” but has since changed its name to something more politically correct. Clubs weren’t her thing but they had a fashion competition, so she thought she’d give it a shot. 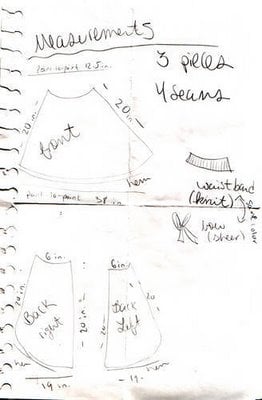 “I didn’t want to be conventional,” she says, “I wanted to make something as outlandish and absurd as I could. So where did I head to for my fabric? Ikea, of course! I bought this crazy, colorful floral print fabric and turned it into a fabulous, twirly skirt!”

Do you have this in grown-up size?
Mirre makes this adorable little top from the Alvine Spira pillowcase. I’ve always liked the embroidery on that pillow too and now, in this top it is just too cute. 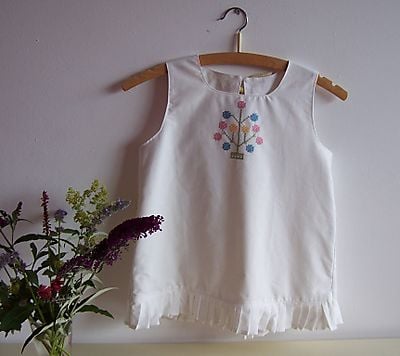 The back uses ribbons. The pleats from the pillowcase became the hem.
See the pattern she used and how she put it together here.

What to wear for a night out
Ikea fabrics is no stranger to Peter and Carina. I don’t have very much more information about them as they just sent me a link to their site. But after browsing it, I found these gems. Very nice indeed.

This dress is made from the Fialena. See more here.

Pretty one from what used to be a quilt cover. 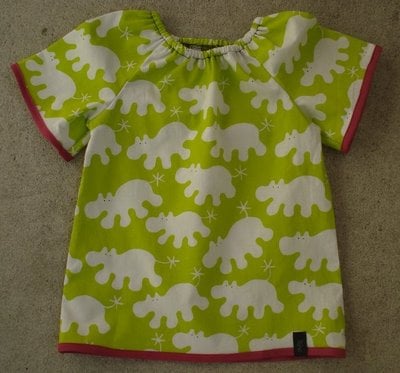 Alexa says, “Here are my daughters, Lena and Maria, in their Ikea dresses. Maria’s is in Gunvor‘s small orange ‘watermelon’ pattern fabric. I couldn’t find Lena’s fabric in the 2008 catalog. (I suppose we’ll have to go back and get Lena some Lena fabric, along with a few yards of Sofia for her cousin.) Both get comments wherever we go. They were both done with patterns I drew up myself.

I used the larger print of Gunvor watermelons to make baby slings as well. 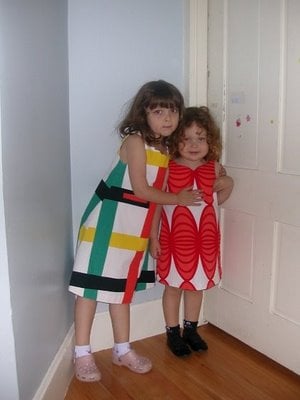 Got the guts for a bold skirt?

Melissa is back again with a skirt made from a table runner (name unknown). She even had enough fabric left over for a shopping bag. 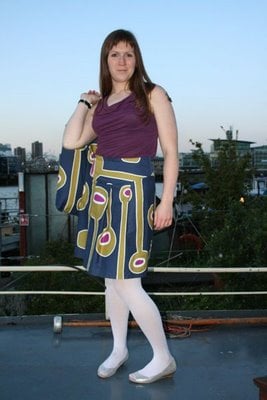 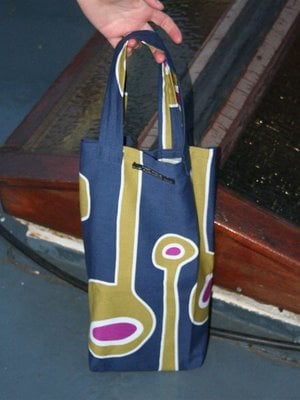