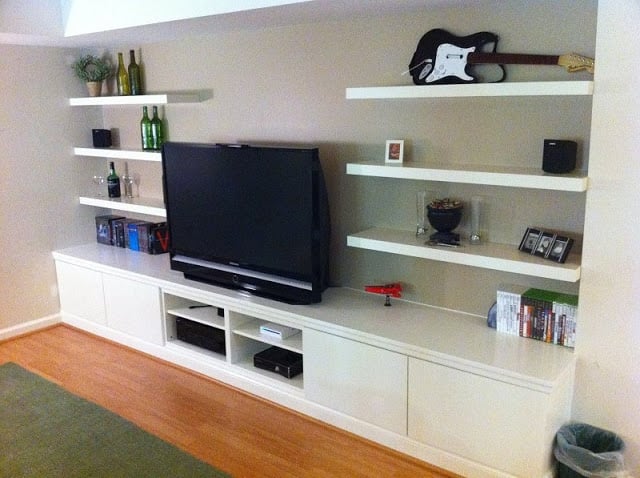 Description: We wanted to have a built in entertainment center for our basement home theater, it was currently sitting on some wire shelves. So we came up with a plan using parts from IKEA for this project plus a bunch of lumber and paint.

We started by building a base out of 2×4’s to set the BESTA shelf units on. This was sized to fit the convenient setback in the wall in the basement. 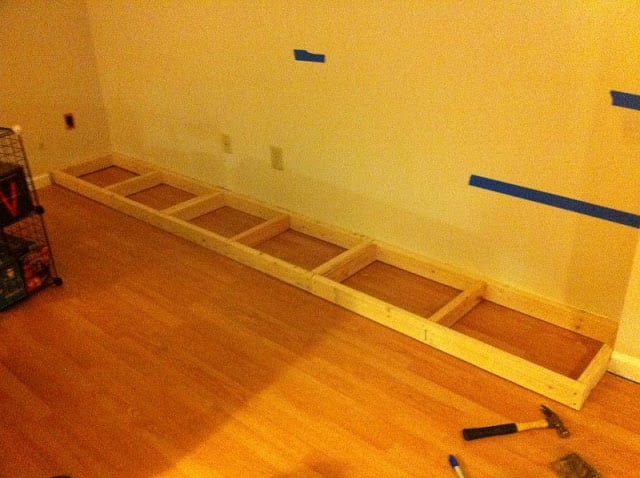 Next we had to size the three IKEA shelf units were about 1.5 inches to long in total, so we happily voided any warranties and I modified the unit that would go in the middle. 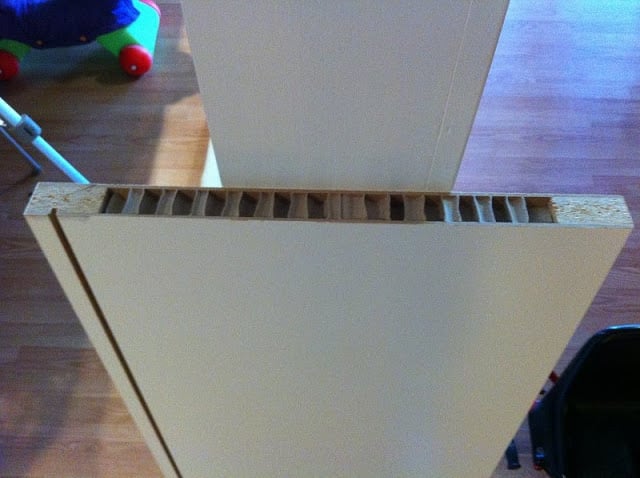 After the modification were done, the bases of the shelf units were screwed down to the 2×4 frame and then they were fully assembled. All the wiring was run for audio, networking, and power hiding it in a gap behind the shelf units and in the walls. 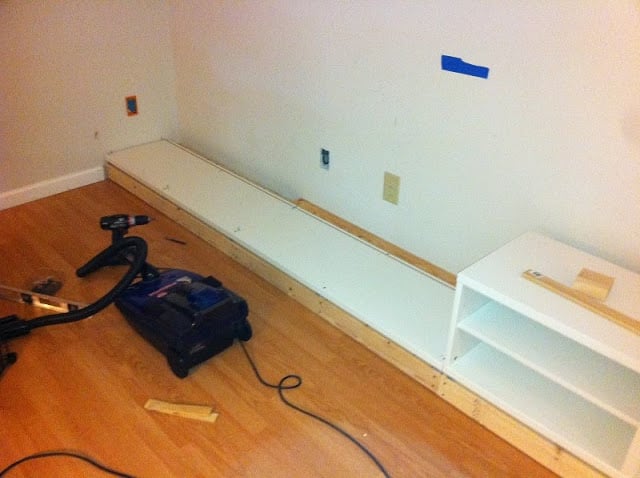 We painted the back wall an accent color. The doors were installed on the unmodified units and we build a custom top to go over the BESTA shelf units to get the television the correct height. We also filled in the wall using the LACK shelves. Oh and we played some RockBand to test all the wiring connections. 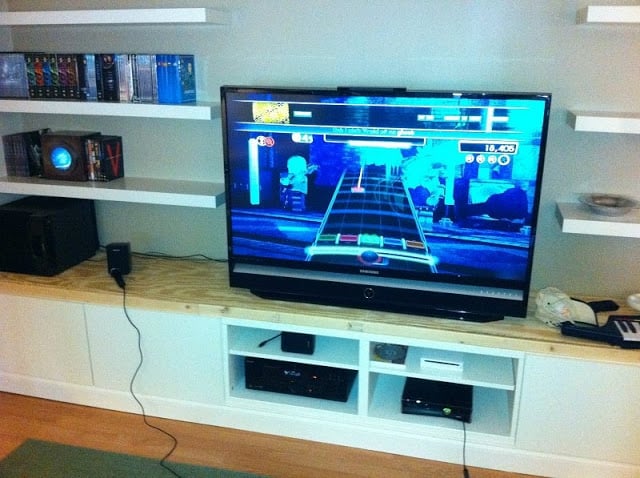 We finished by installing the trim and painting the new countertop white to match the BESTA shelf units.