OptiMalm Prime: Malm bed base transformed into a TV Unit 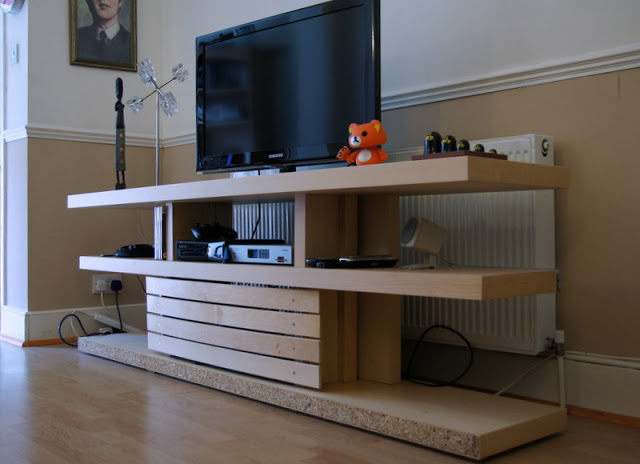 Description: This hack begins with a king-size Malm bed base that we no longer had any use for. Rather than get rid of it I had an idea that the headboard and base were nice-enough looking pieces of wood to be reused and, given that our TV was sitting on a small, worn out stand, I thought I’d have a go at making a TV unit/sideboard/thing.

I began by using Google SketchUp to play around with the design, especially working out where I would need to cut the main shelves to make best use of the wood I was going to reuse. 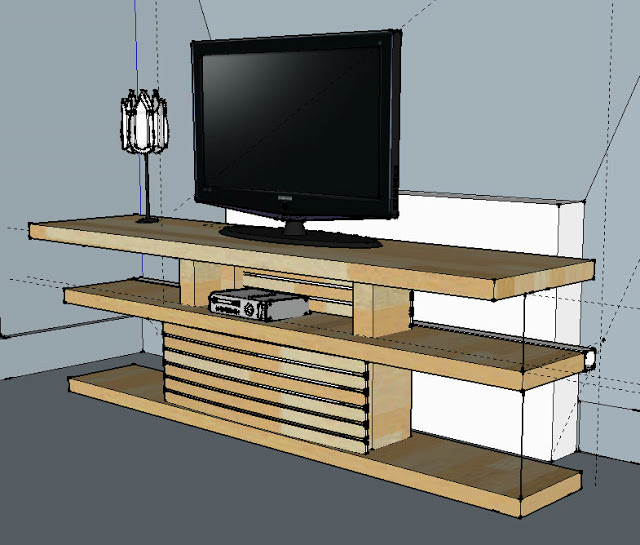 I decided to build a 3-shelf unit so began by cutting the headboard into two pieces, 410mm and 360mm wide respectively, leaving me with a top and bottom shelf. The “footboard” didn’t require cutting and became the middle shelf. Because it was a little shallow, I decided to attach the metal center support from the bed to the back of it to give me another 60mm of depth (and a neat cable tray). Using some of the plastic grommets from the bed as spacers, it is cantilevered away from the back of the shelf. Not necessarily useful shelving space, but I like the look of it. 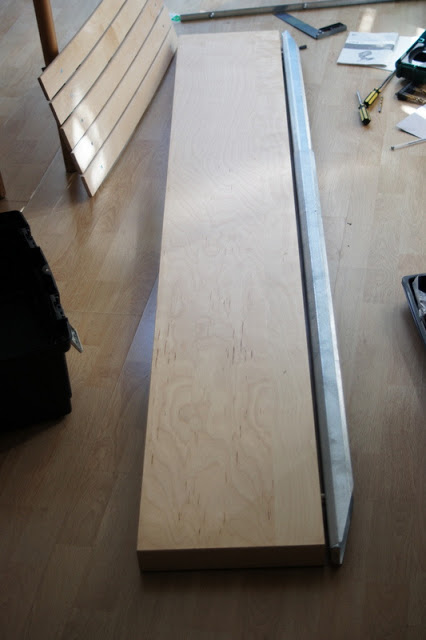 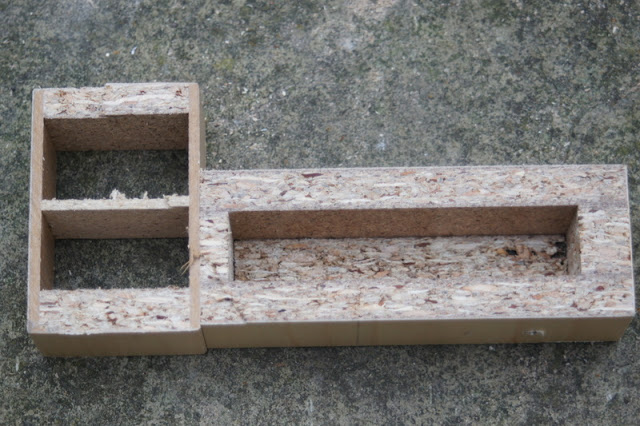 The next step was to build the door. I was really keen to use the bed slats as the door front as they have a really nice camber in them (I spent some time finding 4 slats that were bent along more or less the same curve). I cut pieces of the metal angle that would normally carry the bed slats so that they become two upright supports. I bought some small bolts and attached the slats, and I used one of the bracing straps from the old bed to keep the door rigid.

I spent a lot of time cutting up the small piece of tubing that normally supports the center of the bed, to try and turn it into a hinge system. However, in the end, because the door is quite wide and I thought might be too heavy to swing outward, I shelved those plans (no pun intended) and now hang it from two eyelet hooks. 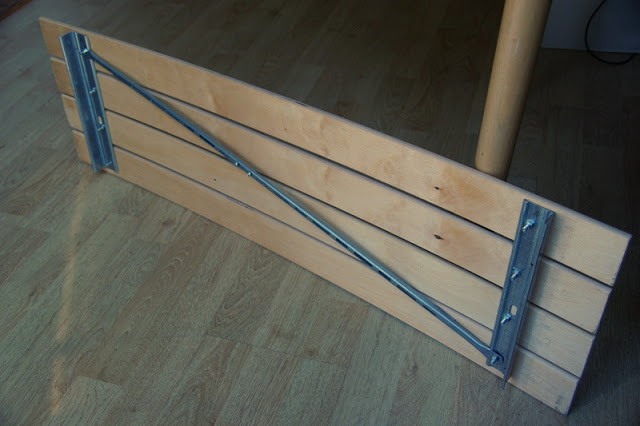 Finally I created the vertical uprights. This was challenging because I had intended to use the long side pieces of the bed but, rather than being solid pieces of timber, they are actually mostly air (see photo). In hindsight I should probably have realised that Ikea components are not all made of solid Swedish pine. However, it meant I had to rethink the method I would use to attach the uprights to the shelves. I originally had an elaborate plan to reuse the wooden dowels, but in the end opted for a much more basic approach of glue, nails and screws to fix the vertical supports to the shelves. Not particularly elegant but it’s still standing. One thing that did work was that I planned my cuts in the side pieces so that I could reuse the existing connection holes that originally attached the side piece to the head and foot boards. I’ve also used more of the bracing straps at the back to really make sure it’s not going to move.

The two vertical “legs” that hold the shelves are actually a composite of two pieces of the bed side support fixed together.

The final touch was to reuse the plastic pads that prevent the furniture from scratching the floor by attaching them underneath the bottom shelf.

I’m pretty happy with it – except for some screws, nails and glue, it’s all pieces from the old bed. There are still a few finishing touches I need to add: wax or paint the shelf so it has some protection against coffee stains, and seal the front of the bottom shelf which is currently exposed chipboard, which makes it look a bit unfinished, but actually I kind of like.