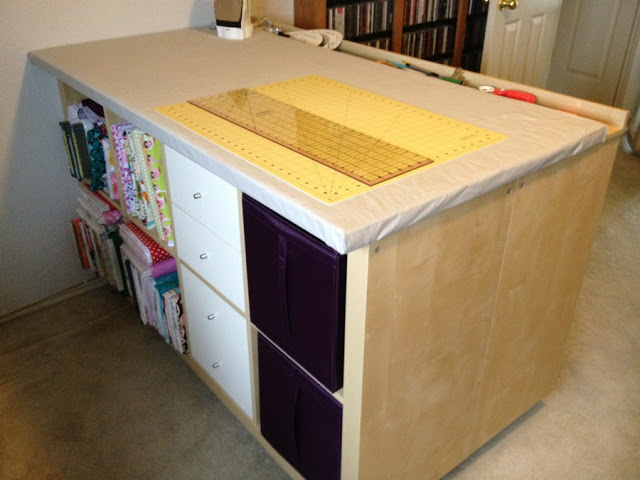 Description: This is a cutting table for craft and sewing projects. The base is two Ikea Expedit units (4×2) that I put on their sides and connected together. To connect them together I used the brackets that come with the Expedits that are meant to connect them to the wall.

Then I attached Besta 4 inch legs (10 of them total – 5 on each Expedit) to the bottom to give the table more height (so it would be closer to counter height). This allows for the right height to cut without hunching over.

The tabletop is the Vika Amon tabletop (the one that is 59 x 29.5). I covered it in a layer of quilt batting and then fabric (the padding makes it better for ironing directly on the table). The tabletop is connected to the Expedits with L brackets from the hardware store. 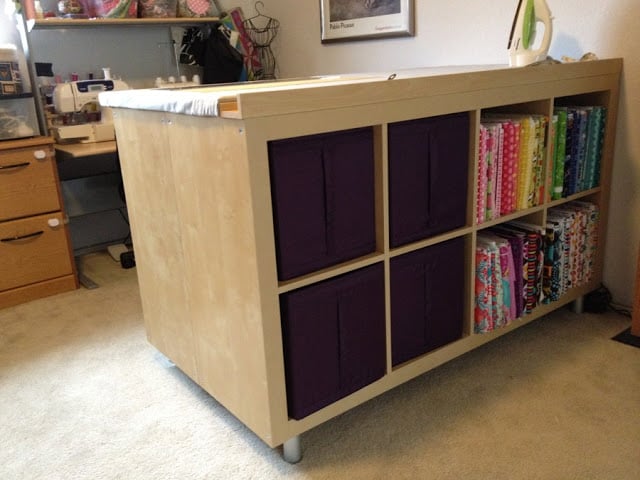 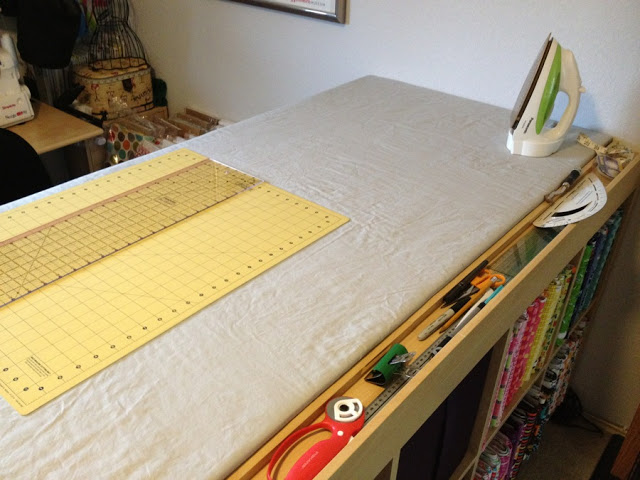 On the long edge of one side of the table are two Ribba picture ledges that I cut to the right size and connected (they are screwed into the Expedit). I’m using the picture ledges to keep rulers, pencils and other tools organized. The other nice thing about attaching the Ribba is that the two Expedit units connected are wider than the tabletop. The Ribba gives it extra width to that the tabletop overhangs slightly on the other side, which looks more attractive. In addition, the overhang allowed the use of L brackets to attach the tabletop to the Expedit units.

When attaching the Ribba, I aligned them flush with the Expedit in the event I rearrange my sewing room and I want to put the table against a wall (of course, in that case, I lose access to the eight cubes on that side, but it’s an option this way).