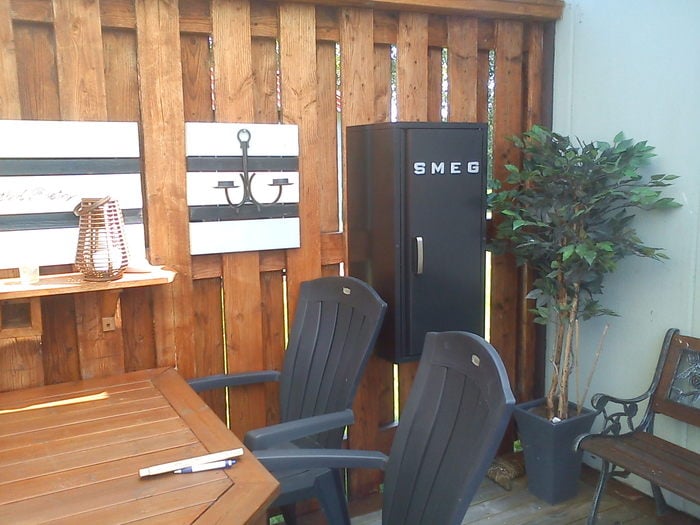 Description:This time I needed something to hold the beers, milk or other liquids cold.
Perfect when you sit outside on warm summerdays along with friends, so everyone doesn’t have to run into the kitchen and pick up new beers all the time.

I found a metalcabinet on ikea called Josef.

Only problem was that it wasn’t supposed to be wallmounted only for stand on the ground, but after opening the box I found out that it would be easily solved with 8 small metal screws. 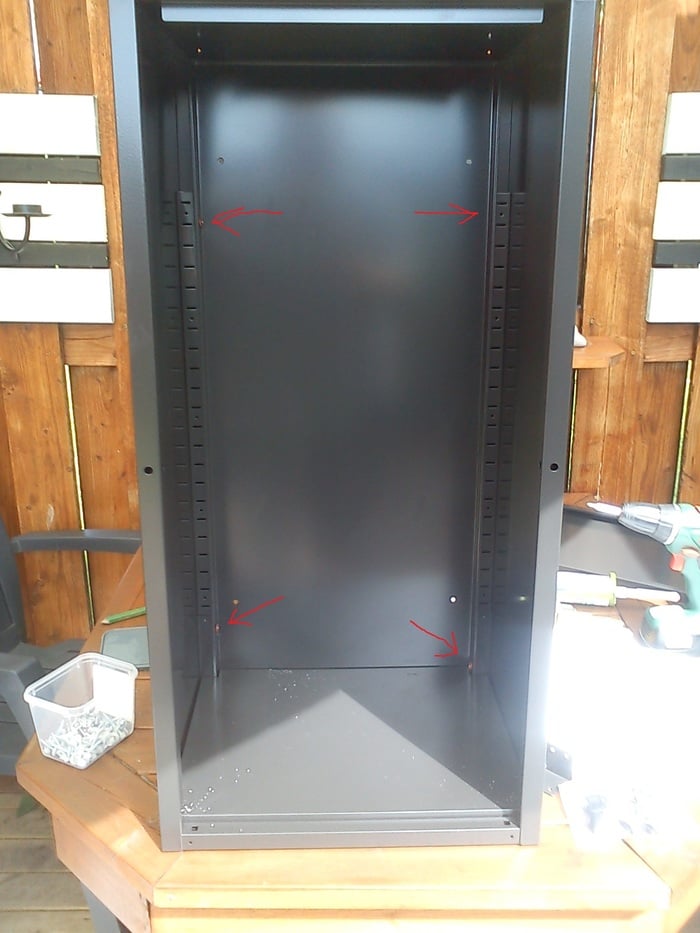 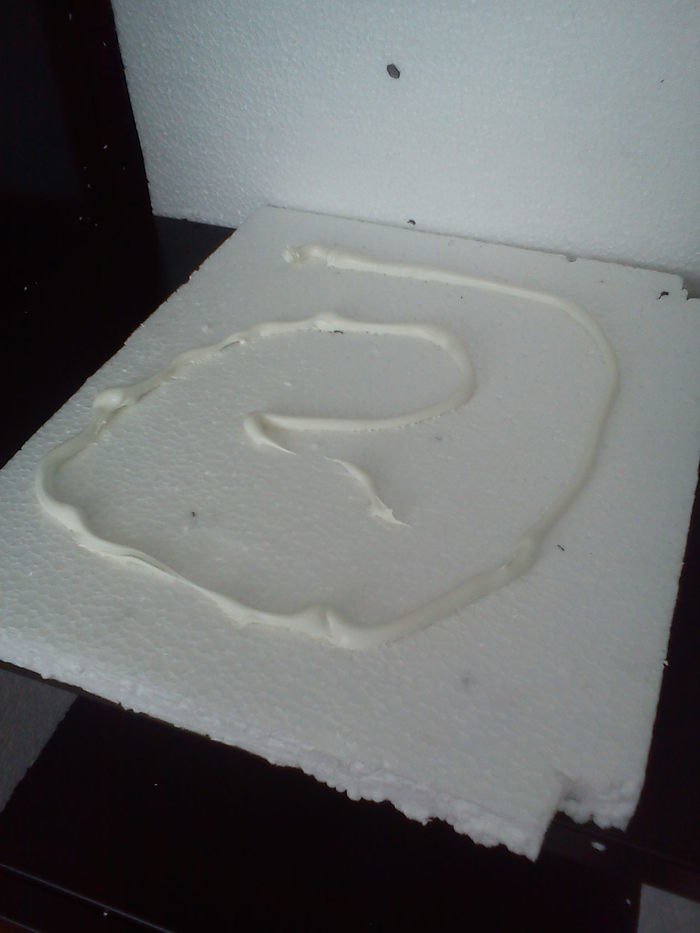 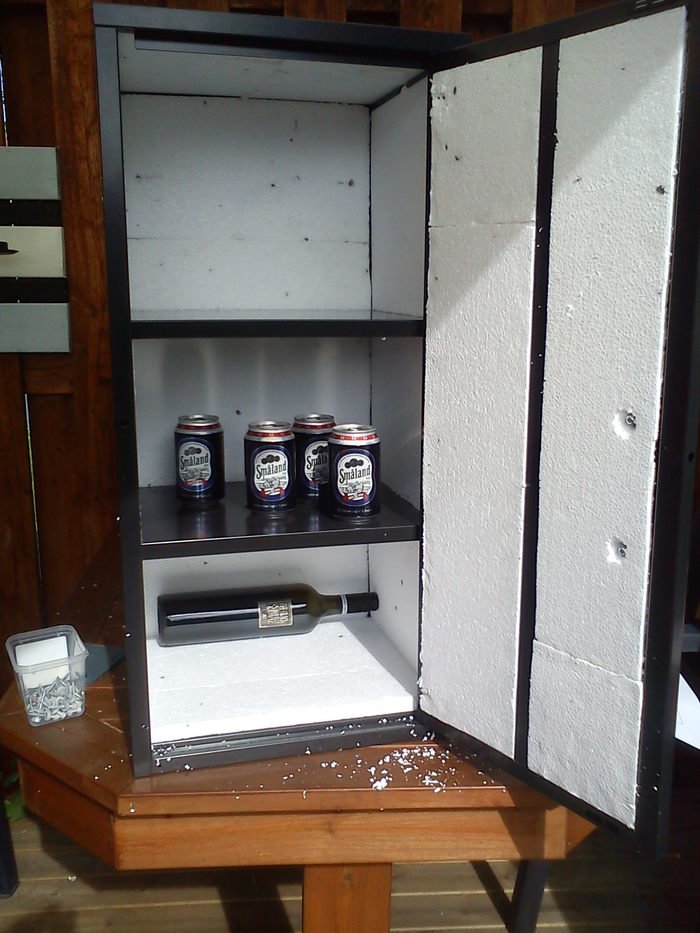 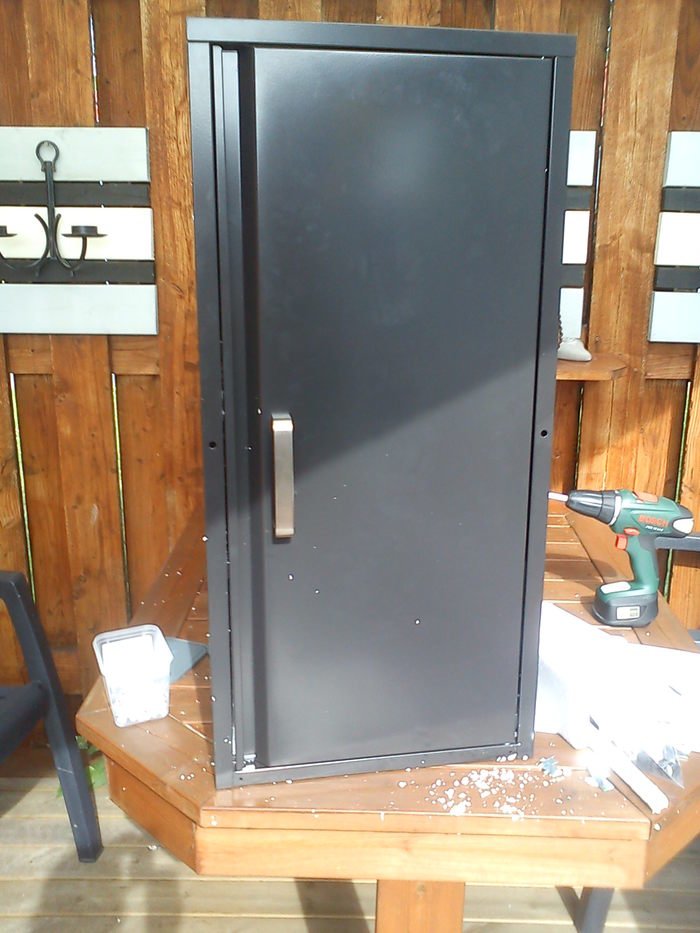 I then needed some insulation so I bought two pieces of 20mm styrofoam which fitted perfectly, I glued it to the walls and even the door.

After that I did some pimping with a new handle and figuresaw out some letters and spray painted them silvergrey.

I have used it several times and if I put in 5 or 6 iceclamps it keeps the beers cold for hours.