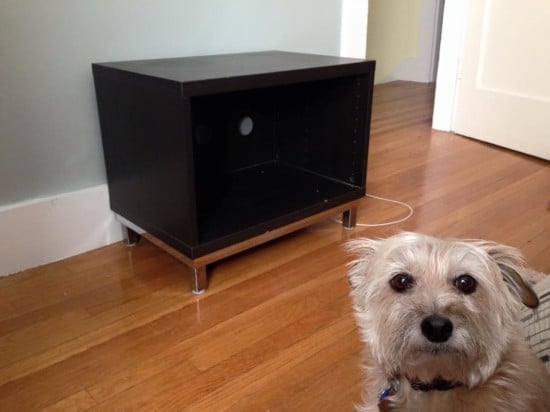 Our dog, Maggie has always slept in a dog crate in our bedroom. After recently moving into a new home, we saw that the old, worn-out crate was taking up too much room, and decided that it was time for a new solution.

Maggie likes the comfort and security of a crate, and has always refused to use only a pillow or dog bed. We had been using this BESTA television stand as an end table and to store blankets, but realized that with a few changes, it could be put to better use as a fancy customized dog sanctuary.

I used the BESTA TV unit (which we had originally bought with the optional steel, chrome-plated underframe), and removed the center shelf and pegs.

I then made two separate curtains to give the pup a little privacy, but allow her to get in and out of her bed easily. For these I used a woven-cotton fabric, backed with muslin. I cut the fabric to cover the open front of the BESTA, then assembled the pieces with my sewing machine. I also sewed two strips of Velcro to the tops of each curtain, and adhered the Velcro’s opposite side to the front edge of the unit (this was the peel-and-stick type Velcro). This allows the curtains to be easily removed for washing. 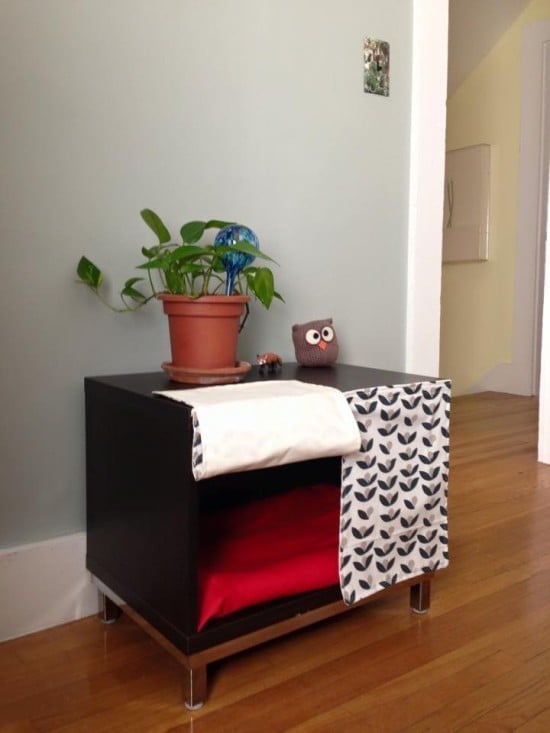 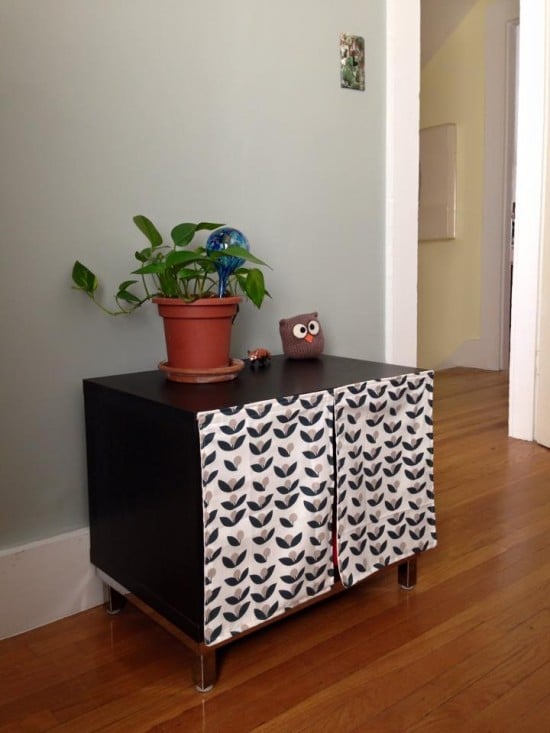 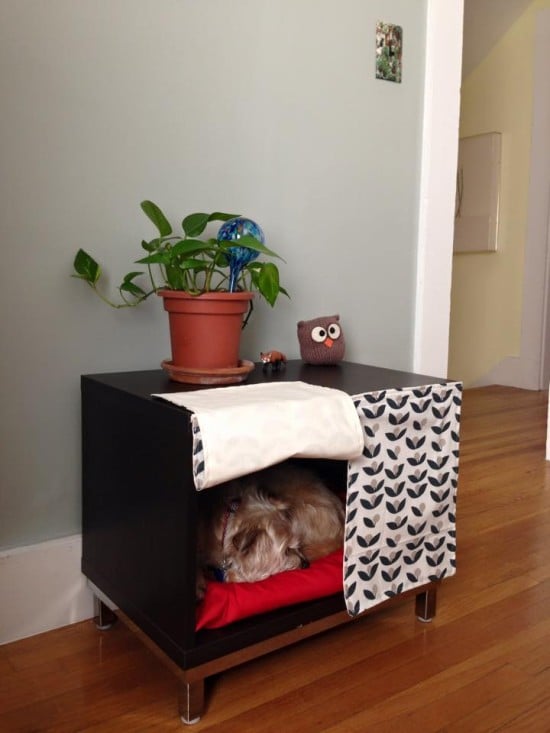 A switch around made this into a cat bed scratch post

For the bed itself, I bought a cheap faux-sheepskin crate pillow from the pet store down the street. I then sewed a bright red cover that can be easily removed and thrown into the laundry.

As for the pup, she’s really taken to her fancy new sleep sanctuary. It’s cozy and calm for her, and looks stylish in our new bedroom.