So.. my kitchen was kinda dull. And I had no space for a dishwasher and had a lack of cabinet-space, so I decided to build a “peninsula” to close up the kitchen area and make some space for the dishwasher.

Then it hit me like a bullet from a fine tuned hunting rifle. EXPEDIT from our beloved IKEA.

So I ran the idea by my girlfriend, which also love the EXPEDIT/ KALLAX series from IKEA. The idea was simple, but it took some know-how and handyman skills to pull it off.  Not be mistaken, this is not a piece of furniture you can’t move, obviously, cause of the dishwasher that is integrated into the “peninsula”.

What I needed was:

So I started with building a base-shelf which lifts up the EXPEDIT unit to the same height as the rest of the kitchen. 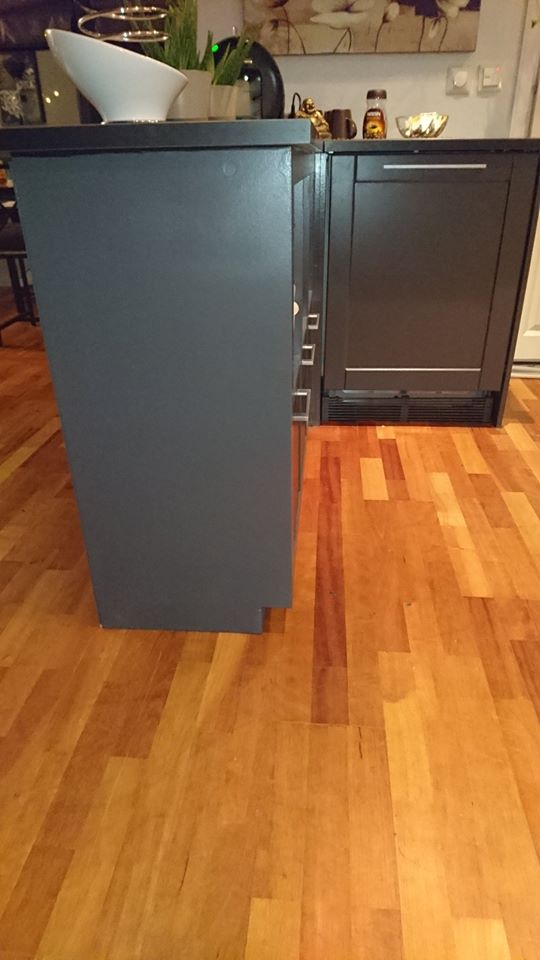 Then painting the unit in the same color as the kitchen, this color was chosen by my girlfriend when we renovated the apartment, H08 oxidized gray. Then the a bit more complicated work starts. Finding the perfect place for the unit, measuring-moving-and measuring again till I got it where I wanted it.

This took some back and forth to get good clearance for the counter-top  and the dishwasher. Installing the inserts with doors. Easy as always with the clever IKEA solutions. Building some brackets on the wall for the oil-plate to get attached to. Fitting brackets on the wall and on the side plate for the counter-top to rest on I had some issues with  a socket and had to move it and also make a new circuit for the new socket on the counter-top. As you can see, I placed it so that I lost one shelf. 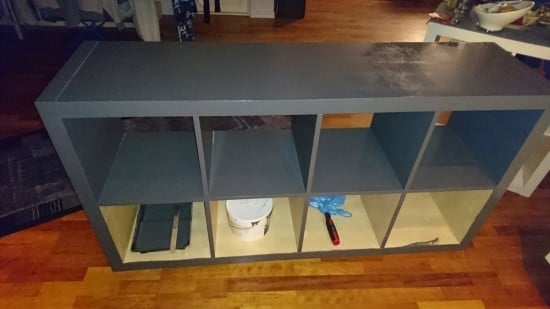 Now the rest was straight forward—>  mounting the counter-top—> masking and painting the rest of the unit—> cut some toe-board moldings —> then silicone where it’s needed. 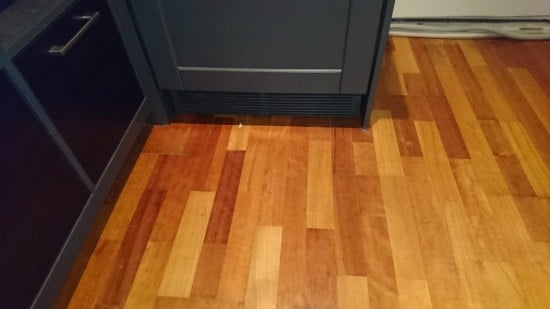 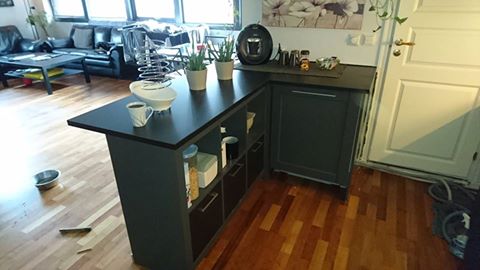 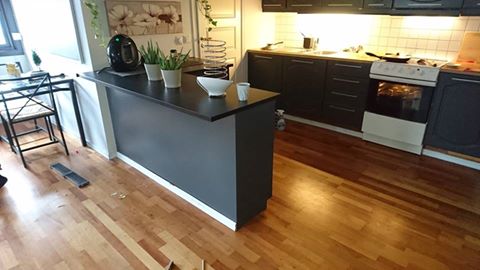 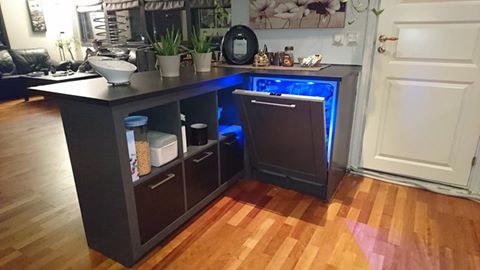