Simple radiator shelf and cover for less than £30

I had been looking for a reasonably priced radiator shelf but as I wanted to cover a storage heater none were deep enough. I thought of hacking a BILLY but wandering around IKEA, I saw the HEJNE and the EKBY which were the perfect size and they inspired me.

I am also in rented accommodation so as I can’t start drilling into the walls to fix a shelf. I needed something free standing.

Screw a HEJNE shelf to each short side of the EKBY shelf using the IKEA bolts provided. You will need to drill holes in the shelf ends.

I used one of the HEJNE posts, cut to size with a mini circular saw, at the bottom across the front to stabilise it using the existing holes and IKEA bolts per the IKEA instructions. I wanted to put one at the back too but the radiator I was covering has feet so I couldn’t.

I then realised I hadn’t accounted for the skirting board so rather than trying to fashion a cut out for it I used the other HEJNE post across the back, fixing it to the shelves per the HEJNE instructions. I made it slightly higher than the EKBY so I could use the existing holes but you could fix it level if wanted by drilling new holes. 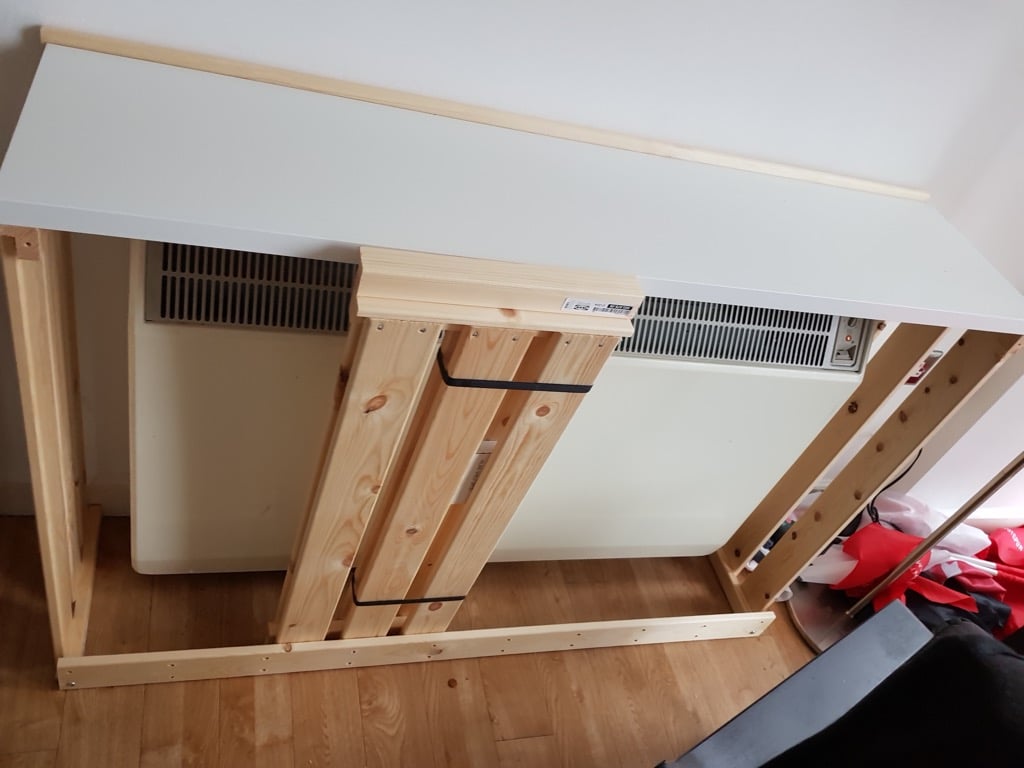 I then used 3 x 35mm screws to fix it to the EKBY shelf for stability. The other 4 shelves were used across the front. I used the IKEA bolts (2 per shelf) to screw the end of the shelf into the EKBY top (holes need to be drilled) and then used the 35mm screws, through the existing holes, to fix to the post across the bottom.

The radiator shelf took about 4 hours to make. Total cost came up to £28. I am sure my hubby who is an engineer and a whiz at DIY could have done it much more quickly! 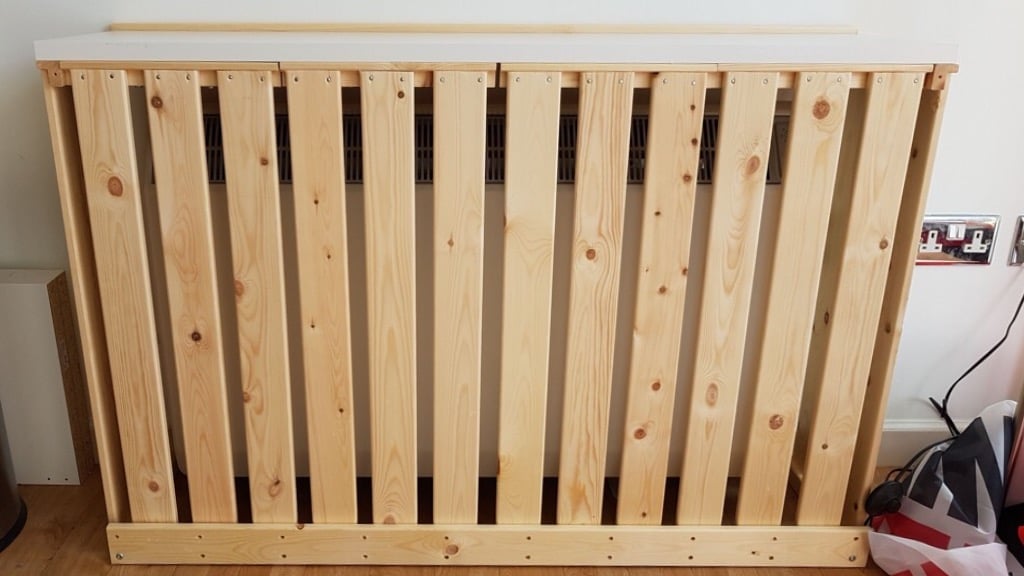 What I like about the radiator shelf hack is its relative simplicity. It’s easy for someone not experienced in DIY to do. The hardest part about this hack was carrying all the stuff home on the tram as I do not drive! 🙂

I bought an Allen key attachment for the screwdriver drill which was the best thing ever and made the screwing of the bolts easy.