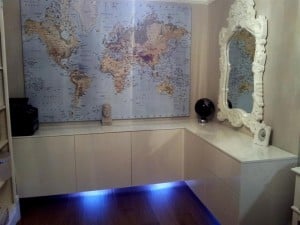 Description: OK so I didn’t like the regular Ikea office selection when I wanted to create a home office.  I set out to make something white and shiny..woo..wee!

Besta bookcases aren’t really deep enough for a office counter so I built out the counter with 2×6’s..that also gave me something very solid to hang the Besta off of with the Besta railings.. 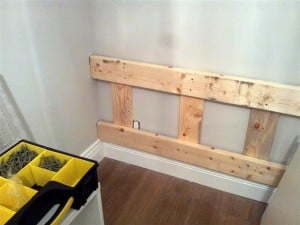 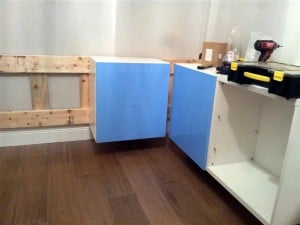 I filled any gaps with spare gloss panels and ran a couple of surge bars behind the cabinets for printers and lighting. 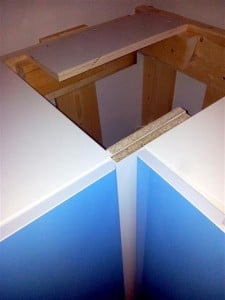 Then cut to size the cover panels for the counter (well..I wanted a shiny top too).. 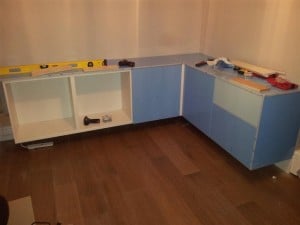 Then I put up the Billy cabinets.  I raised them up with 2×4’s since I wanted the baseboard to be the same level of the ones on the wall for a built in look.. 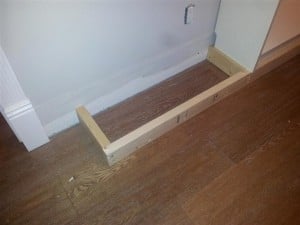 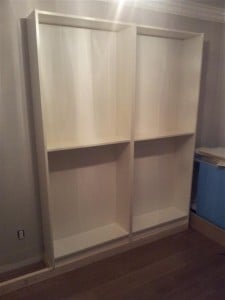 I trimmed them out for a built in custom look.. 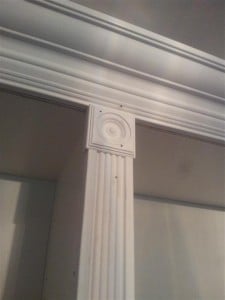 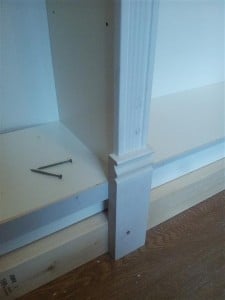 And there you go (I need to get more books..) 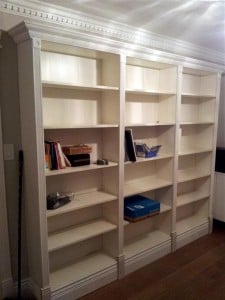 Add some LED light under the floating cabinets and an Ikea wall map and we’re all set.. 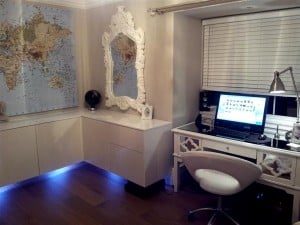