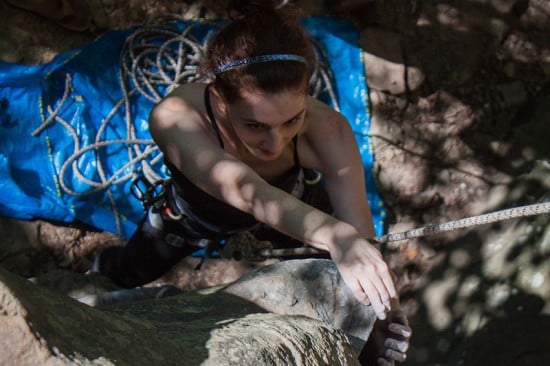 When it comes to protecting your rope from the elements, the rock climbing sport actually isn’t new to using the IKEA bag as a cheap alternative to pricier, specially designed bags. So when my friend Alex was lugging his rope in one of these blue bags, I was inspired to take my sewing machine to one to turn it into a real rope bag.

I chose a commercial bag for inspiration, which features a funnel-like tarp on which you can “flake it out” (essentially laying the rope out on top of itself to avoid tangles) and then roll it up so that you can transport the rope in its flaked, tangle-free state, ready to use as soon as you open it up. I cut a 4 inch wide triangle taper out of each of the sides of main bag so that it would funnel when I sewed the tarp on. I used the webbing from the handles of the FRAKTA bags sewn end-to end and parachute buckles to create compression straps, melting the ends with a lighter to prevent fraying.

To create the tarp I cut the bottoms off of two more bags and then cut the remaining tubes into two equally sized pieces, sewing those four pieces together. Before sewing the tarp on, I added a “tie-in” loop between the tarp and the main bag, which allows you to tie the rope to the bag so as not to lose the end.

After sewing the tarp to the main bag, I trimmed the corners to create rounded edges. I also added a second tie-in loop for the other end of the rope at the other end of the tarp. I then encased all the raw edges in more of the handle webbing, using it in the same way you would do a bias binding (there’s lots of youtube videos that can show you how if you’ve never done this before). I needed to sacrifice a fourth FRAKTA bag to encase all of the edges, otherwise the project would have only used three bags (I decided it was worth the extra 59 cents).

We took the bag for a test drive at the New River Gorge in West Virginia and it performed beautifully! (As well as being the envy of all the other climbers). Photos with humans in them are courtesy of Alex Malkin. 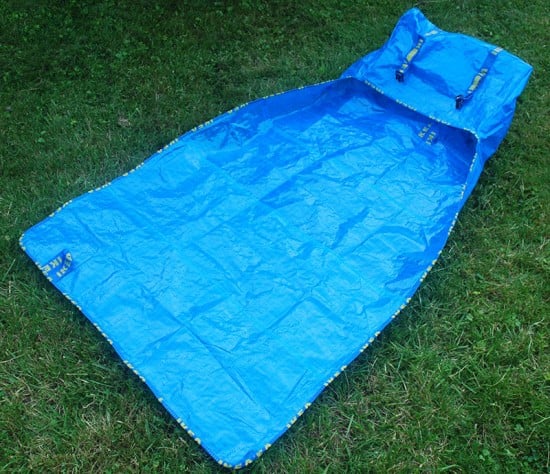 The bag in action: 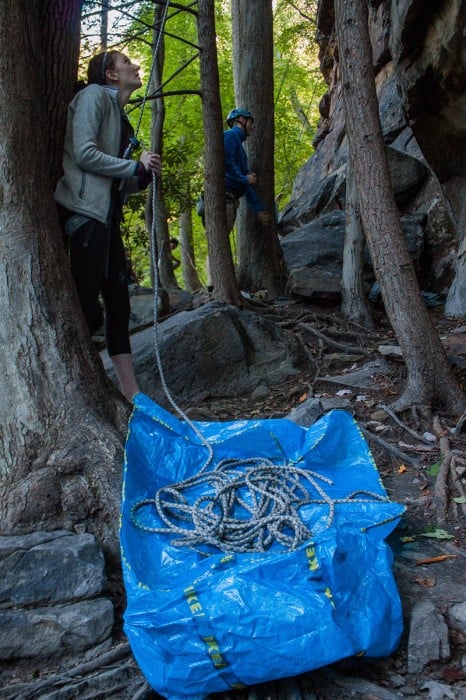 Side by side with the commercial bag this one was based on: