I’m a big fan of the IKEA Mandal bedroom set and wanted a chest to match my Mandal headboard. However the unit with black drawers is discontinued and the current 4-drawer chest is too big for my space.

So bought a Rast with the intention of making it look like a mandal piece.

First I started with the Rast and cut off the section beneath the drawers, leaving a lip for the border piece of wood. 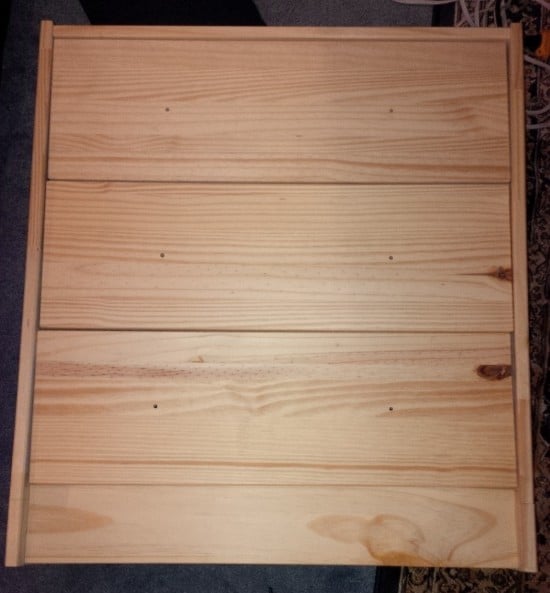 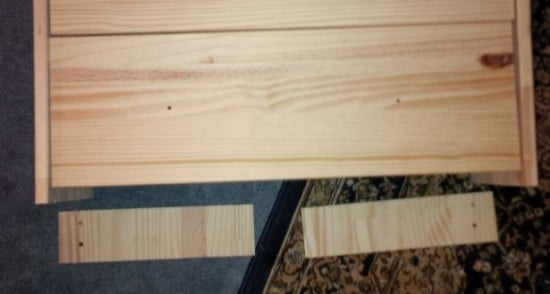 Then I drilled new holes in the side to hold the border piece in place. Its the same piece used in the original Mandal, I just turned it on its side. 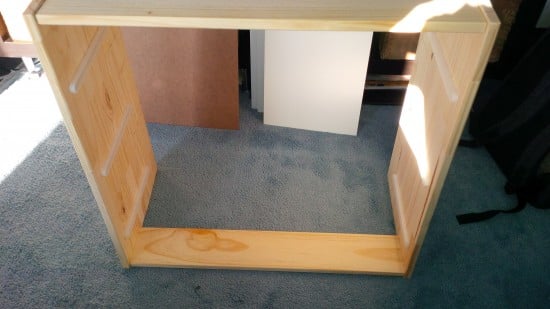 Next, I borrowed a jig-saw to cut out the mandal drawer fronts and used wood filler in the drawer holes.
I sanded down the surfaces after letting the filler dry. 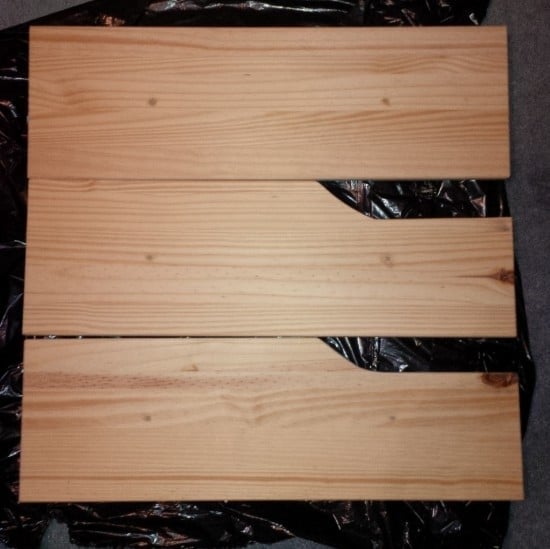 Then I stained them using the Minwax as I wanted the grain to show through, but paint would have worked just as well for the colour. 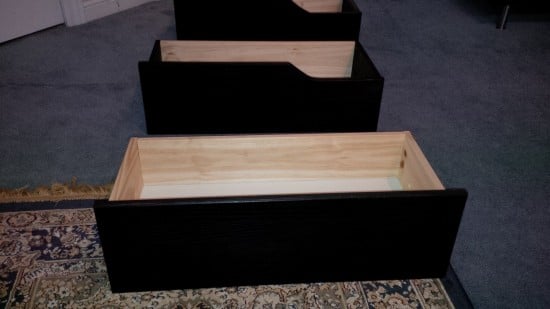 To finish the top and side panels I used behandla beeswax treatment. Since the Mandal is Birch, and the Rast is Pine, I chose this to see if it would mimic the colour well. It comes close but doesn’t achieve the same level of darkness.
Here it is before I mounted it to my wall. 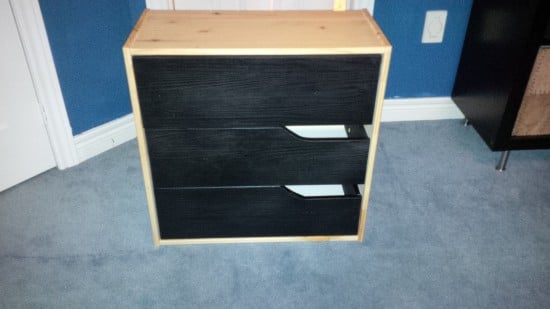 I propped it up on a toolbox to make mounting easier and was able to find a stud in which to mount my brackets. 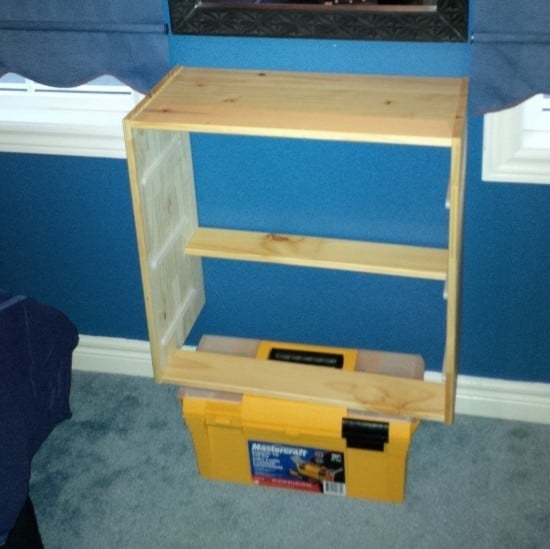 I used two large brackets for the top, (approx 2″). And two smaller ones (approx 2″) for the middle support.
The ones on the left are mounted in a stud, I used drywall anchors for the ones on the right. That should be safe as I don’t plan on loading this with heavy items. 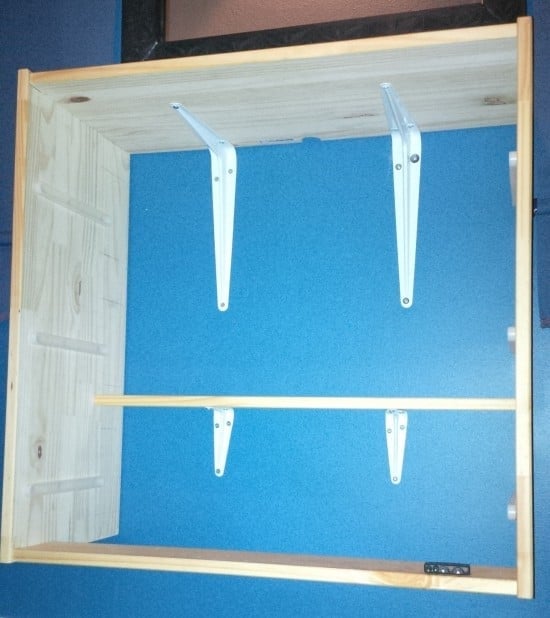 Here is the Finished Product! 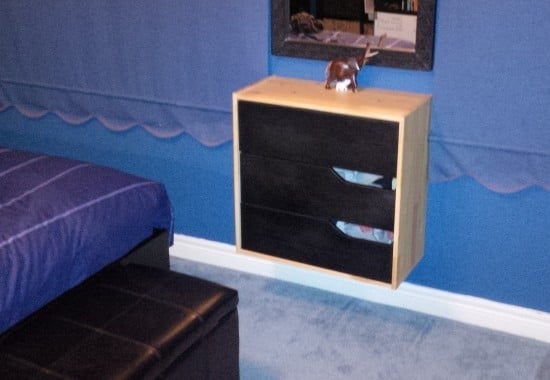