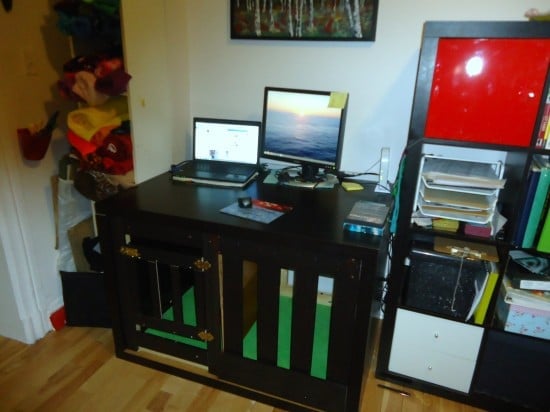 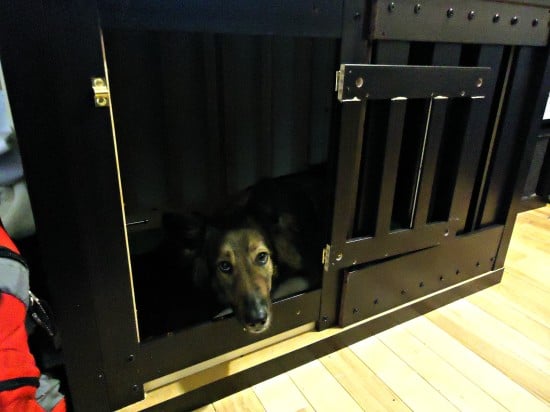 Description: There are a few reasons that prompted me to make this hack;

– I live in a tiny (200 sq ft) apartment which doesn’t have enough space for a dog crate, desk and craft table,

– I’m getting ready for the arrival of a german shepherd puppy so I absolutely needed a crate for her while I’m away at work,

– I was tired of the bulky Expedit desk combination that I’ve been carting around since my first year of university.

– At the same time, a coworker was getting rid of an Expedit desk attachment in the same colours as mine, so I got the idea to combine the two desks to use as the frame for a new hacked crate. Plus I found a rickety LAIVA desk, (which is also in the black-brown colour) by a neighbour’s curb a couple of days before I started the project, and I used that for the front of the crate.

My other consideration when designing this hack was that I will be moving in about 6 months and I needed to build something I could take apart again so it would fit through the doorways. So the front and rear of the crate can be taken out by removing 4 bolts each, and the two desks can also be split into pieces.

Note: If I were to do this again, I would skip using the Laiva desk… it’s pretty thin, and there are many random holes drilled in that affect the final look of the project. Instead, I would simply make the frame and gate from the 2x2s and stain the whole dark brown or black. 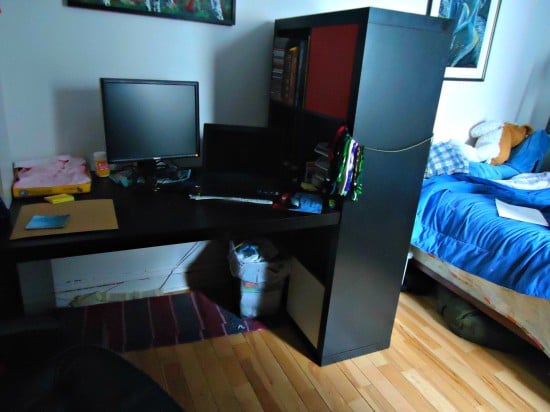 When I found the Laiva desk, I started out by taking it apart to see what I could do with the individual pieces. This gave me quite a bit of extra hardware, and I made my trip to IKEA to raid the spare parts corner which rounded out my supplies for the start of the project. 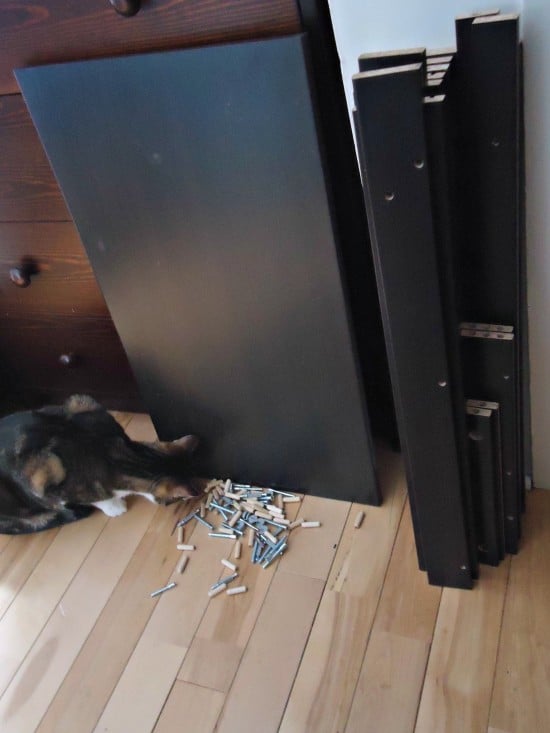 The first thing I did was to invert one of the desks and place it under the other desk, forming a box. The bottom portion is held in place with wooden dowels (I drilled holes into the desk and lined it up with more holes in the “leg” part of the top desk, then placed the dowels). The top portion is held together by two 4″ anchor bolts. 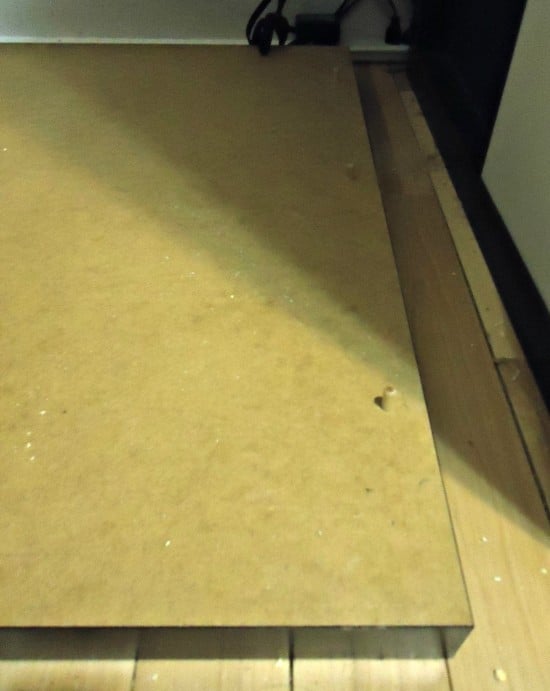 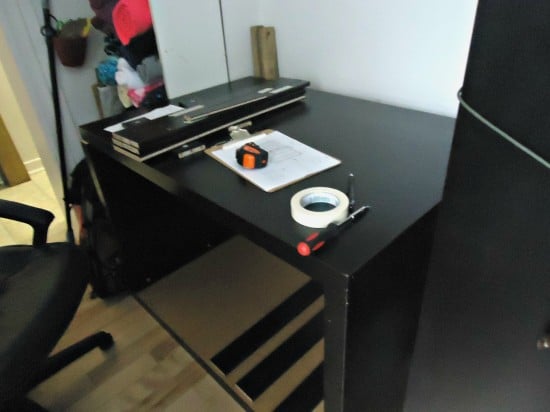 ThenI made pine frames for the front and rear portions of the crate. Here again, the wood is held together by drilled holes+dowels. I used carpenter’s glue to hold it all together, and used the desk portion as a clamp. I left this overnight.

[Ok, to be honest, I left this like this for probably 3 days :P] 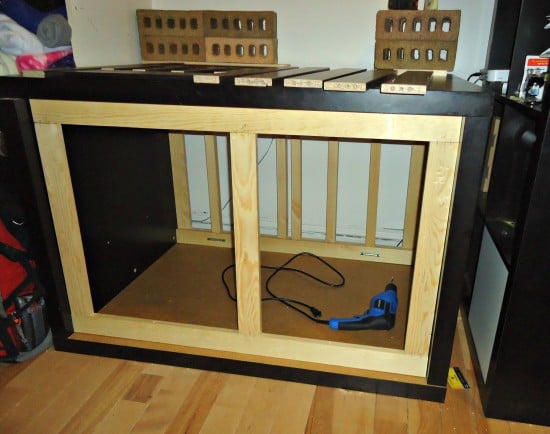 Next I put together the Laiva bits… I made a frame for the door using pieces that had holes in approx the right place, drilling a few extra when necessary. I had to cut a few inches off some pieces, and split a few of the long, thin pieces in 2 to make the bars in the door. The door is held together by dowels and carpenter glue. 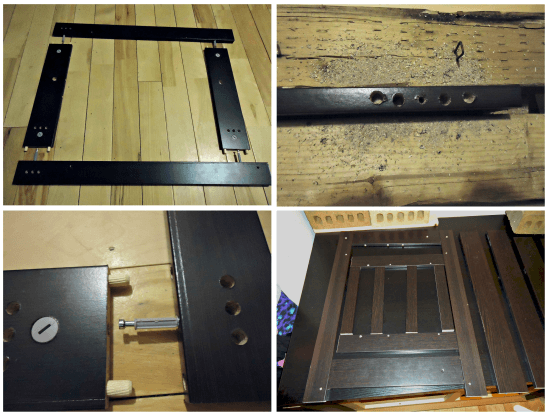 For the other (non-door) half of the front, I lined up some Laiva bits that were a uniform width, but not quite tall enough to reach from the top to the bottom. I hid the gap with an extra sheet of wood on the top and bottoms. All held together with bolts. 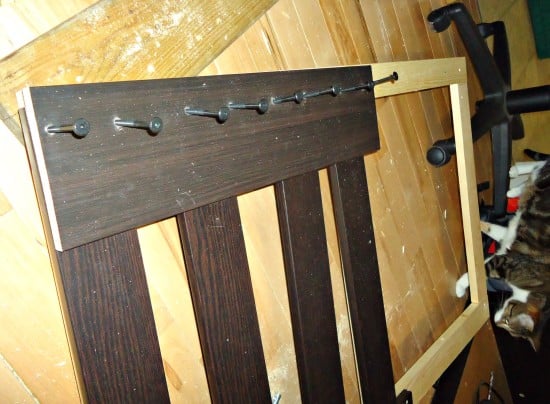 My adult tester snuck in with a bone when I took a break. 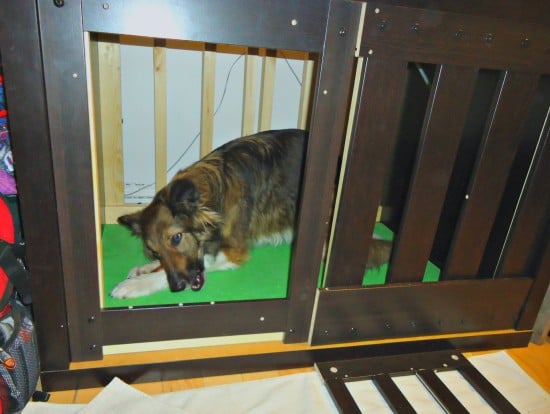 I screwed in some cupboard hinges and a matching latch to complete the door portion. I may go back and add in another latch for the bottom of the door if this isn’t strong enough for the shepherd. 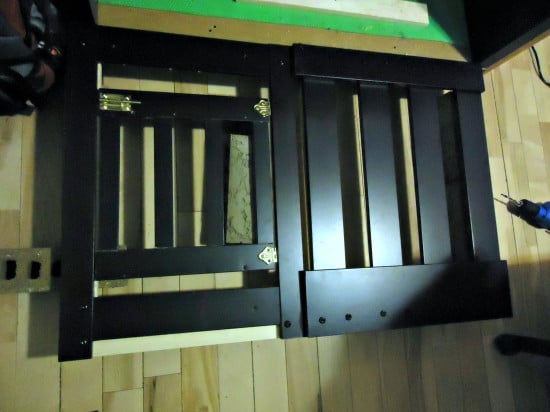 I intentionally left an inch-wide gap roughly in the middle of the front and rear frames. I had some cupboard shelves that were just the right width to insert into the gaps to create a divider, basically to make the crate smaller for the pup, and then I’ll remove these when she gets older and needs more space. 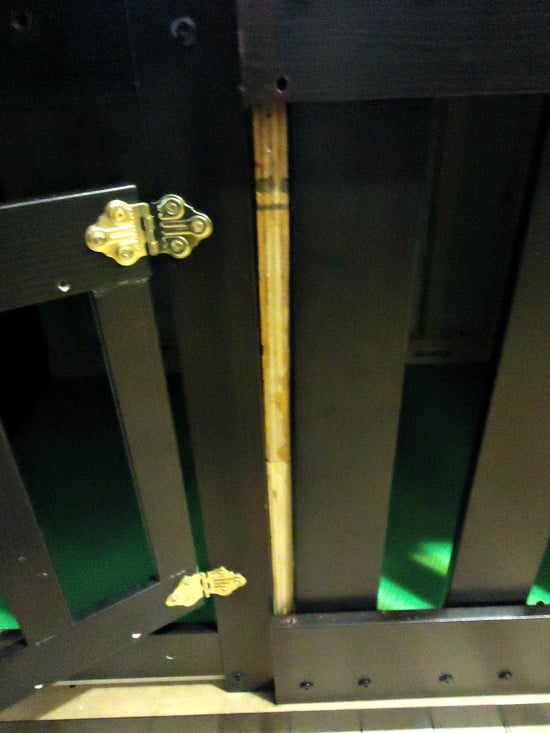 Finished product: much better organised, and I like having the Expedit shelves against the wall instead of dividing the room. It lets in more light, is much more inviting and a bit more functional. The table is about counter height, so a great height for when I need to cut fabric, and then the rest of the time I just set up my laptop and use it as a computer desk. 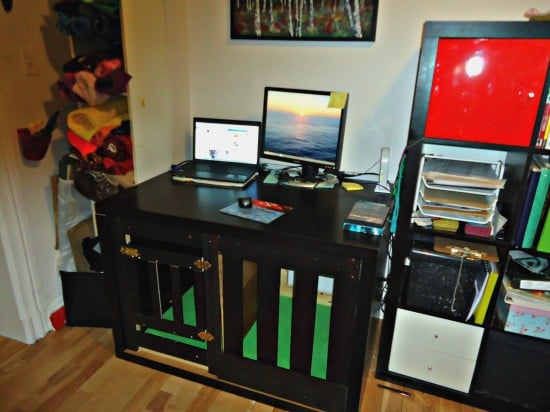 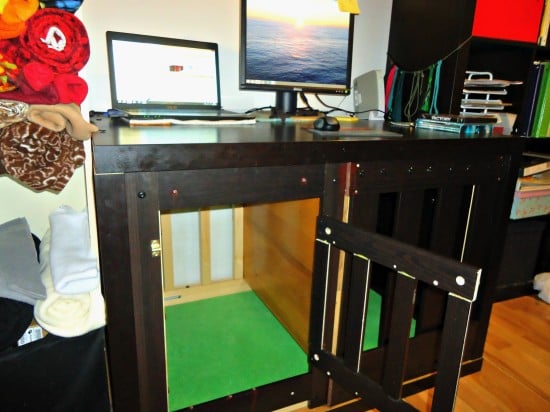 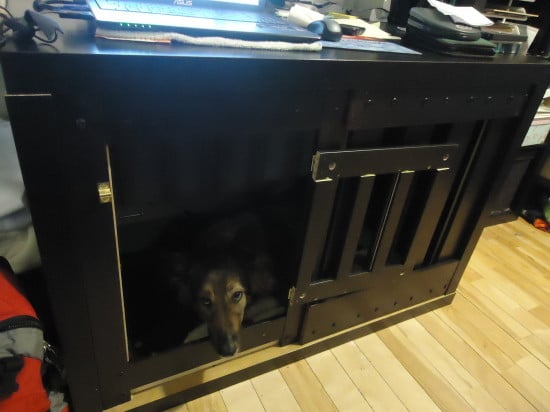