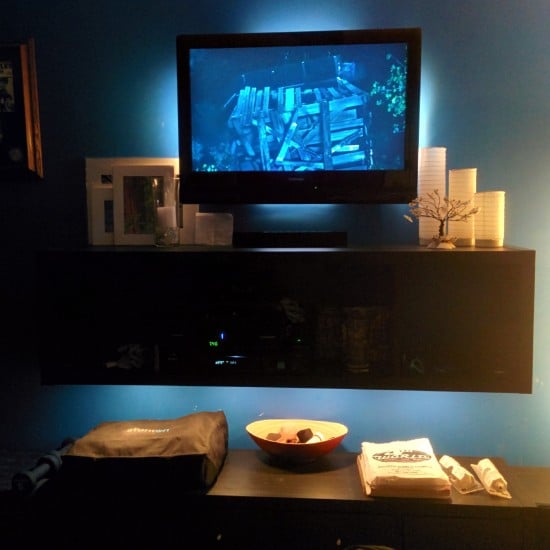 We’ve all been a little upset with IKEA discontinuing the Expedit line; I for one am not ready to say goodbye. We don’t actually have to say goodbye though! Kallax will be taking over, and with it you can have a lot of fun.

I’ve lived a life of clutter for far too long. This year was the end of all of that, or rather just the beginning of the end… who know’s  how long this could take! 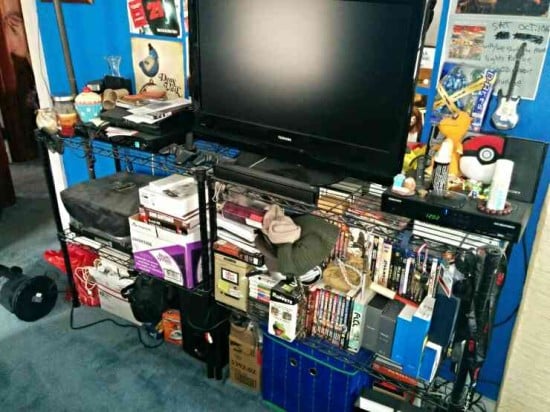 This is an unhealthy mess and was the worst thing to open my eyes to every morning. Behind all of this is an even greater mess of wires. Step one was to remove all of this, clean & wean the junk out, and wipe down the walls. I can’t stress enough that clearing a space is essential to getting an idea of just exactly how something might work in a room, office, or any area you’re thinking about re-doing. Part of my day job involves moves and most of the time I deal with people who assume first, measure with their body, and use absolutely no math or science (or even logic) in the entire project. That being said, clearing the space out and setting all things aside, I marked out my walls for studs, using a stud finder, which would hold up the floating Kallax and my electronics, as well as the fixed tv wall mount. Bear with me, my few images are not fully detailed of what exactly I did but if you have a general knowledge of home improvement or Google you should be fine! 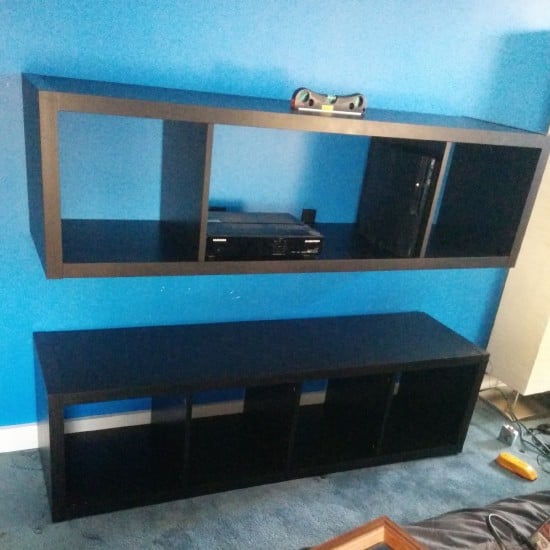 Might I add, please listen to the doodles in the IKEA booklets, its not only for your safety but also your walls! I put together both Kallax units, though the floating one has the center board removed to allow things like my surround sound, cable box, and PS3 to fit. Making sure everything looked alright with the two Kallax units, I set up the wall mounts for the floating unit. Everything was leveled and centered and so I knew exactly where the tv needed to go. 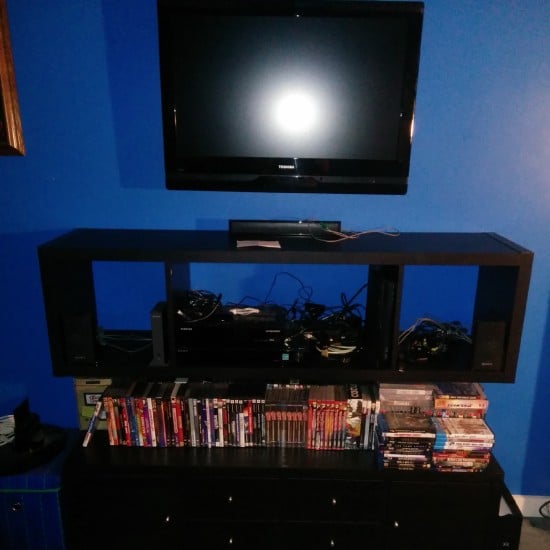 By the end of day 1 I had mounted the floating shelves, installed the cubby and drawers in the bottom storage unit, giving me a bit of originality to my new Kallax units on the bottom. Don’t worry, that’s not how it was finished. The next day, all my wiring took form. At first, I marked my holes, drilled the corners, and took my drywall saw to make my behind the wall spots.

IMPORTANT NOTICE– some homes have what is called a Fire Block. always check if you’re fishing wires behind a wall that you do not have this and you will be able to do it easily. For those of you with a fire block, I had to find it using my stud finder and cut just above it a nice and big enough hole (this can be covered with a 2 gang blank outlet plate later for finishing) and drilled it with my wood-boring bit and the more powerful DeWalt drill. There are plenty of tutorials to show you how to fish wires and finish off drywall holes, so I’ll spare you the details of that. I also put basic white LED lights under the floating Kallax to provide accent lighting on the new shelf below it, as well as the (featured in the final picture) LED strips on the tv. 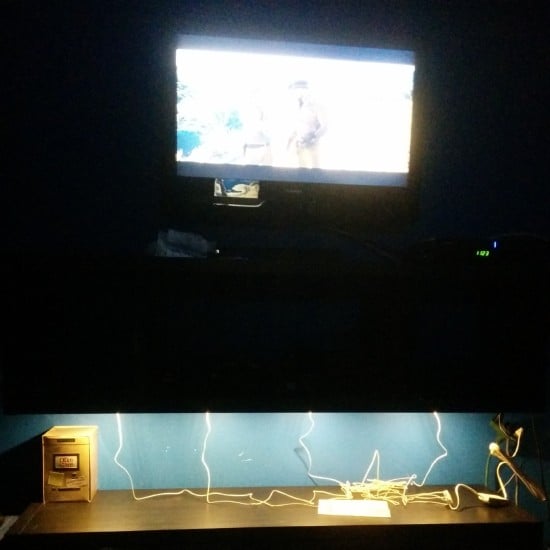 Day 3 was all about finishing everything off. There’s only so much you can hide in a wall. That being said, everything else has to go somewhere and its best that you wrap all those wires up and tuck it back nice and neatly. I gave it all a quick wipe and organized a few things to make it look presentable. Finally finished, this is what it came out looking like:

Most of that stuff on those shelves had been moved to storage or garbage. The DVDs are to be my next project/problem. If you were wondering what I did with that middle shelf piece, it actually worked out quite nicely. The wires tied back and the top of my PS3 seemed a bit level and so I put the board right on top of them to make a nice shelf for my controllers and such. 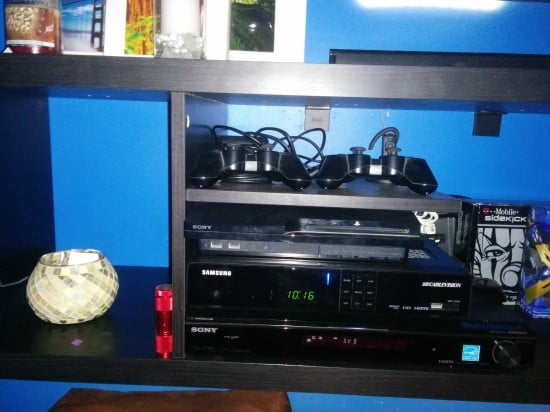