How to use IKEA PAX Doors in Standard Closet 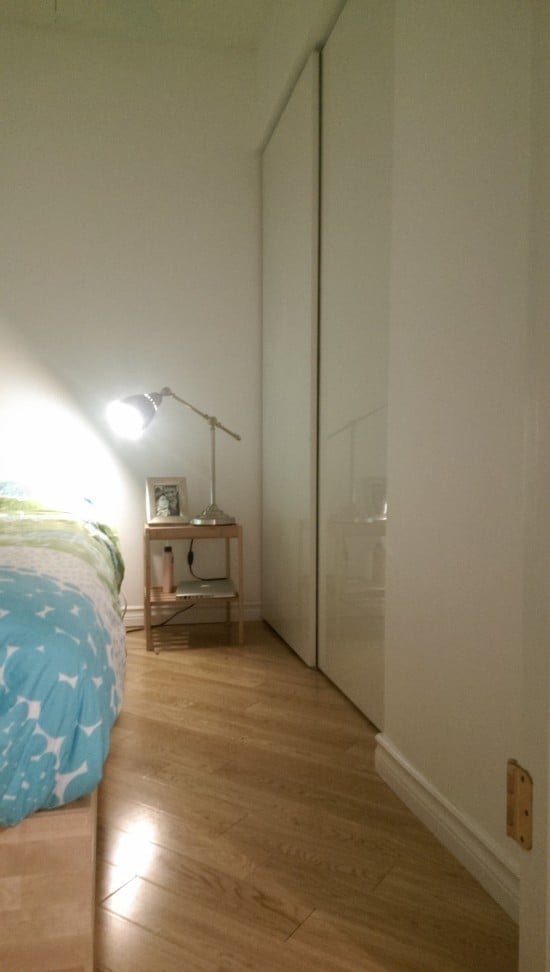 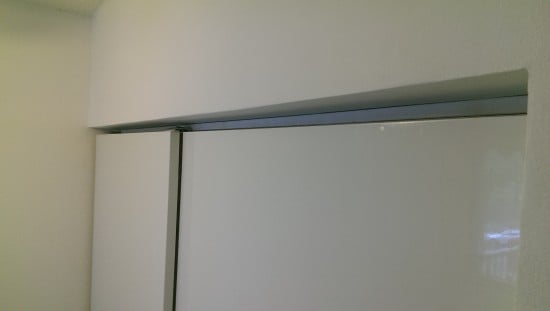 There are a multitude of closets out there like ours roughly measuring 150x200cm (but never exactly). This happens to be very close to the dimensions of the IKEA pax sliding doors which made me interested in them for my project of converting our boring closet with no doors into something we could be proud of.

To start I went off to IKEA and made a bunch of measurements. The sliding doors made for the 150x201cm PAX wardrobes measure roughly 196cm tall and when installed fill roughly 148cm wide. This would be good enough I thought. So we bought it and brought it home to figure out how to mount it. 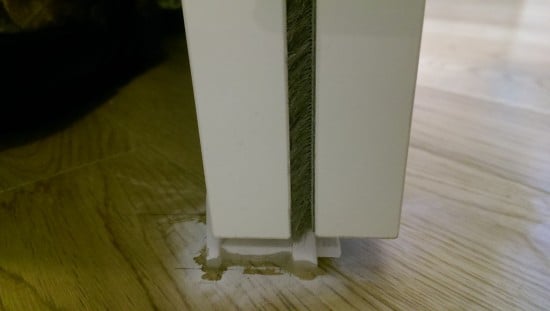 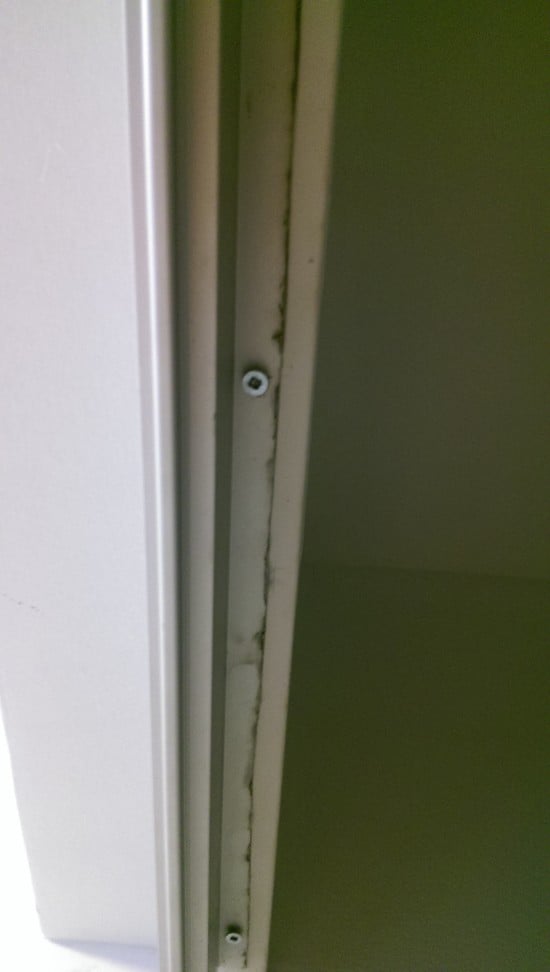 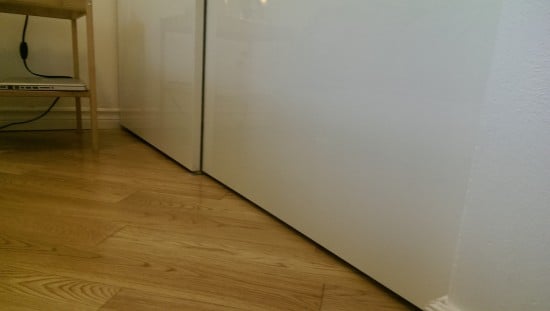 To account for the roughly 4cm difference in closet height vs door high I bought a primed and finished 1×2 strip onto which I would mount the upper rail as seen in the pictures. There is also another reason for this too as the outer door has a metal bracket at the top that sticks up higher than the top of the upper rail itself so it is necessary to lower that rail down in order to have the required clearance.

In order to mount the upper rail to it as I did I had to use an angle grinder to remove the metal lip that would usually stick upwards. If you look around there are other methods of mounting these doors but this is the one I went with and it turned out pretty well. I then predrilled 6 holes evenly spaced through the PAX upper rail/1×2/top of closet and screwed the rail in place. It was more than solid after this.

After this it was as simple as following the IKEA directions for mounting the doors (ignoring the parts about the bottom rail and side covers). Now without a bottom rail the doors naturally hang inwards into the closet which is no good. To account for this I bought a cheap closet bypass door guide from my local hardware store and glued it to the hardwood floor after ensuring that the doors were exactly 90 degrees. It is now very solidly mounted in place without an ugly metal rail running along the floor and without any permanent damage to our hardwood floors. (I still need to take some acetone to clean up the glue that got on the floor around the door guide and run some white permanent tape over the angle grinded upper rail end inside the closet but the pictures shows how it works nonetheless).

Overall very pleased with the results and had fun while doing it. Hope that if you attempt something like this that this can be some help to you as well! 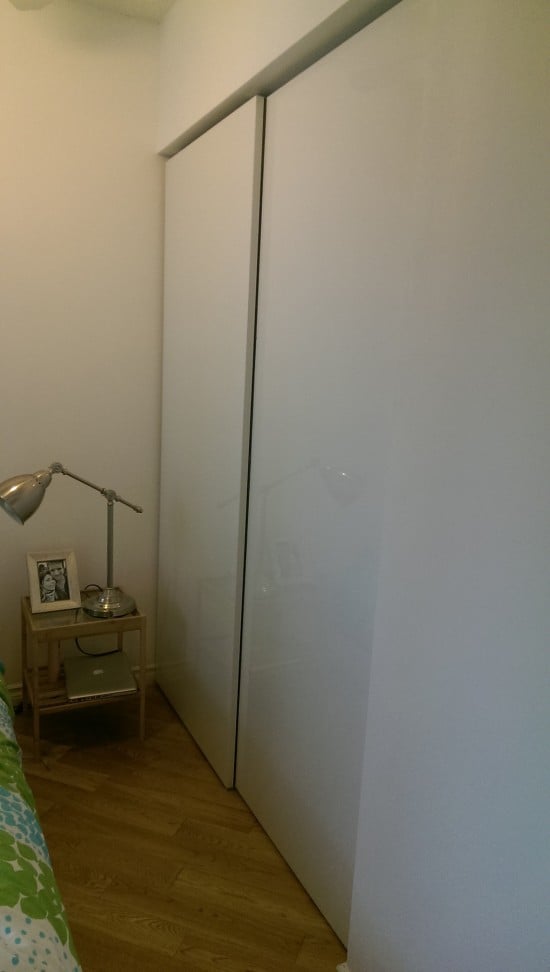