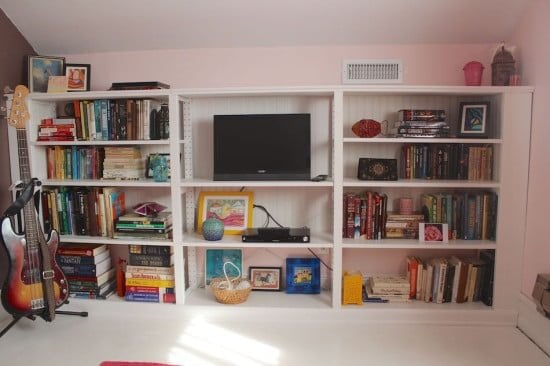 After my divorce, it was time to turn my attic bedroom into a room that suited my personality, as well as a room that blended better with my 1911 Craftsman home. The room was originally finished in the 1980s or 90s when the attic was turned into living space, and it had been done in the cheapest, ugliest possible way. I didn’t have much of a budget to improve it, however, so I was mostly going to have to work with what was on hand.

One of the items on hand was a large, room-spanning IVAR shelving unit, bought more than a decade before. Though I’d always had thoughts of painting or finishing it, I never had, and it was still plain pine. Here’s what it looked like then: 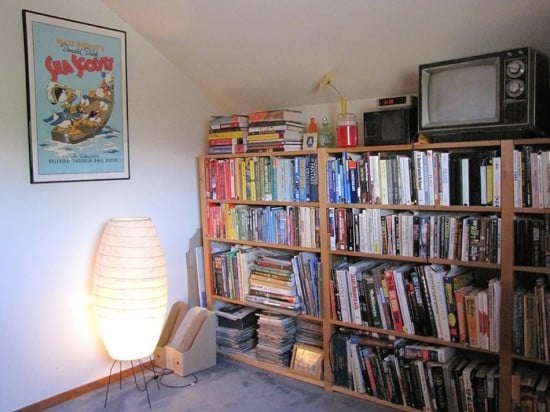 As far as bookshelves go, it was nice enough, but I wanted something more for my “new” bedroom. I considered just painting it, but then, inspired by a Pinterest pin, I realized that an IVAR — despite its open back and sides — could be converted into something that looked more built-in, and more traditional. This is done all the time with BILLY and other similar bookcases, but I had not seen it done with IVAR before. 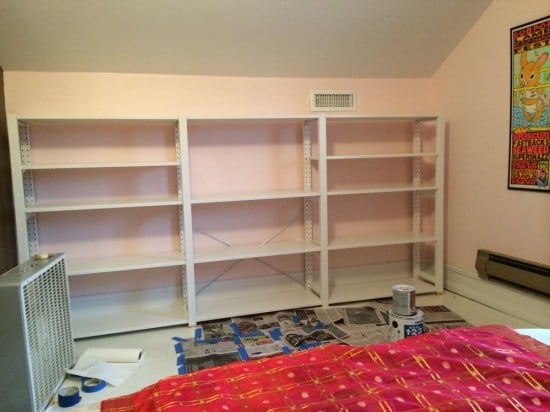 The steps to turn IVAR into a “built-in” are pretty straightforward. First, painting all the parts. 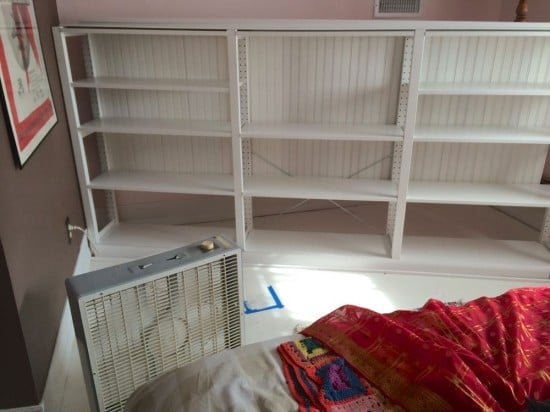 Then nail some beadboard paneling to the back and sides. In our case, we used wainscoting panels left over from a bathroom remodel. Each panel was only about a foot wide. I don’t recommend this if you can avoid it; use larger panels. Getting the small panels placed accurately was a challenge, and we had to take the panels off and redo them to make them perfectly straight. (In this photo, that hasn’t been done yet.)

You might notice that the beadboard does not cover the back of the bottom shelf. In our case we found that the height of the panels we had was perfect for backing the upper shelves, and it didn’t really bother me that the lowest shelf was open to the wall. Your mileage may vary. 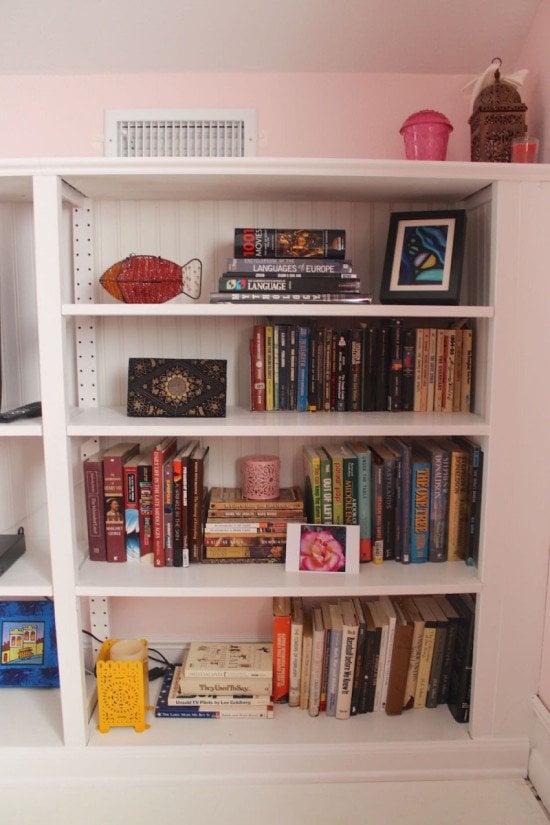 To complete the built-in look, we had to fill in the space around the bookshelf so it would meet the wall. At the top, we needed a few inches of shelf on either side. There was a spare shelf that wasn’t being used, so we cut off the two ends from that shelf (so that the metal pieces that hook onto the pegs would be intact), and put those end pieces in place, with triangular wooden support pieces to hold them up. Then we cut and placed MDF pieces to fit the vertical space between the shelf and the wall. Look closely at the photo above and you can see the faint seams.

Finally, we added trim to the upper and lower front of the bookcase, spackled, and painted. The result looks great, and the project was inexpensive since I already owned the IVAR and some of the beadboard. The supplies I needed to complete it were paint, spackle, nails, trim, MDF, and some beadboard because I didn’t quite have enough. It was much cheaper than buying new furniture to fit the space, but I feel like it’s new!