Thirty years ago technology pundits pontificated about the imminent development of the “paperless office”, but it sure hasn’t arrived at my house yet.   So I always need something that can organize and store the paper documents that still seem to accumulate on my desk like utility bills, parking summons, IKEA receipts, etc. IKEA’s “Dokument” letter tray was almost perfect for my needs: it’s cheap and it’s elegantly modern.   But a single unit didn’t have enough trays to let me organize all my stuff, and I didn’t want to spend the desktop real-estate on two units – so I decided to combine the parts from two Dokument kits to get 6 vertically stacking trays in one unit. 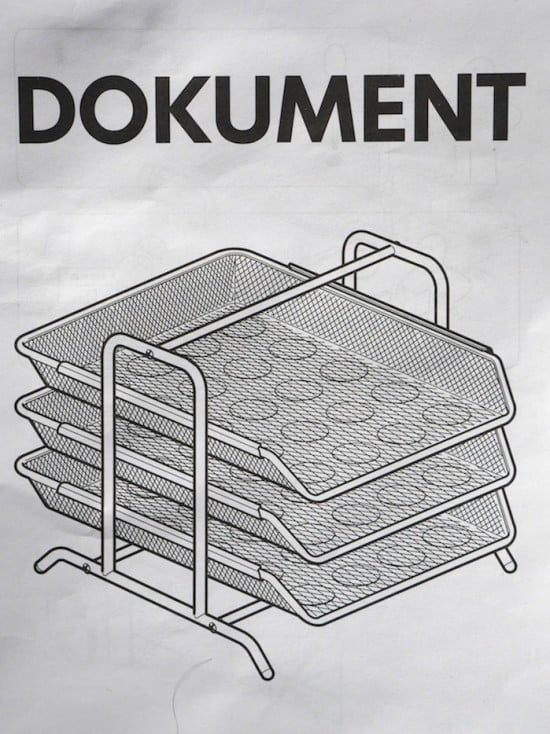 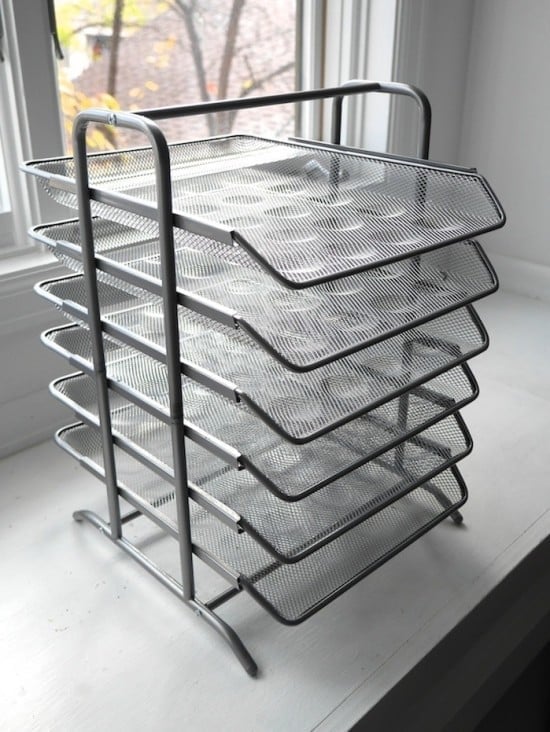 The beauty of this hack is predicated on the extremely fortuitous decision by IKEA’s designers K & M Hagberg to use horizontal spanning rods that happen to fit exactly inside the vertical support tubes.   The idea is to cut the top loops off of the pair of vertical support tubes from one kit, and the bottom foot tubes off the second kit.   The three horizontal rods from one kit – one of which is cut in half – can be slipped very snugly inside the resulting set of four vertical supports to connect the top and bottom halves into a single 6-tray unit.  Another fortuitous aspect of the original design is that if you make your cuts on the top and bottom halves the same distances from the foot tubes and tray channels, respectively, the resulting spacing of the trays will be uniform top to bottom. 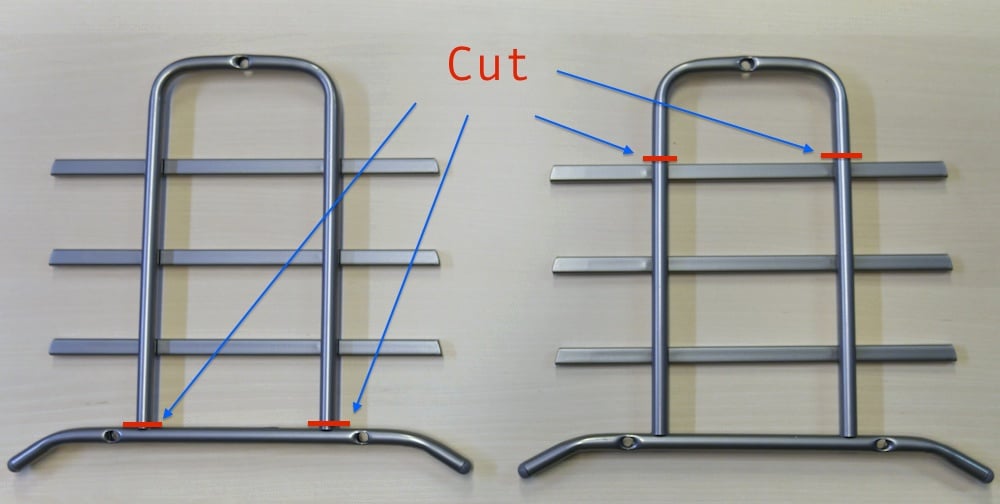 You could probably use a hacksaw to lop the top off of one kit and the bottom off the second, but I highly recommend the use of a cheap tubing cutter found in the plumbing section of your hardware store.   This makes a very clean cut through the Dokument tubing, though the precise fit of the vertical tubes and horizontal rods means you will still need to completely deburr the cut to get them to slip inside each other.   (Wrap the area to be cut with tape to reduce marring of the surface.) 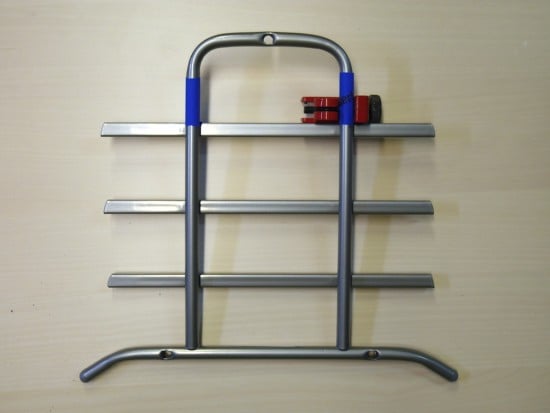 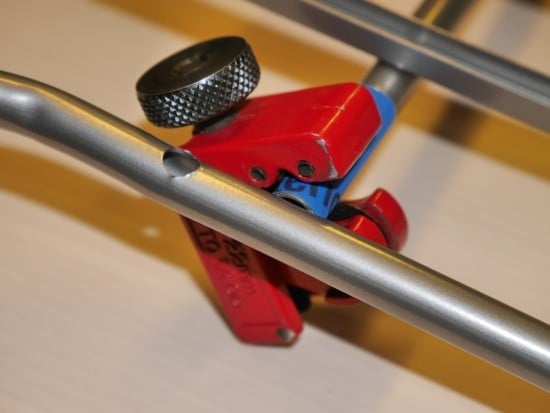 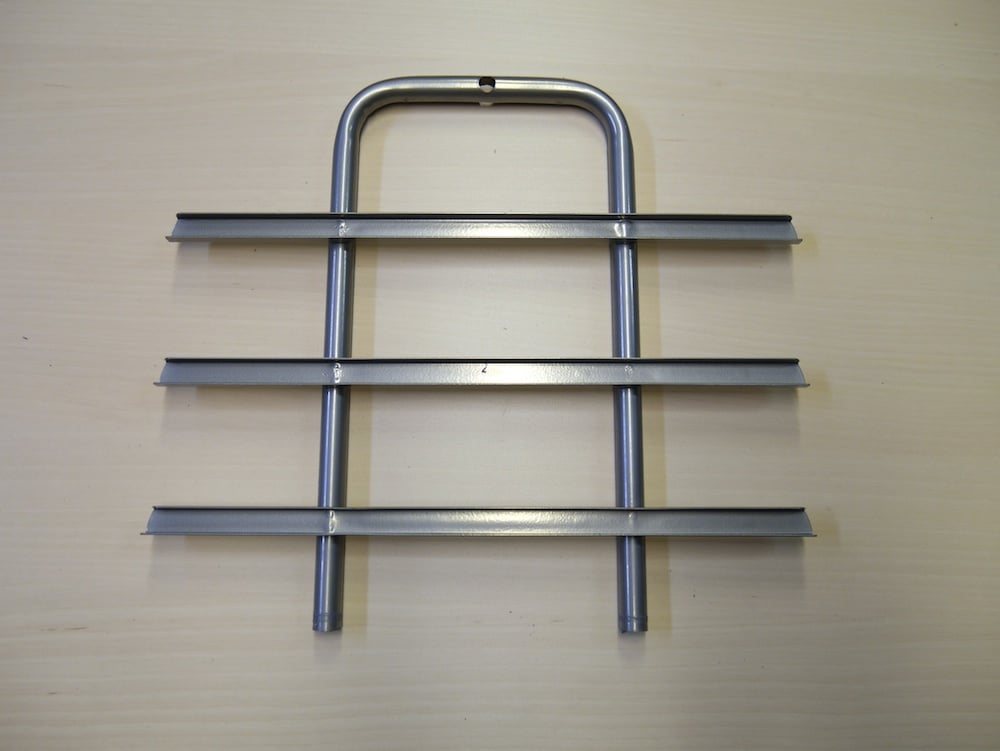 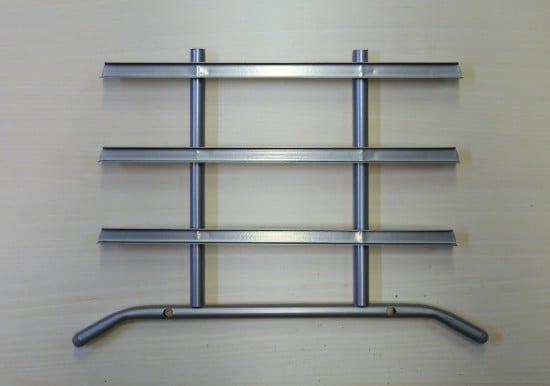 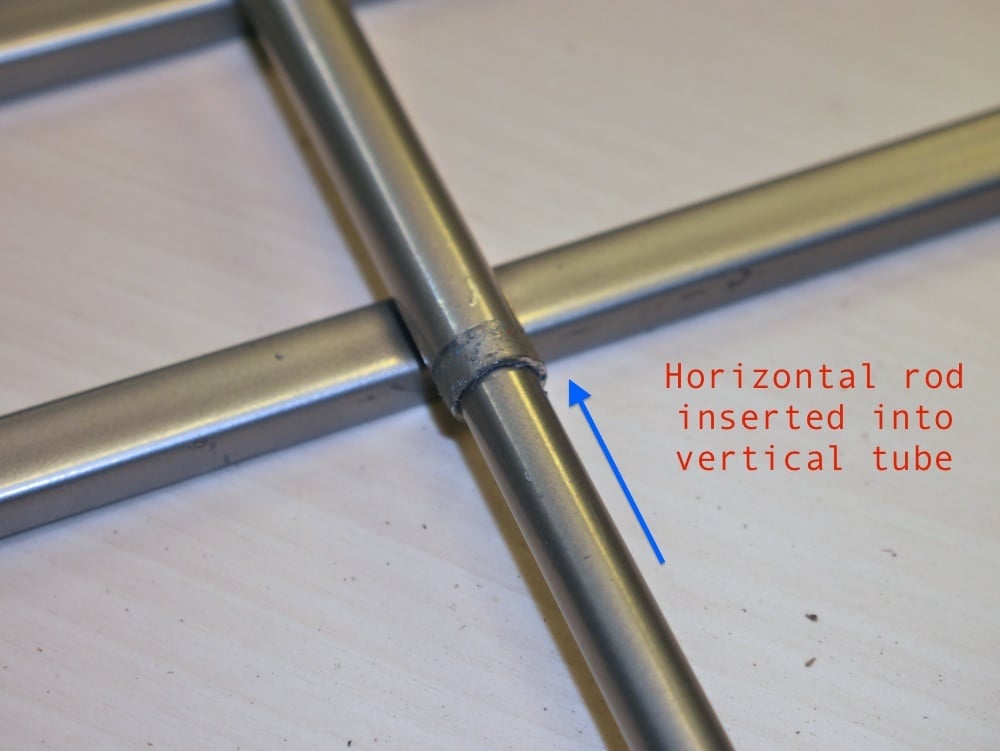 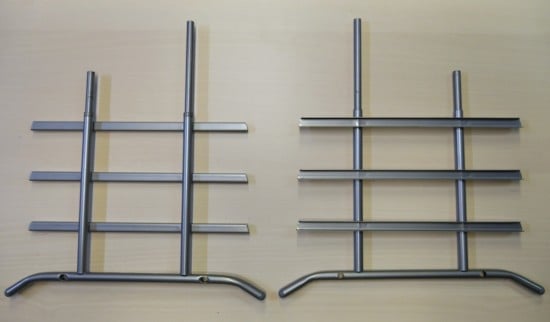 You will probably also find that the four sets of vertical tubes that you’re working with are not exactly parallel-aligned and it will take a bit of muscle to flex them into alignment so that the support rods will line up and slip inside.  I placed a few drops of Superglue inside each of the vertical tubes and spread a bit around the outside of each of the rods before slipping them inside each other.  (Work quickly, because Superglue has a short open time.)  I also used a few judicious taps from a rubber mallet to get them to fully seat against each other. Let the glue set for a few minutes, slip in the wire mesh trays, and voila!   A Dokument 3-tray unit is now hacked to be a 6-story high-rise! 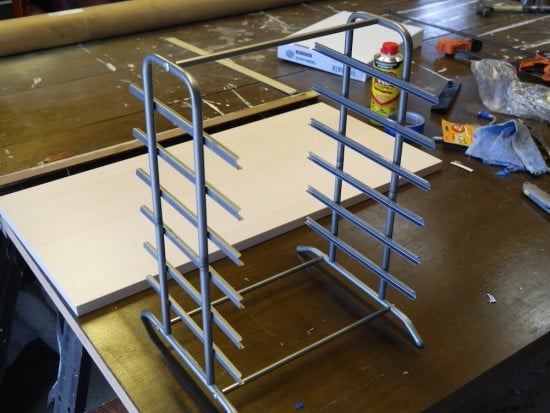