I had this LACK tv unit for 49 euros in Germany and needed more space and closed/secured space (because of children).

So I decided to improve it with two LACK tables (each 5 or 10 Euro) and a BESTA Board (same colour).

I also made out of cheap wood the frame for the enclosure of the spaces, so that I can hide stuff there and cover it with some fabric.

This is the result: 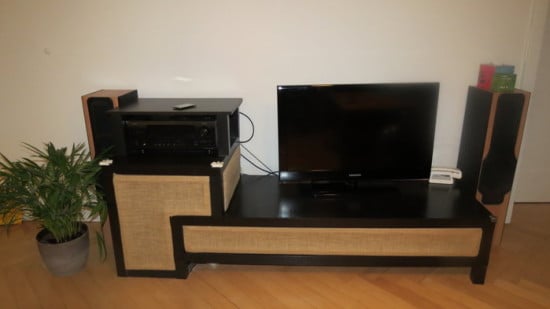 I used two tabletops for the left side and the board where the AV-receiver is situated.

I had the table legs cut like I wanted it in a shop, and used the left overs (I only needed 4 for the two tables) for the dark-brown colored BESTA board which you can see above the Receiver. I attached the legs with some Wood cubes, which exactly fitted inside the legs of the LACK table. So I could screw the Wood cubes on the BESTA board and glued the legs of the LACK table on them. This is stable enough. But the legs are not fixed on the LACK table, so the unit above the AV-receiver can move (but not far…)

Also, there is no physical connection between the two LACK tables (and legs) and the original TV unit. It would be possible, with glue or the same wooden cubes I used for the BESTA board, but I don’t want to destroy the LACK unit. (Why? I don’t know…perhaps I can sell it later?) 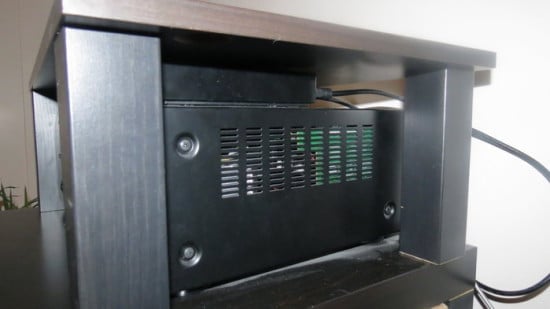 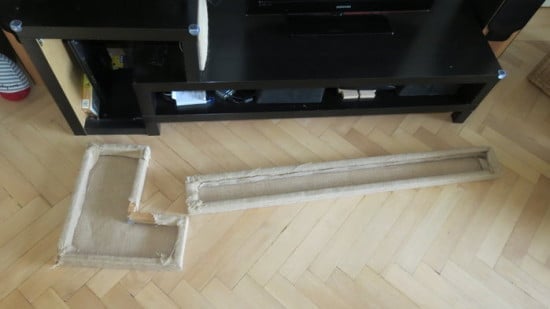 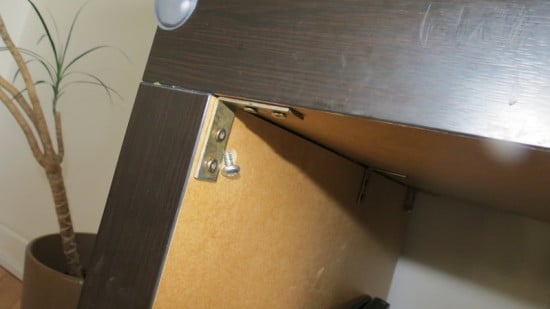