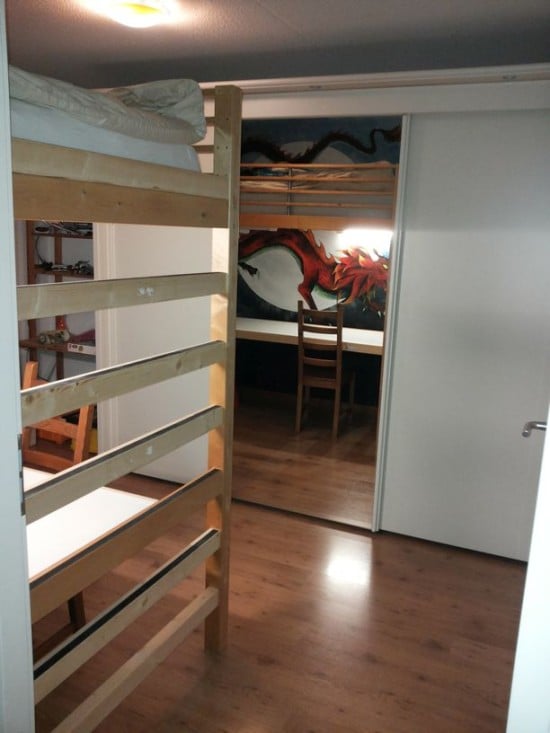 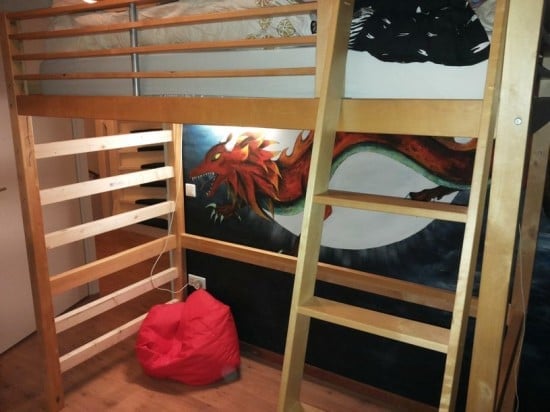 First of all, I will have the name of that bed wrong. I can still read the part of the label that says ‘Ikea’ but the rest of the label is damaged…

This bed has been modified a number of times…

1. This bed started out as a two person ‘high sleeper’, ie. 1m80 x 2m. Some friends gave it to us. (If someone knows the exact model please do tell.) (I think it is an IKEA FJELLDAL ~ Jules)

3. My oldest daughter had been sleeping in another Ikea bed, an Ikea Kura. I modified that one (raised it a little and fixed it to the wall) and I painted an image of Ariel on the wall. 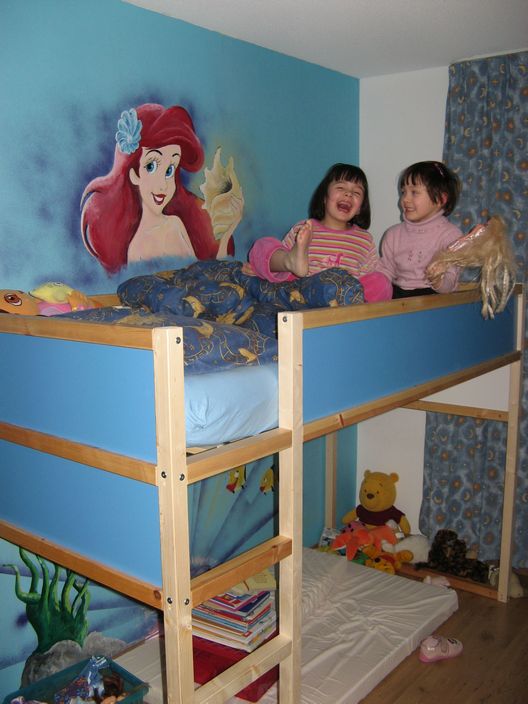 4. Now she’s a lot older, and outgrew her bed as well as Ariel, so this time my youngest daughter and I painted a dragon (on that same wall). (The dragon is one of her designs.) We set it up in such a way that it would stay visible later.

5. Then came the already slimmed *FJELLDAL* high sleeper. I’ve added some additional ladder rungs (thick and heavy enough to carry an adult) to one side. 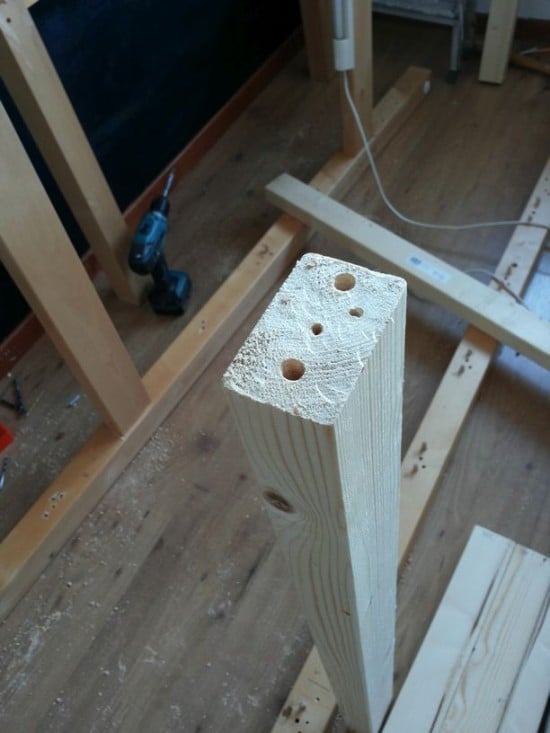 6. Inside the bed frame I’ve added some supports to carry the desk. As usual I’ve overdone things (even the desk can carry the weight of an adult if need be… I tried :-)) 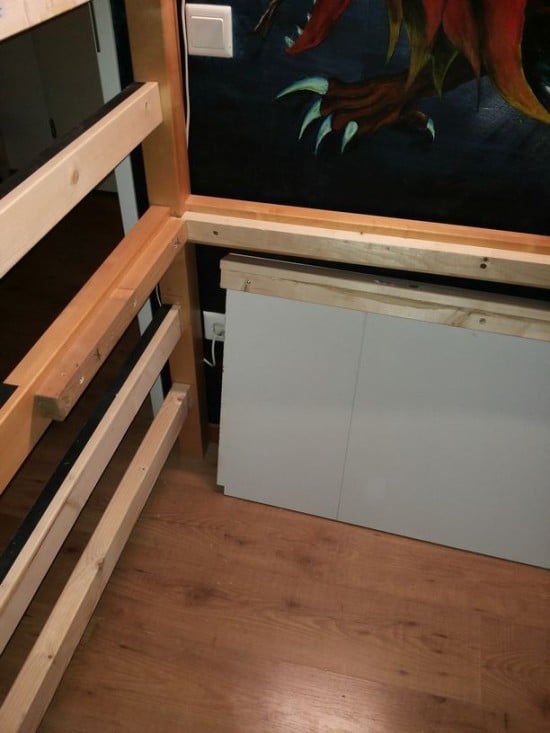 7. The room isn’t too big, so I took an image through the open door, showing dragon, desk, bed (and an Ikea chair and Ivar rack).

The painting took about three full days, the woodwork about two. 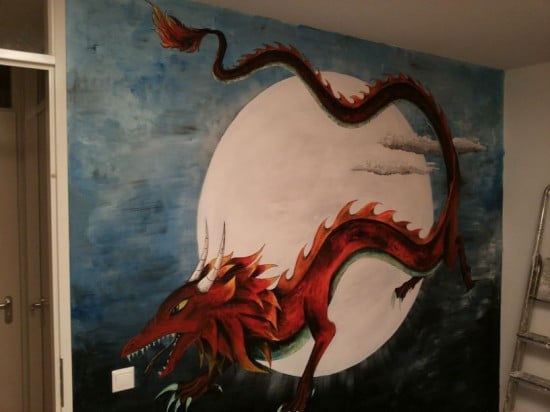