In the attempt to combine several functions in a single object as much as possible for a tiny holiday apartment in a fishing village (not where pictures have been taken!), I came out with this idea to create bedside tables which are also cozy lamps projecting light all around them.

They exist in two versions, a female, with top basket in upright position, acting as a nest for any kind of little object, and a male one, with top basket upside down, offering a flat surface to hold, for instance, a book or glasses.

Each light-table has a total height of 45cm. As a side-effect, it’s also possible to combine the two tables and obtain a single 90cm floor lamp. 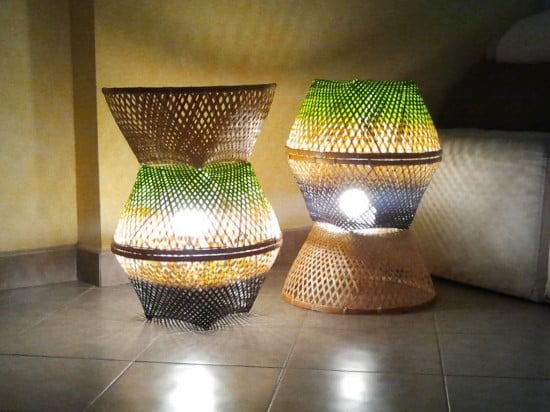 The starting material for each table was:

– transparent plastic wire to ‘sew’ the different baskets together

Building up the table is extremely easy, mainly consisting of connecting plug, switch and lamp socket through the wire, which easily finds its way through the basket holes and sewing together two of the three baskets while leaving the third linked only along a couple of centimeters to allow opening for lamp replacement. The bottle holder is only used, glued to the basket bottom, in the ‘male’ version, to allow the lamp rest obliquely inside the basket. Inside the ‘female’ version, the lamp is instead pendant from the top of the middle basket. 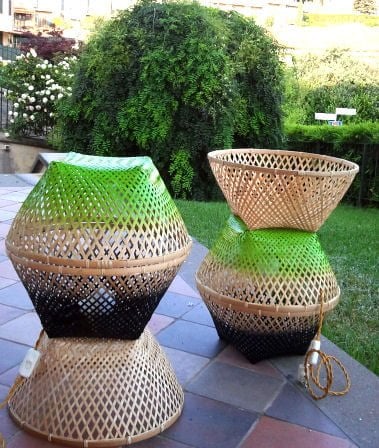