What to do with an old radiator? Sit on it

I recently started work renovating the hallway in my house. Most things were easy enough to rip out and replace but I was initially pretty stumped as to what to do with the radiator, as it was in kind of an awkward place and I really could be bothered going to the trouble of moving it and the pipe work.

It was an old aluminium panel thing, all scuffed and rusting. I had wanted to get an old school industrial iron column radiator but to buy these were just too expensive for my budget.

I eventually found a supplier selling some cool Delonghi column radiators which were of the proper dimensions I was looking for, and took the top off an old NORNÄS bench I’d bought in IKEA a while before and fitted it to the top of the radiator.

Now I have functional and pretty cool looking radiator bench! 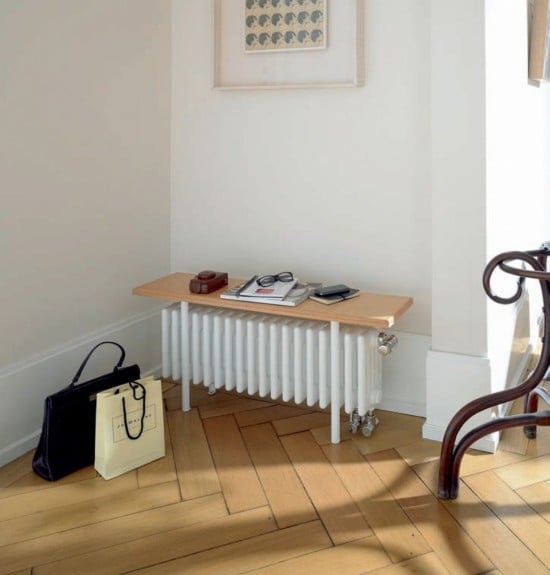