I wanted some light for my computer desk, and I like the Kvarna because it  doesn’t take much space, but I didn’t like that the light is so close to the table surface. So I was at IKEA looking for something I could put under the Kvarna, and the cheapest candidate was… another Kvarna. I cut and stripped the wires from one lamp and thinned the ends. On the other, I stripped a bit of the outer insulation, so I could run 4 wires through the existing hole: 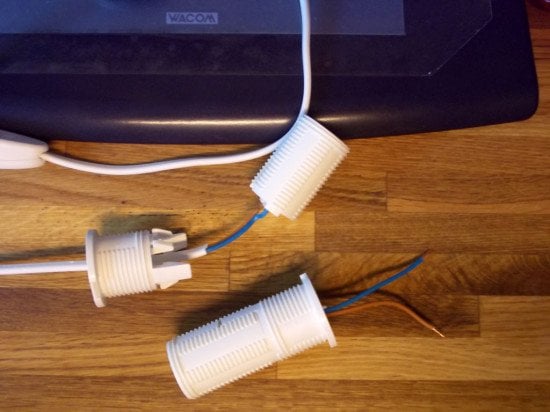 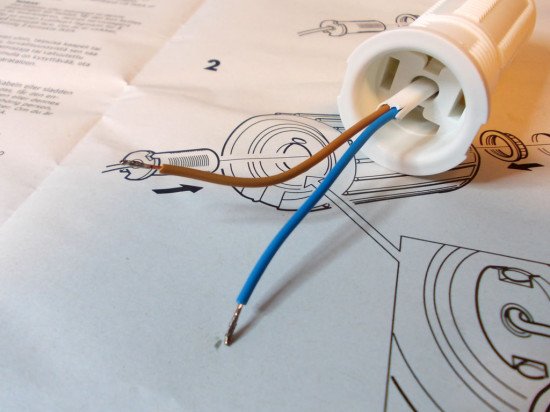 There is room on the connector for 4 wires, so this is relatively straightforward: 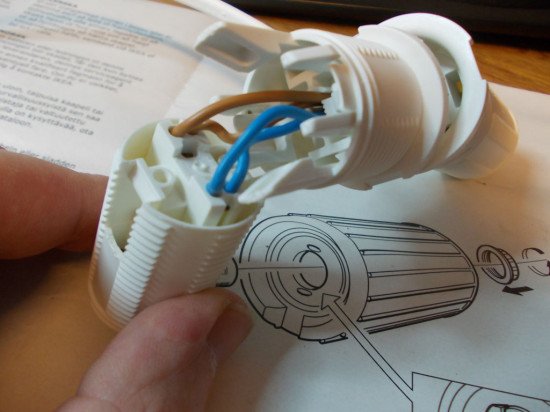 Testing if everything works: 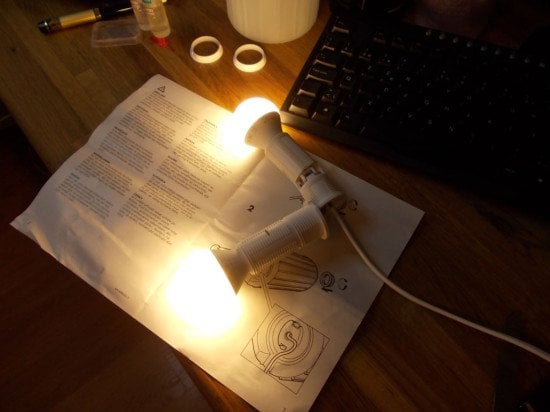 After testing, I assembled one Kvarna, and secured the cable with hot glue (I’m using low power LED lights so hot glue should be sufficient): 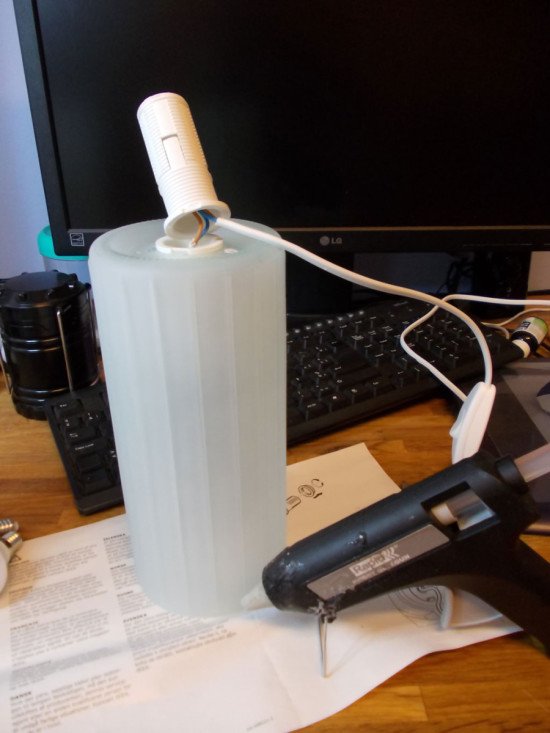 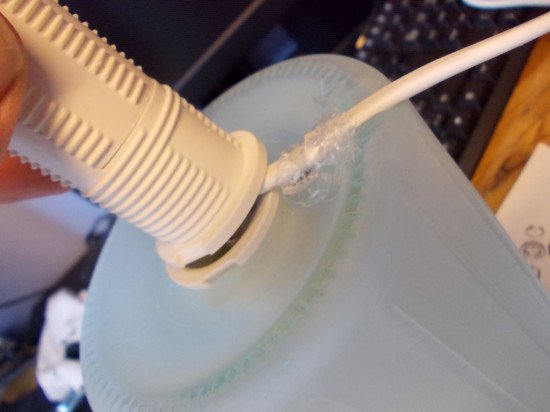 I then glued the two Kvarna together, bottom to bottom, and finished assembly of the second one. Don’t forget to align the indents for the power cable. 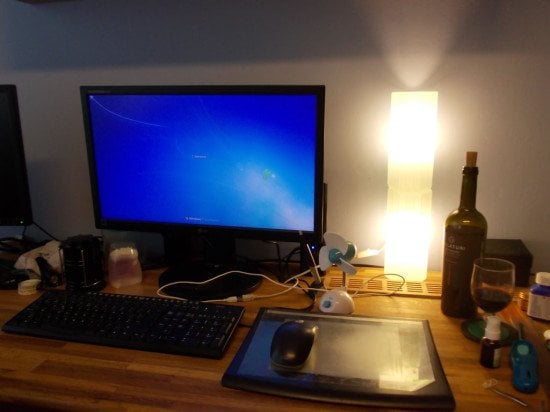