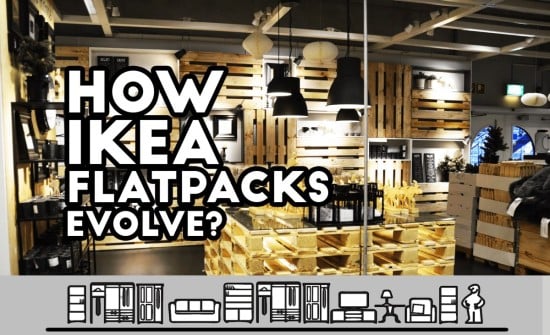 IKEA flat pack furniture has been re-setting global standards for home furnishing ever since 1956! It is far from coincidence that many of the top leaders in the furnishing industry are in fact based on the very same flatpack assembly concept IKEA is most famous for.

IKEA is among the first (if not THE) flat pack furniture retailers in the world. Have you ever wondered how the home furnishing giant constantly pushes innovation and creativity? The company aims to further improve efficiency and thus flat pack furniture pricing for all IKEA lovers.

Here is a peculiar example from a handful of IKEA’s most popular models – the Textur lamp, Ektorp sofa and Bjursta table. This will help us understand how the flatpack furniture pioneer manages to constantly push flatpack revolution worldwide! 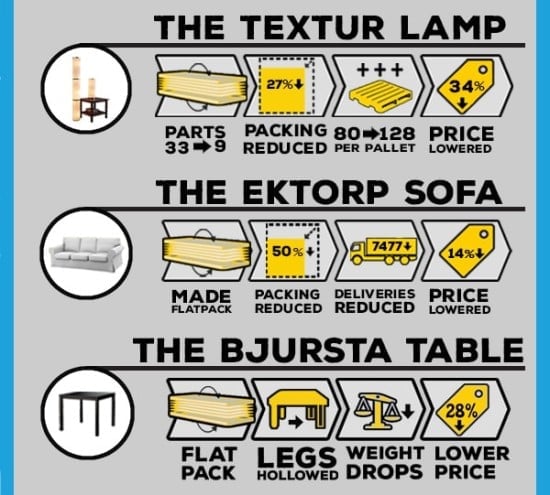 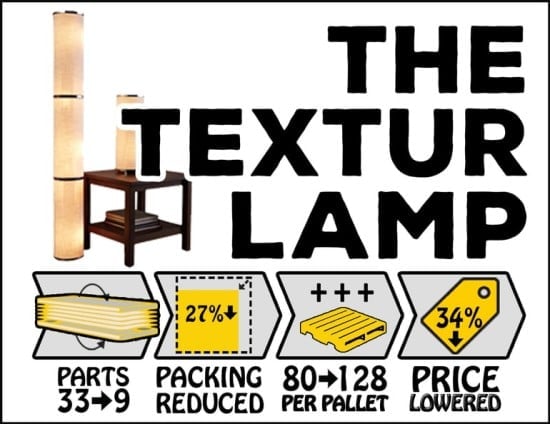 By improving the flatpack assembly itself, the IKEA company managed to reduce the final pricing by 34%!

Before the update, the flat packed lamp used to be built in 33 pieces, but now it is assembled in only 9 pieces.

This knock-down improvement allowed the retailer to reduce packing space by 27%, which on its turn increased the number of lamps they can transport and deliver from 80 to 128 per pallet. The extra 48 flatpacks stand for extra 37.5% in inventory shipped at the same cost!

By optimizing the flatpack assembly, IKEA managed to reduce the final unit price by the staggering 34%! 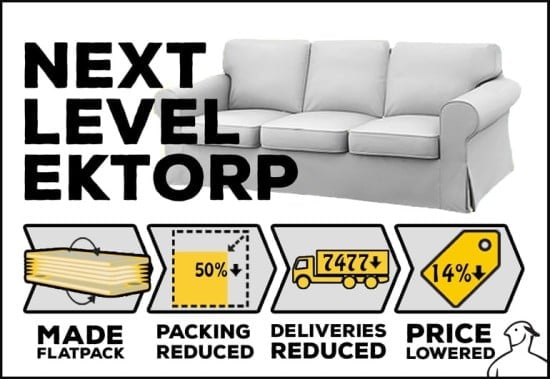 By upgrading their EKTORP sofa from an assembled item to a flat pack unit, the company managed to reduce the final price by 14%!

Before the upgrade, the sofa used to be a single pieced unit. Clients did not have to put anything together, nor follow tricky assembly manuals.

At a certain point in time, IKEA’s flat pack designers found out that if they improve the sofa and turn it into a ready-to-assemble unit, they will manage to reduce packing by the staggering 50%!

The result is quite impressive.  Now being a ready-to-assemble piece of furniture, the Ektorp flatpack improvement lead to the staggering savings of €1.2 million in for a single year! 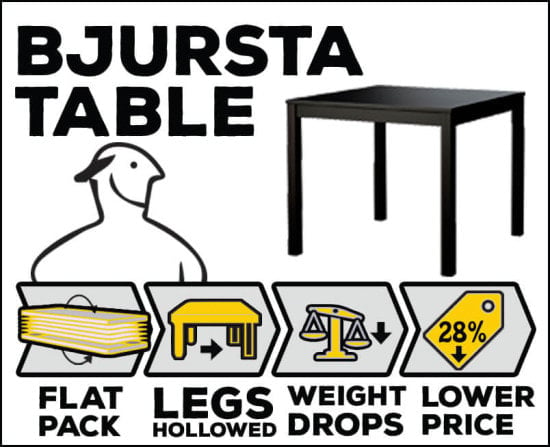 By reducing the weight of the BJURSTA flat pack unit, IKEA managed to reduce the price per flatpack by 28% and the comparison is from 2012 to 2011 alone.

Many furniture pieces are assembled from solid wood, but at a certain point IKEA’s designers realized that if they make hollow table legs, they could achieve impressive cost efficiency via weight.

At first it might not sound that impressive, but when you realize how much IKEA has managed to save on weight and timber you’ll start to understand. 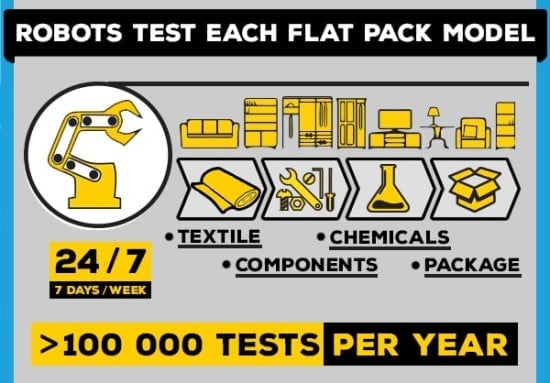 IKEA is a worldwide home furnishing leader and as a reputable brand it cannot sacrifice on quality. IKEA’s testing labs are quite amazing.

Beds, mattresses, cupboards, drawers, all units pass a list of tests to ensure montage and assembly sturdiness, dismantling stress tests and the list goes on.

According to rumors, the flat pack pioneer plans to expand its testing lab in Älmhult up to 6.500 sq.ft.

As a result of all flat pack tests, the furniture company recalls a handful of products off its shelves each year.

In order to keep up with latest trends and consumer demand, the flat pack company has built and put together more than 100 testing facilities around the world! The approximate number of all read-to-assemble furniture tests is more than 100 000 per year! 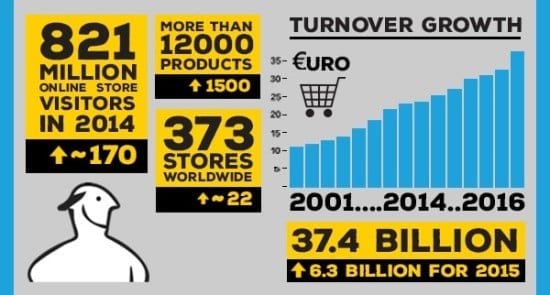 What do numbers have to say?