need a laptop desk? diy your own stand

“i’ve been looking for a laptop desk so that my poor mac won’t overheat in the summer time. i was appalled to find that the two most common returns to a search were like… REALLY expensive. 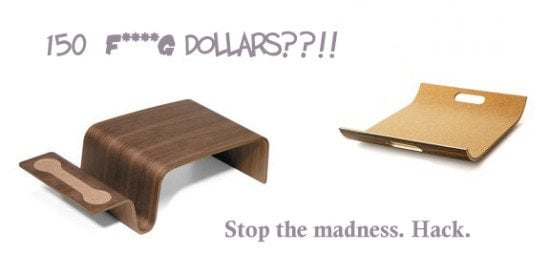 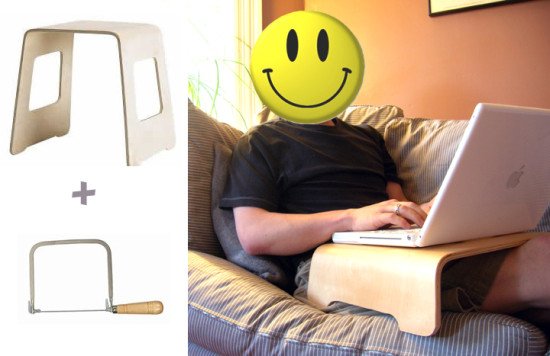 this absurdly simple hack was done using the $19 benjamin stool and a $6 coping saw. you could make it pretty snappy by taping off the edges and spray painting the inside a really bright color. you could also make a shallower tray if you had access to a table-saw with a plywood blade on it.”

lazymonster’s grundtal laptop stand
this looks precarious but lazymonster has tested it for months and says it has served its purpose well besides displaying the laptop like a piece of art. 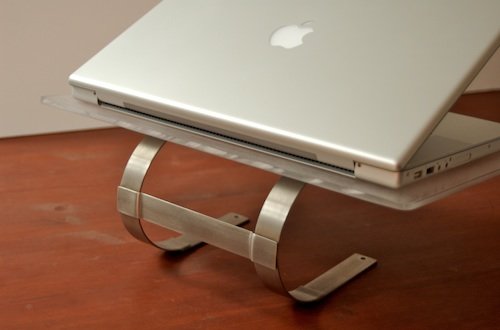 it’s put together from an old ikea grundtal paper towel holder (can’t find the link on ikea website) and some plexiglass sheet. and is made to be used with a tablet and keyboard, so he doesn’t really “touch” the laptop. so, no, you can’t type away merrily on this.

thanks! nigel, kevin, ian [via lifehacker]

gino’s variera macbook stand
another cheap laptop desk option. gino from the netherlands used the ikea variera kitchen shelf (can’t find the link on ikea website) which fits his MacBook to a T.

“since the shelf itself is perforated, it helps to cool the bottom of those overheating notebooks. i ended up mounting the shelf upside down on its legs (pix below does not show this as it is a composite picture using the original variera). this prevents the notebook from falling off the shelf should you push against it from the front or the back.” 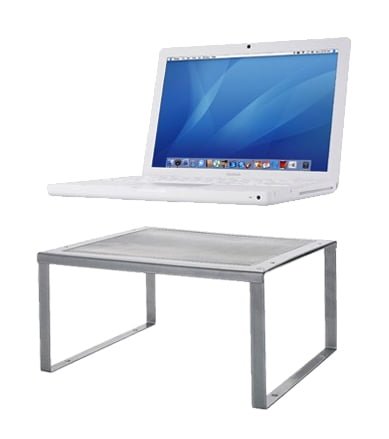 creaneo84’s funky monitor stand
breaking slightly from the theme but i couldn’t resist slipping in creaneo84’s awesome monitor stand that hides ugly cords too. also from a hacked benjamin stool. the front red panel is the deal maker. 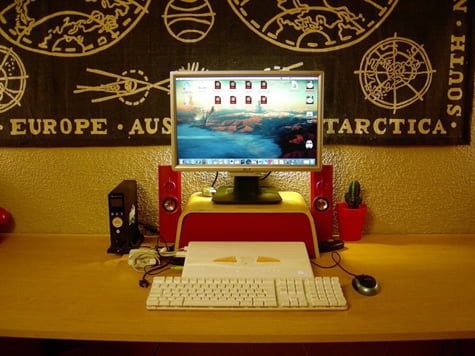 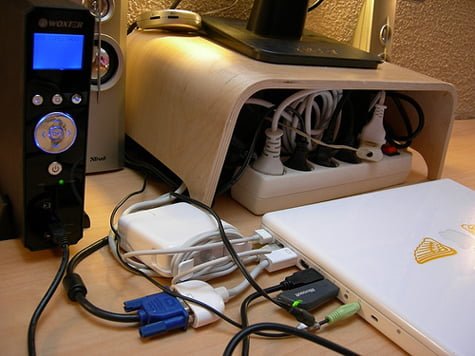