paul turns the benno cd tower into a wine rack.

“i needed some kind of very narrow wine shelf that had to fit in between my book shelf and the loudspeakers. the power socket on the wall there has to be reachable, too.

after a while of pondering the possible constructions it came to me to just slightly modify a benno cd tower.

step 1
just build it as it is meant to be but leave out the back wall. don’t worry, it’s still quite stable (at least if connected to something else).

step 2
mount the new wine shelf laterally to an existing object. i connected the shelf to the cupboard with those nifty connector screws by ikea. just ask nicely at their spare parts counter. but i’ve heard that you can get those connectors also at the hardware store. 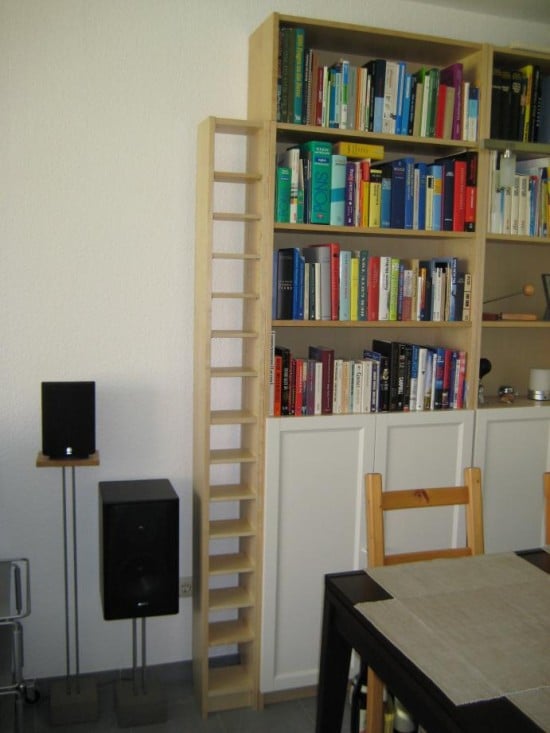 i wanted to get as many bottle spaces in the shelf as possible, preferably looking square, so i mounted the shelf boards with a 3 hole spacing – in my case i had still shelf boards left from another benno.

step 3
fill bottle spaces nicely with bottles – letting the necks stick through the back towards the wall. each space takes up to 2-3 bottles (depending on their diameter). if you like (and have enough booze), place one bottle decoratively standing on the top. 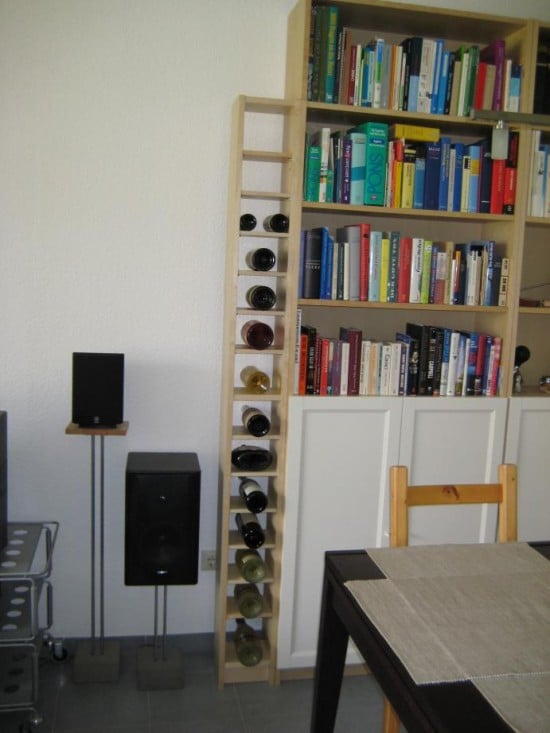 possible improvements: as the bottles tend to roll around when lying alone in their spaces, some kind of dimple in the shelf boards could help – or just stack’em to the brim!”