lucian marries the stolmen with jarpen for a wall of good-looking bookshelves.

“after searching for months for the perfect modern, open bookshelves, i noticed the stolmen line. but the shelves seemed too weak to hold hundreds of pounds of books. not to mention two young boys and the occasional earth quake. so, i modified them quite a bit.

i used the stock stolmen poles and end brackets. they are very sturdy. 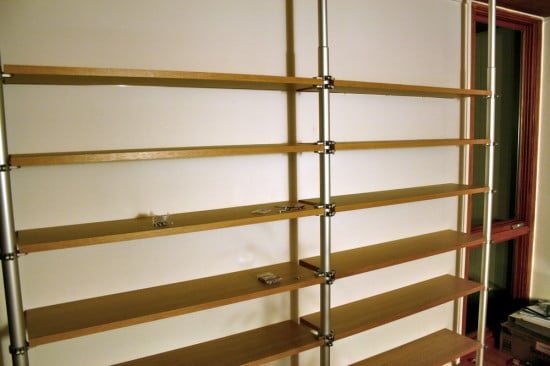 for the shelves, i used jarpen shelves because they are nice and thick and are of good quality oak veneer. the only problem with this is that the shelves are in different widths than the stolmen drawers, so i was not able to mix in a few drawers. 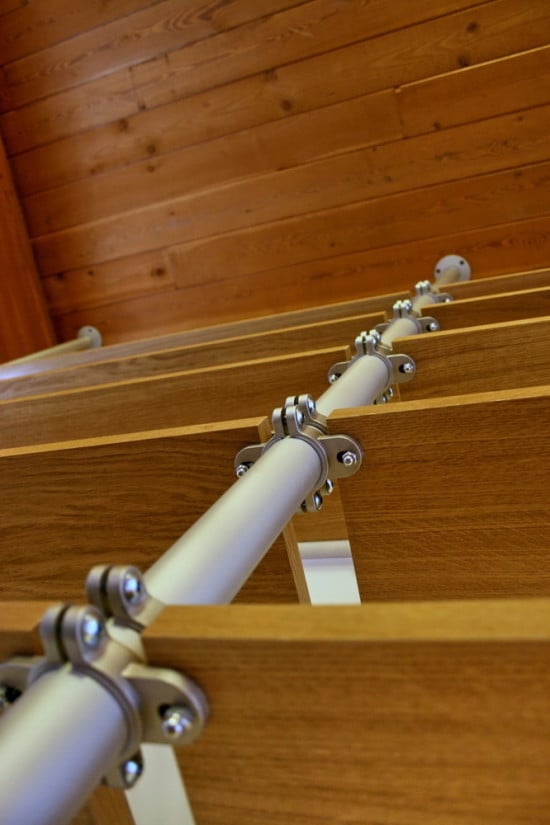 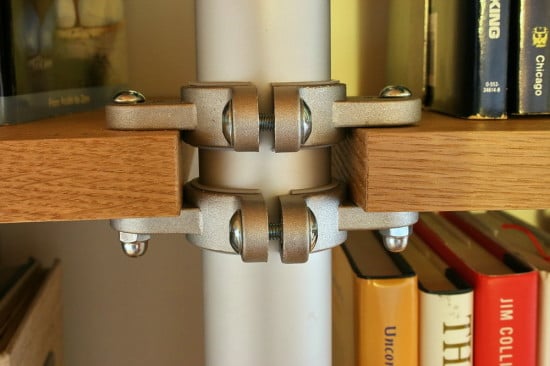 i wanted the shelves to look light and simple so i screwed an extruded aluminum L shaped strip to the wall. when the shelf is set on the aluminum L strip, it covers the portion screwed to the wall so it becomes almost invisible. 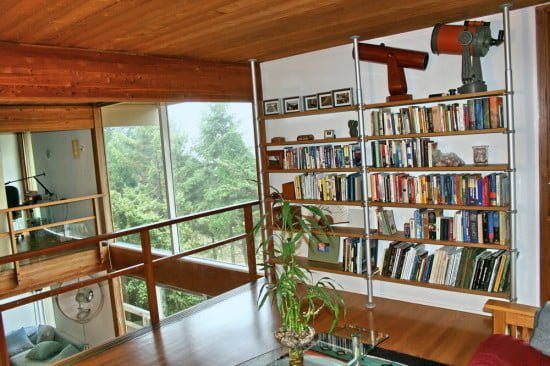 the whole thing took quite some time to put together. measurements have to be pretty exact because the wall brackets have to align exactly with the stolmen brackets on both left and right shelves. even 1/8 inch (off) starts causing problems. also, it is rock solid and doesn’t jiggle at all when pulled on. it required 175 drill holes and 96 screws.”