linus from sweden modifies a malm drawer unit for his media paraphernalia.

linus says, “this is a modification i did to a malm about a year ago. basically the idea was to be able to hide my receiver and DVD-player as i really didn’t want to see them. i can still use the remote control since i have an infrared extender with one end in the former drawer and the other outside. 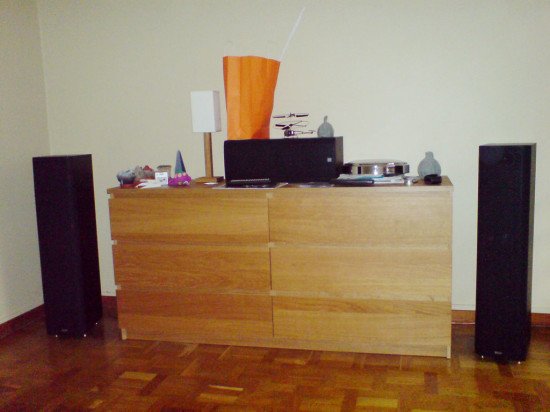 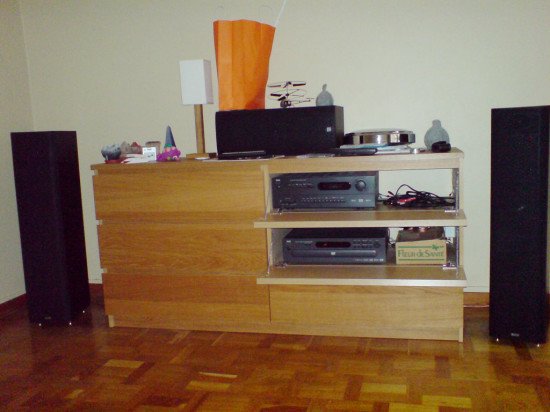 once i had unpacked it and figured out how it was supposed to be assembled i started modifying it. shelves were made from spare shelves from an ikea wardrobe. by using them as raw material i could save the finishing on the outer side so that the shelves would also look like oak. cutting them was done using an electric jigsaw. my entire apartment was filled with sawdust as ikea particle board shelves more or less fall apart when sawing through them.

the shelves were fitted in the ‘housing’ using plugs – this way i can actually disassemble the malm and convert it to a standard one, if needed. 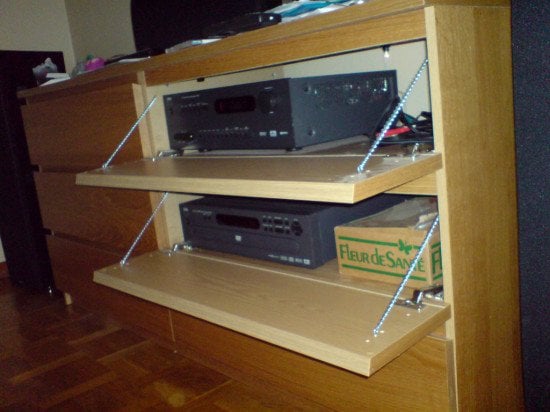 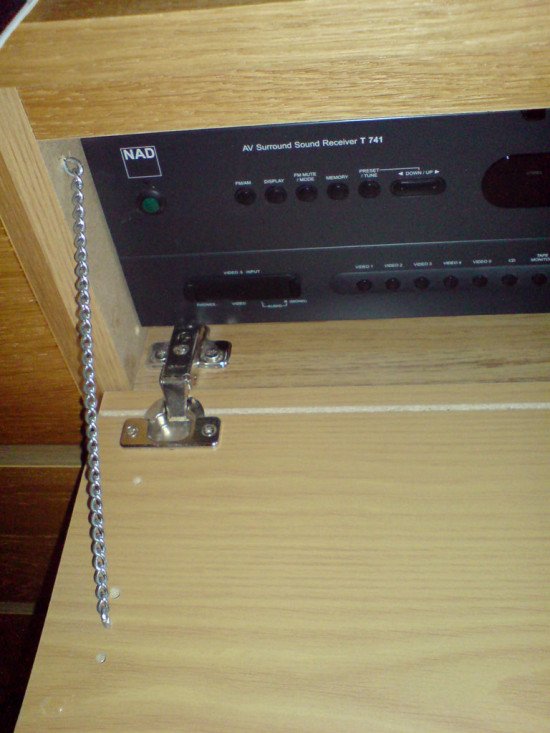 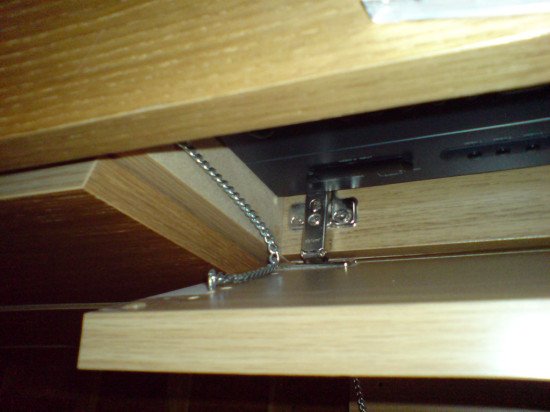 next came the most tricky part: the hinges. the hinges used are the same type that are used for kitchen cupboards when you want to get a flat surface. to get the positions right, i built a dummy from spare parts, just to be see where the holes should be. drilling the 36 mm holes where the hinges folds down into was tricky as they partly covered the track in the front normally used for the bottom of the drawer. i used a hand held drill, it would have been way more steady with a proper rig.

the result was not perfect, the holes are slightly out of place, but by using the built in adjusting screws in the hinges you can’t tell that they are not level.

as expected, the hinges could not take the horizontal load. they are designed for vertical use, so when i or some friend accidentally opened the doors too hard or placed something on top of them you can hear the screw trying to pull out of the particle board (which is not exactly good to screw things to from the beginning). so i had to add the chains to ensure disaster is avoided.

total build time for this project was about 20 hours, with the help of one friend. planning the project and figuring out how to fit the hinges took at least at much time. in the end i’m very happy with the result!”