this is the last leg of the lack marathon. today’s spotlight is on the lack shelving unit – a staple of ikea and a hacker favourite.

he says, “this hack includes the assemblage of 2 lack shelving units, some plywood, stain, blots, and some sweat. 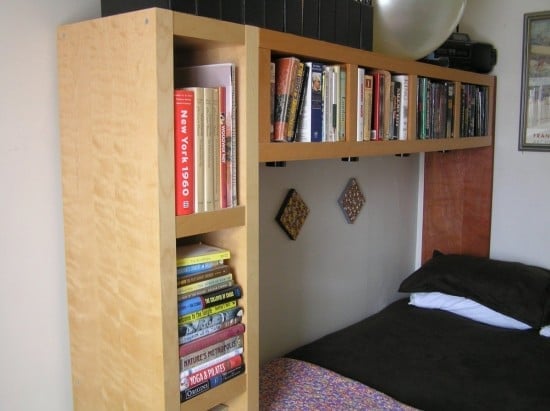 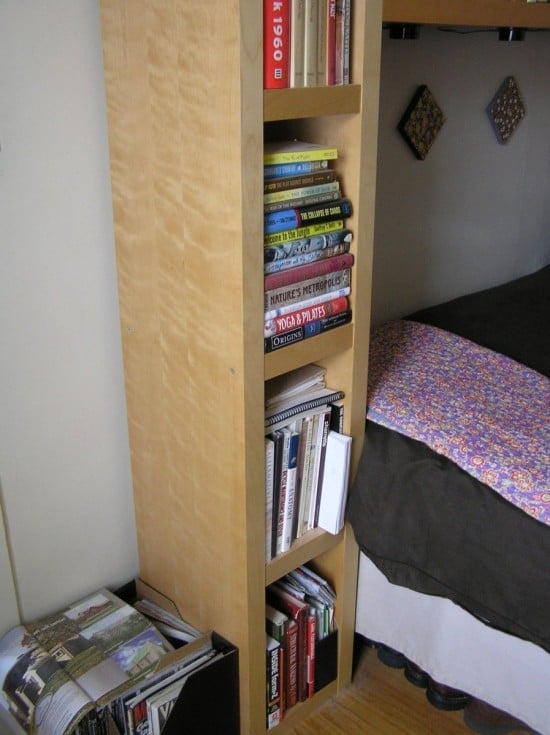 i bought one lack shelving unit full price from ikea, and found the other for cheap in the returns/damaged department. one unit turned out to be slightly darker than the other one.

in order to frame the bed, i made measurements, and had plywood cut to make up for the difference in length of shelf unit versus bed. i chose a stain slightly darker than the darkest lack shelving unit, so that i have a progression of light to dark shades. i purchased the ikea puck lights and installed them on the bottom of the horizontal shelving unit for night reading. it is a very relaxing space, especially on a cold snowy day.”

a fan cooled media cabinet
ryan of AT’s unplgged.com created his own wall mounted floating tv cabinet. but he says, “the problem however, was that mounted on the wall and with the doors closed, the inside of the cabinet became extremely hot, not a good thing for all of my components. the solution? take this one step further and turn it into a fan cooled media cabinet.” 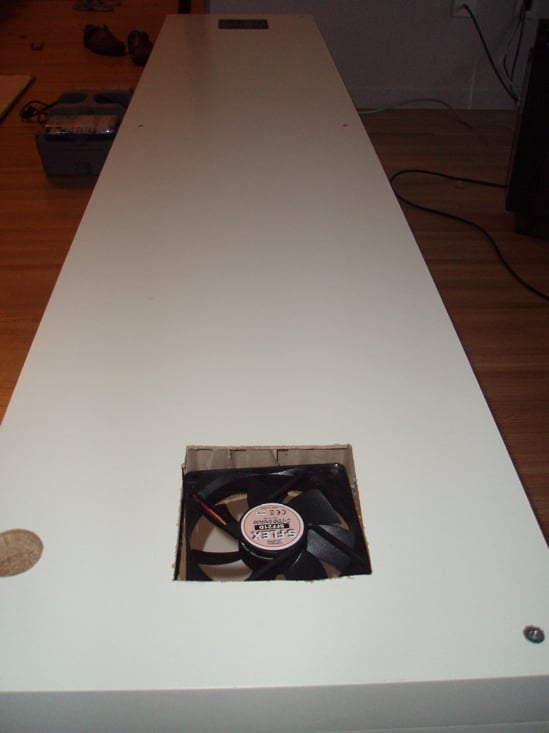 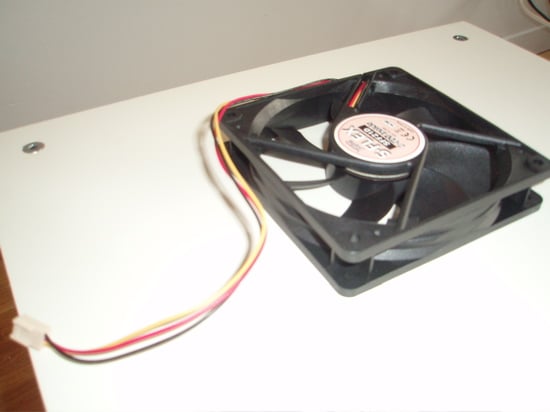 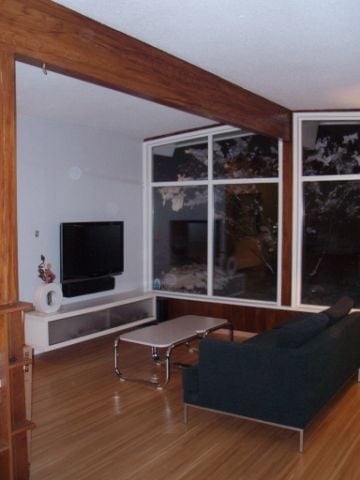 click through for instructions on his fan cooled media cabinet.

the low down on a lack coffee table
tahira does a quick change around for the lack shelving unit – turning into a low and sleek coffee table instead.

she says, “with no room for it in my small flat i took a long hard look at it and realised i could turn it into a much needed coffee table for my low moroccan style sofa. no big deal to transform it… all i did was turn it on its side, take off the screws from the bottom and take off the long part and three middle shelves. you can even make another table from the bits left over!” 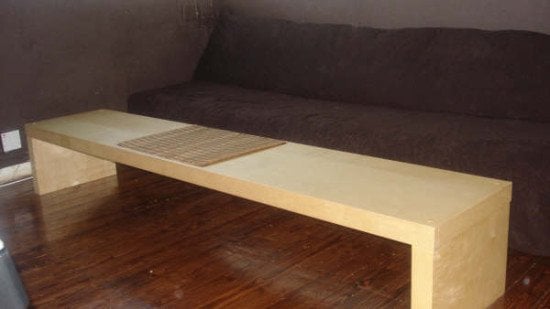