Kelly makes a comfy scratching bed for her cats to claw and curl up.

She says, “I don’t think of them as hacks so much as unintended uses. I took two of the Bastant baskets in the smaller size (roughly 22″ x 12″ x 9) and put cardboard scratching post refills in the bottom. These are sold to fit in cardboard holders which don’t look so nice and don’t provide any snuggle space for the cat. They’re sold in multiple sizes, so you just have to take measurements to make sure they fit, or be willing to cut the cardboard. I already had the inserts, so I used one that’s a large size and fit two that are long and narrow side by side in the other. 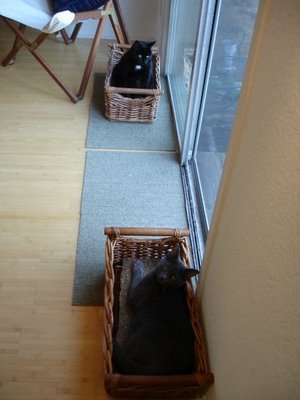 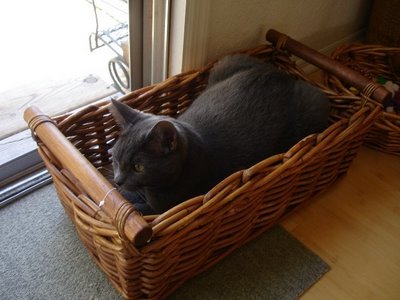 Ikea also has the Bastis Scratching Board, though the dimensions don’t fit the basket perfectly. You could fit two of the scratching boards in the Bastant basket, and there would be just a bit of room left at the end, which isn’t really a problem.  To use the Bastis scratching board, you’d just take the inner insert of cardboard out of its cardboard holder. 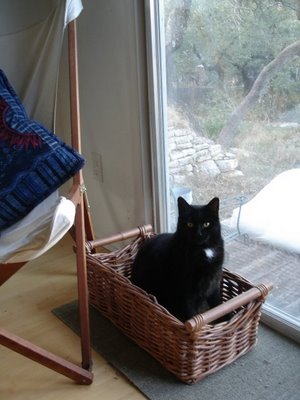 My cats adore these baskets and snooze in them all day. They scratch away on the cardboard insert and then curl up. The basket with the insert seems to be just the right size for them to lie down and still be able to see out. I’ve kept the baskets next to the windows for about a year so they have faded quite a bit, but they still look perfectly nice and are much better than the stuff they sell at pet stores.”