Erica salvages a broken Iviken light with some paper.

She tells me, “I just hacked an Iviken light – I have two, but the glass broke on one. I didn’t want to waste it so I followed some instructions on The Paper Studio website (see how to make a luminaria video), bought some paper, some double sided sticky tape and voila! My after shot of it doesn’t do it justice. I got some nice hand made paper for $8, and have enough to do the other one. Do you think there is someone out there who needs a spare glass bit for their Iviken light?!” 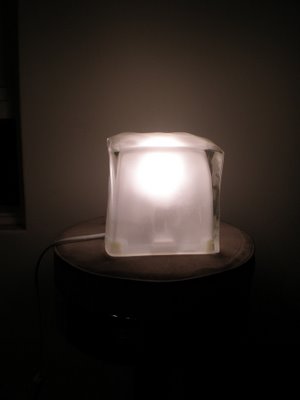 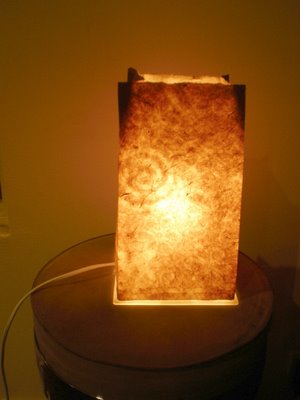