When it first came out a shipload of people [thank you! you know who you are] tipped me on this hack – a Linux cluster Janne ingeniously built into a Helmer drawer cabinet to help with 3D rendering. [via Hack a day] It’s not pretty but I’ve been told that it works wonderfully. 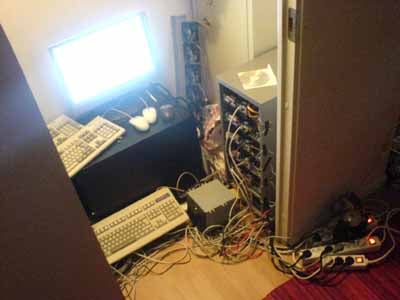 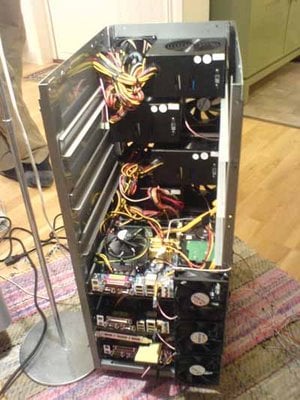 Click here to read the story of Helmer, a Linux cluster in a cabinet.

If you liked that you’re gonna love his ideas for Helmer II and III (though I don’t think it’s a Helmer anymore).

Tim’s version (updated 12 January 2009)
When Tim came up with the idea himself, and selected the Helmer cabinet as the ideal case for a cluster, 5 minutes later, he saw Janne’s story on Digg.com. Guess great minds really do think alike.

Tim says, “For many applications such as real-time stock prediction algorithms or brain simulations, there is a need for extremely fast and massively parallel computing in the form of a computer cluster. We imagined there existed some kind of cabinet that would be perfect for housing a bunch of hand-built computers, and we found that in Ikea’s Helmer. Each computer in the cluster fit inside a single drawer and consisted of a motherboard, power supply, RAM, quad-core CPU w/ fan, and hard drive. The final product is an inexpensive well-ventilated 24-core supercomputer in an impressive 2.65 cubic feet.

The difference is that my design is cleaner and cheaper. For instance his entire cluster cost around $5000 when I did it for $2550. Also, I kept all the drawers intact, putting one computer in each drawer for a total of six. He had wires hanging out all over the place and actually uses two wire that he has to touch together to start each computer – I added a push button to the front of each drawer. Well, like you said in your story – “it’s not pretty…”, and I took the idea to the next level of elegance. In fact from the front you can barely tell that there’s even a supercomputer in it besides one small button on the front of each drawer.” 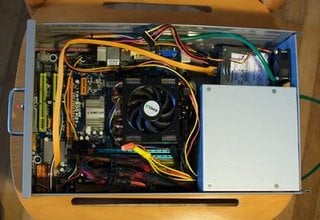