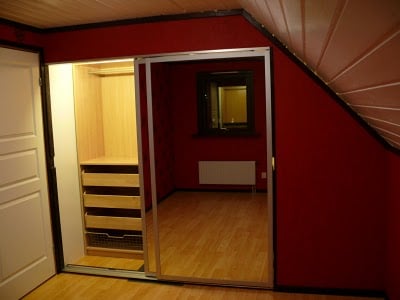 Description: The previous owner of our house had installed a fireplace in the living room but that resulted in a quite awkward retrofitted chimney passing through the bedroom upstairs. After some thinking I came up with the solution of building a walk-in closet “around” the pipe. The PAX Malm sliding doors are designed to be mounted onto PAX cabinets, but that wasn’t an option in our case.

1. I started out by measuring the room, the placement of the chimney pipe and the door. Then I used Google SketchUp to design the wall and interior to see if it would fit the available space. 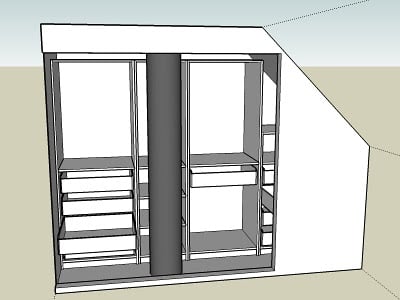 2. The PAX cabinets were assembled and put into place. The rightmost wardrobe section was full height, but was cut down to fit snugly under the ceiling. New mounting holes for the top shelf had to be made but there was not other problem with shortening the sides. 45×45 mm beams were mounted around the door opening and perimeter of the new wall. 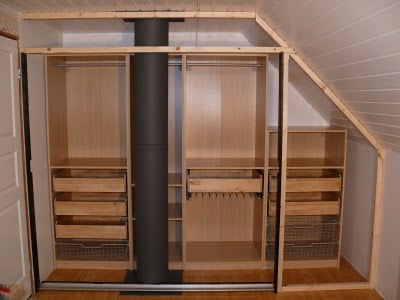 3. The bottom rail was mounted on a 45×45 mm beam as well, with the front edge of the rail flush with the wall to avoid having to use the plastic end caps supplied. 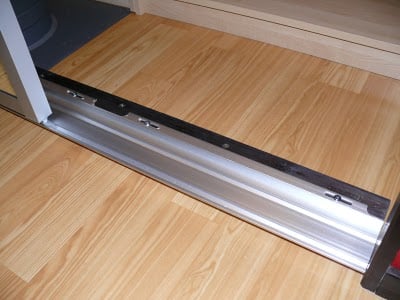 4. A router was used to create room for the bottom lip of the rail. 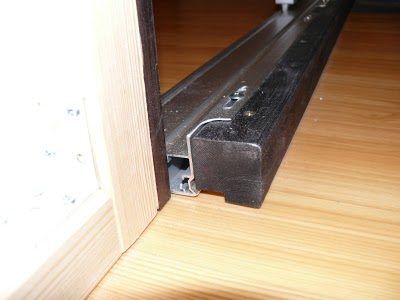 5. Two pieces of 12 mm particle board were mounted on the beams.

6. The top rail was mounted on the overhead beam using just two screws, since this rail doesn’t support the weight of the doors. I enlarged one hole on each end of the rail to allow for a large screw head. This rail is also mounted flush with the wall to avoid using the end caps.

7. Slim tube lights (also from Ikea) were mounted above the top rail.

8. When the doors were finally mounted, the room felt a lot larger even though it was ~1 m shorter than before.