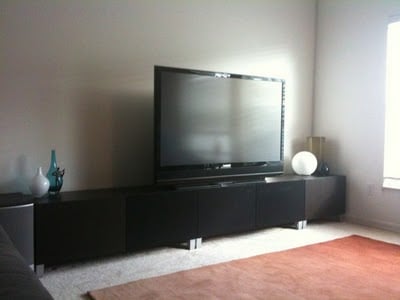 Description: We wanted to replace our dated TV stand and open faced media towers with a new contemporary, sleek entertainment cabinet. Had to be modern yet functional. Key attributes were to be low to the ground, minimalist, big enough to hold the 56″ HDTV, conceal all the components and speakers. We had to have doors that would allow sound and remote control signals to pass thru. 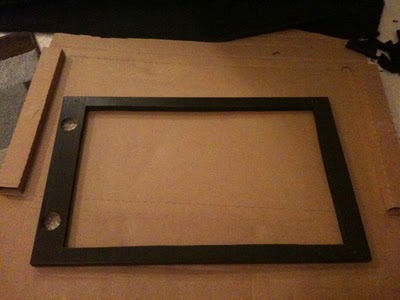 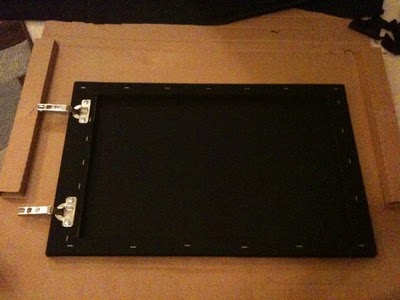 Key to this hack were the doors. We purchased 5 Framsta door kits in total. The center three doors were hacked to allow sound and IR remote control signals to pass. I cut out the centers of the doors using a jig saw and then wrapped the door frames in speaker cloth purchased at the local craft store. Using spray adhesive and a staple gun, the speaker cloth was stretched over the door frames and secured in place. I used the Framsta hinges included and mounted to the Besta shelf units. 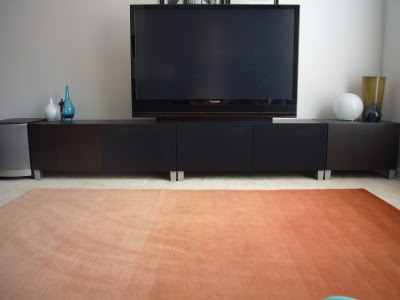 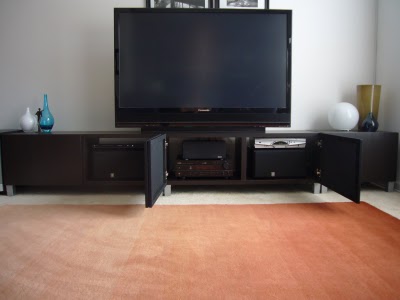 We’re really happy with the system. The simplistic, low sleek entertainment cabinet fits our style and budget – less than $350!!