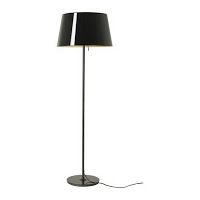 Description: I was disappointed by the 6 month lifespan of my Kulla floor lamp, the glossy enameled bauhaus-y piece I finally let myself spend $100 on. One day, it just didn’t turn on.

When I checked online to see if there were any quick fixes, I found plenty of company. Many people reported their Kulla had a mind of its own, cycling through the light settings in the middle of the night.

But people still LOVED their Kullas! Many kept them as non-functional ornaments, unable to simply discard them.

My 90-day warranty was up, I couldn’t find my receipt and IKEA was a 2-hour drive, so I figured I was on my own. I loved my Kulla too. There had to be a way!

This post shed some, uh, light on what I was up against:

Commenter Marc had gave me the confidence to take the lamp apart and the rest I improvised. Following are instructions on how to get the Kulla up and running when it becomes possessed or just dies totally.

The problem is that the dimmer control board has burned out, so we are going to replace it. The replacement module is $10 at Lowe’s (online or brick & mortar) 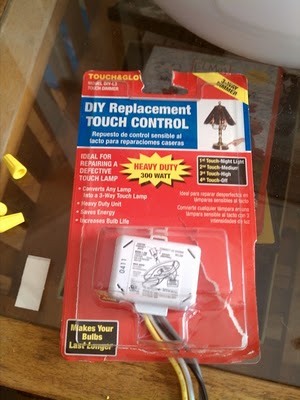 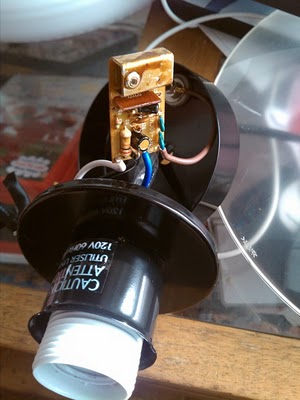 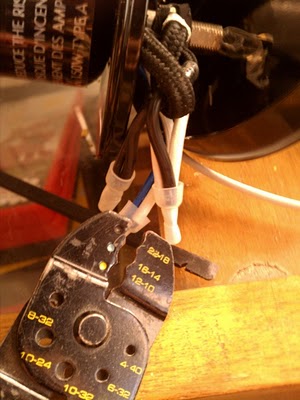 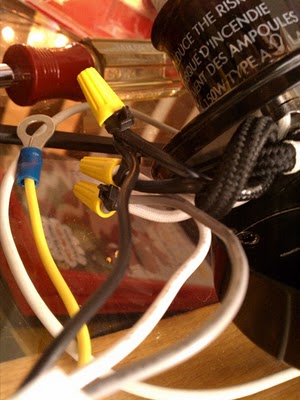 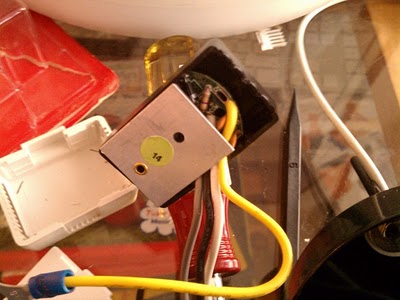 1. Remove the shade, bulb and wire shade support and unscrew plastic ring under the bulb.

2. While holding the main lamp post with one hand, turn the entire top assembly with the other, using the plastic diffuser disc and the touch post for leverage. (You may prefer to have a helper hold the pole while you turn.) Unscrew the top assembly, feeding some cord slack through the grommet by the lamp’s base if things seem to get difficult.

3. With the top assembly off, it’s time to separate the halves of the Kulla’s skull! It’s pretty easy but requires a firm hand. Grasp the threaded rod that secures the top assembly to the lamp post (I used big pliers called Channel Locks) and while holding the outer cup-shaped shell of the top assembly, push straight in on those threads until it gives and separates, breaking open the electrical chamber. I think what you are doing here is breaking a bead of adhesive that keeps the skull together. Finally, with firmness, free the cup-shaped half from the threaded rod entirely. This might require some jiggling at the very end.

4. Next, free the dimmer control board from the inner skull by peeling the black plastic case away (it’s held with double-sided foam tape. Open but don’t discard the black plastic housing. We wil be reusing half of this plastic capsule for the new board. You will probably smell a burned electronics smell at this point; that’s the old dimmer control board which is fried.

5. Prepare the new board by breaking it out of its casing with a small putty knife or similar tool. Unfortunately its gray housing is slightly too bulky to fit into Kulla’s skull.

6. Now comes the brain transplant! For this step, match the black and white wire positions and substitute the gray wire of the new board for the blue wire of the old board:

Remove the old, defective dimmer control board by clipping off the tiny zip ties, cutting off the black heat shrink tubing and un-crimping the connectors one at a time. I used a technique of wiring in the new board as I unwired the old: un-crimp one connector and attach the appropriate wire from the new board, the twist on the tiny, supplied wire nut. Then repeat the process for the other two crimped connections. This way you don’t get confused by the loose wires that would otherwise result. I used a crimping tool to un-crimp, but pliers will do.

7. When the new board is in and the wire nuts twisted tightly, use tiny zip ties to hold the wires together right near the wire nuts (just like the old ones that you cut off earlier). Clip off the tails of the zip ties. Wind electrical tape around the zip ties and wire nuts.

8. Place the new dimmer control board (component-side first) into half of the black housing from the old board, leaving the heat sink as the exposed side.

9. The eyelet on the yellow wire of the new board is too big, so we need to replace it with a smaller one from radio shack or a hardware store. I just cut off the original one, stripped a bit of wire and crimped a smaller one on to fit over the fitting of the touch post.

10.TEST IT OUT! The moment of truth… put in a bulb, plug in the lamp and touch the exposed eyelet at the end of the yellow wire of the new dimmer board. The lamp should cycle through the various dimmer settings. Don’t worry, no current runs through that piece. Actually at this point there should be nothing exposed that could cause a shock. Assuming it works, let’s put Kulla back together!

11. Using the double-sided tape supplied with the new board, stick the new board by its recycled housing back down into the Kulla skull interior floor from whence the old board came.

12. Pack everything in nice and tight and press the two halves of the skull together. Holding the halves together, place the top assembly back onto the lamp post and screw it back on. When it is nice and tight, the skull will be closed up tightly again.