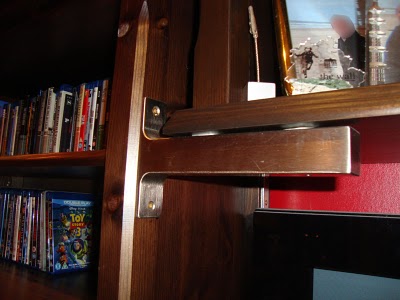 Materials: MARKOR series home entertainment combo plus EKBY BJÄRNUM wall shelf bracket; Extra shelves from the “as is” section; castors on the coffee table so the footstool can live underneath 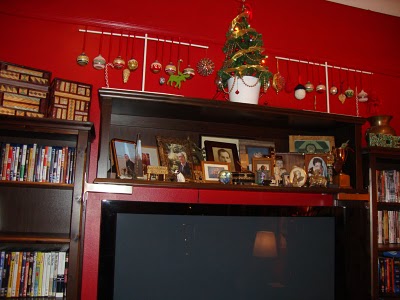 Description: Mounting the bridge shelf to the wall above the TV was proving more difficult than we thought… We came up with an elegant solution without having to drill holes in the wall! Using the EKBY wall shelf brackets mounted to the sides of the MARKOR bookcases as the “towers” the bridge shelf just sits on top. Simple! 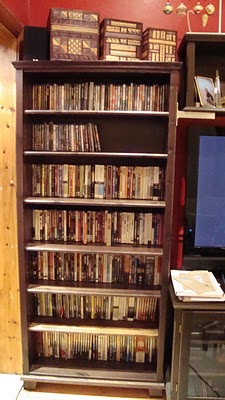 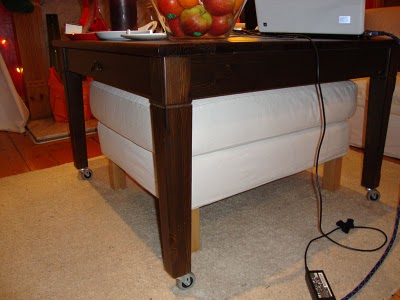 We also added extra shelves to the bookcases from the “As Is” section to hold more DVD’s and castors to the MARKOR Coffee Table so the KARLANDA footstool can live underneath.