Stolmen Floating TV Stand, So Simple Anybody Can Do It!

I started this floating TV stand project because I wanted to have a cool way to mount my newly purchased 55″ television.

The problem was that I live in a small apartment and I needed to save as much space as I could without putting more holes in my wall.

Seeing as how IKEA no longer sells their Stolmen TV mount, I went onto the internet for ideas, including this site, and I found pictures of other people’s project but they either had vague descriptions or required an excessive amount of work or materials (like a drill).

So that’s how I came up with this idea where I would use a hooking system that required only basic materials from IKEA, any hardware store, and a basic tool kit (which was also purchased at IKEA – i.e. no drilling needed!) 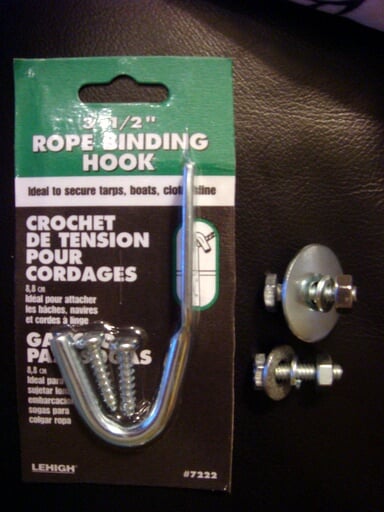 I started by setting up the poles equidistant from the wall and using a level to make sure they stood up straight. 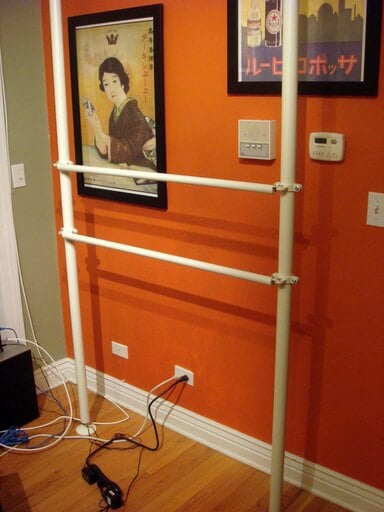 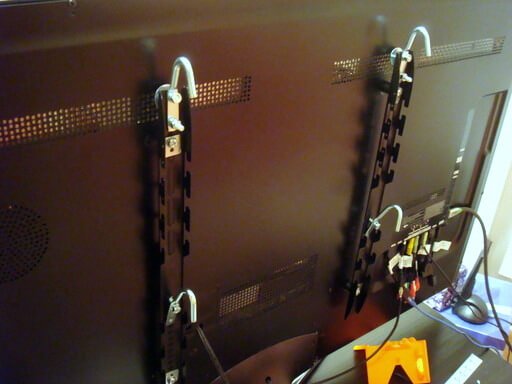 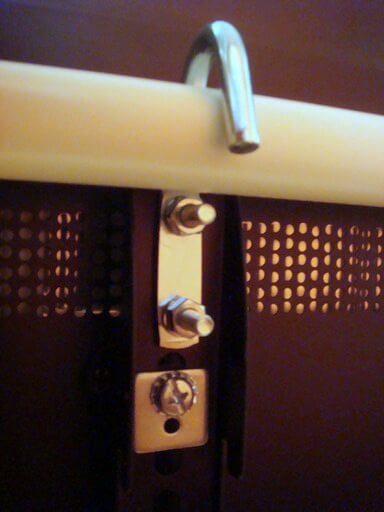 Using the two mounting brackets from my universal tv wall mount, I attached two of the hooks to the bracket — one at the top and one around the middle of the bracket.

I attached the hooks to the bracket using a combination of the bolt, washer, locking washer, and nut (two for the top hook and one for the bottom hook) 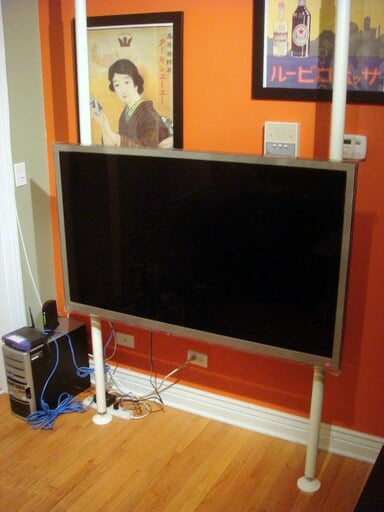 The bracket-hook combination was then attached to my television using the screws included with the wall mount.

Measuring the distance from the top hook to the bottom hook, I was now able to make final adjustments to the clothes rail to match the same distance so that each rail would carry the same weight of the TV.

Once finally adjusted, the rails were screwed tight in place.

The TV was centered by simply sliding it either left or right on the rails.