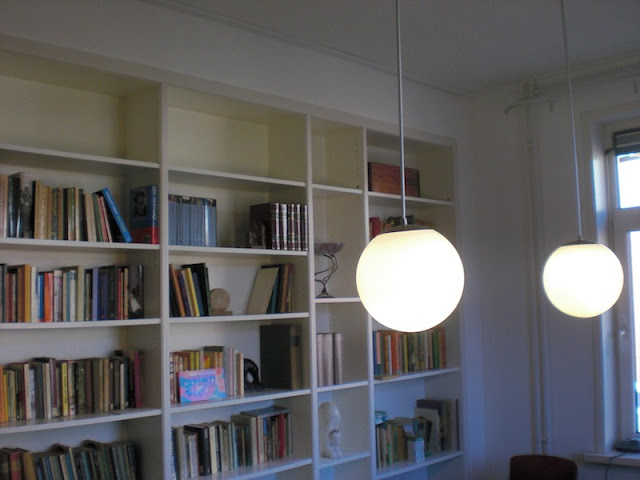 The one Mikko did a while back inspired us after moving to a nice old big house to do something similar. Hopefully these pictures add something to the ones posted already.

All the Billy bookcases are second hand and of several generations. We even found one 90 cm wide Billy which we didn’t use in the end because we couldn’t find a top piece for it.

In the end two 40 cm cases and four 80 cm ones were incorporated in this build. 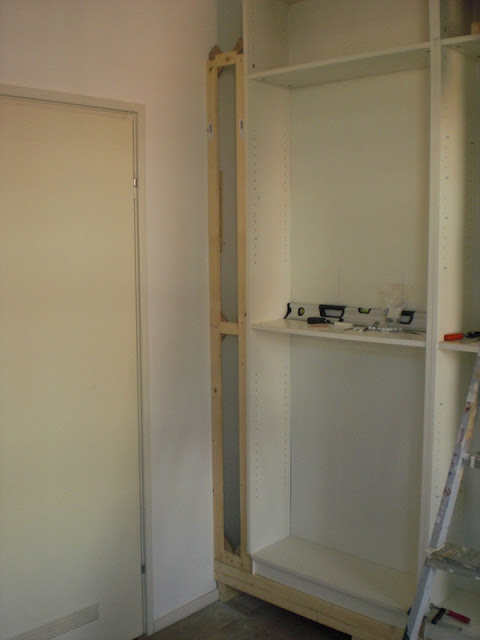 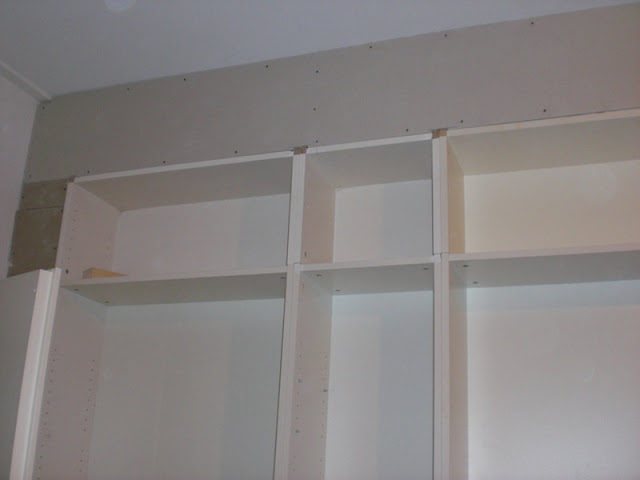 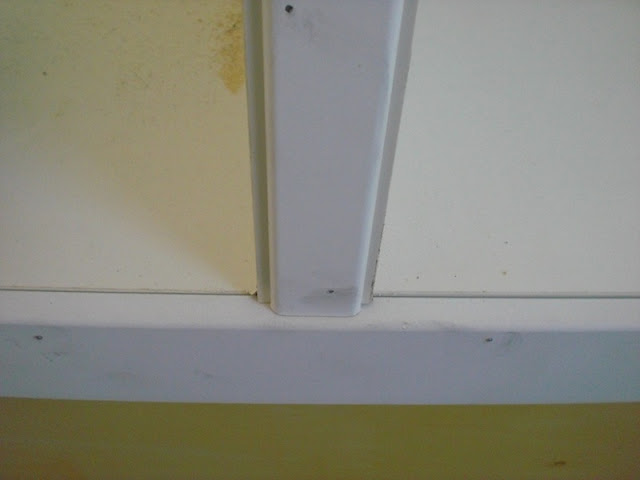 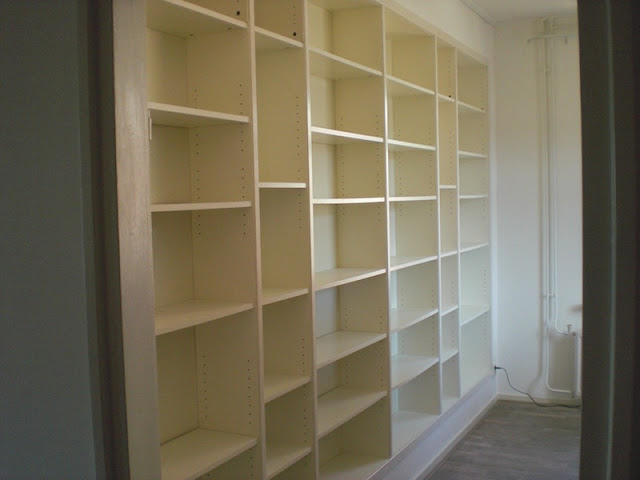 Two 10 cm thick beams of wood up from the floor, a wooden frame with plasterboard around and an aesthetically pleasing redone plinth on the floor and ceiling. It has that “It has always been there”-look.

The gaps between the separate bookcases were camouflaged with thin slats. The whole frame around the built ins was made from MDF.

A wall socket that was to disappear behind the new wall was extended and placed near the bottom of the wall.

In the first picture there’s a shot of another hack we did: the small version of the Fado-lamp only has a 20 centimeter long tube between the ceiling cap and the lamp itself. Now it has a meter long aluminium tube so it can hang at better height above the dinner table.