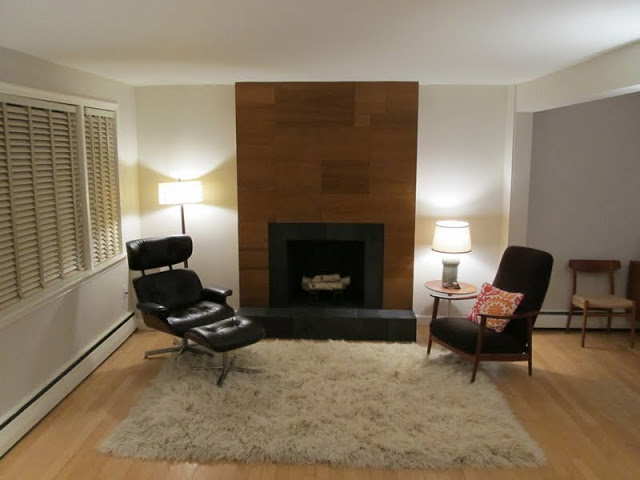 Description: Our 1950s house came with a very frumpy fireplace in the living room. Even before we had unpacked, I started demolishing the mint green paneling, the rickety DIY shelving and the shiny brass fireplace insert! My original plan was to cover it with faux limestone for a chic, mod look but when that proved to be too expensive, I realized I’d been collecting the perfect material already: Nexus Yellow-Brown door and drawer panels from the As Is department of IKEA.

We’d already put cement backerboard up over the old furring strips and cement block and brick. This was the ideal substrate for tiling later, but it also works well for the paneling. 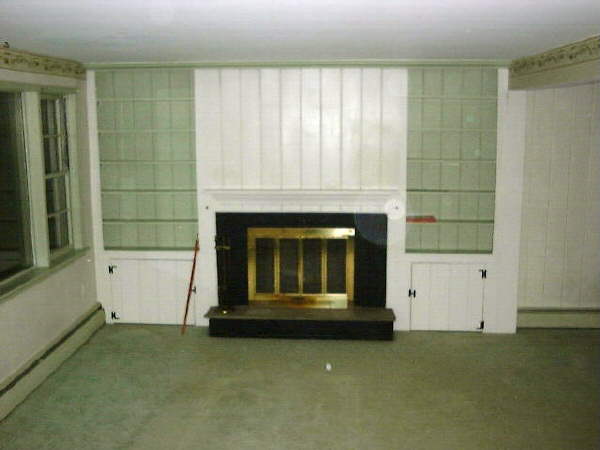 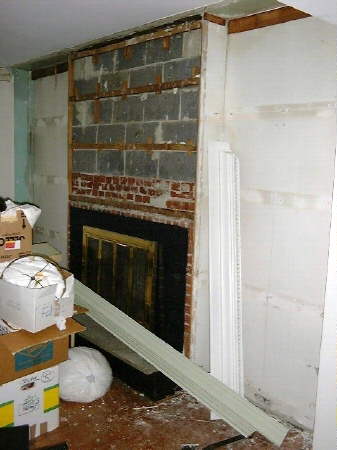 Then we measured the fireplace dimensions and I drew them out full scale on paper taped to the floor. Placement would be tricky because we had to work the fireplace opening in and we wanted all factory-finished edges around the opening and on the outer edges of the front face of the paneling. The only cut edges could be against the wall and maybe – but only if absolutely necessary – on interior edges. There also had to be a balance of width between the paneling and the tile on the sides. Quite a lot to think about! 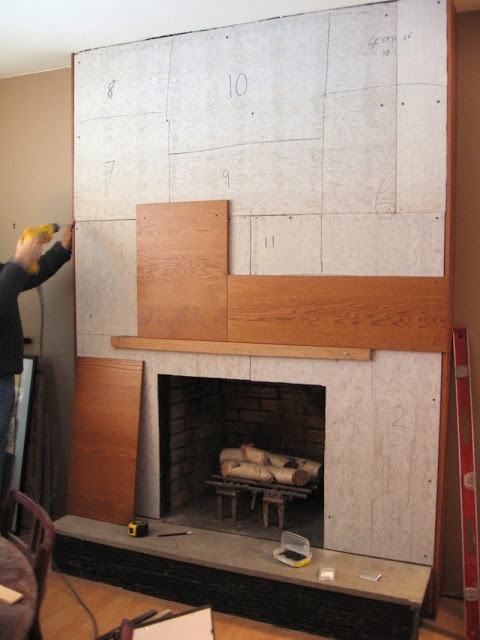 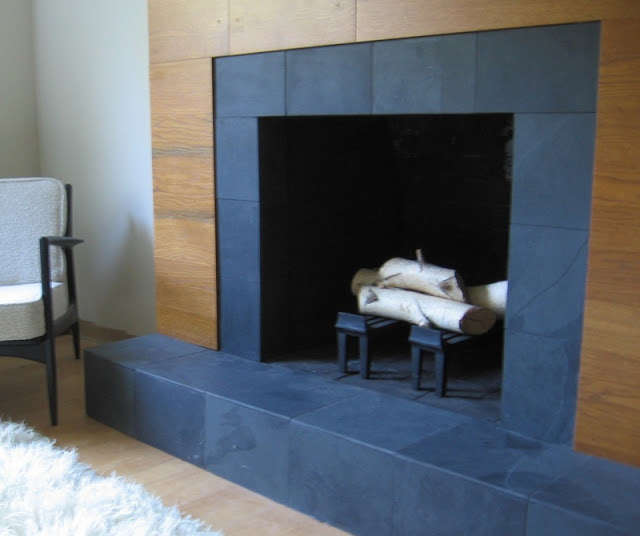 Once I figured out the placement of each piece, I numbered them on the back and then numbered the paper pattern and the backerboard. Then we started screwing them into place. We only had to cut one or two edges on the interior panels to fit them, which was really lucky. I would recommend scoring the veneer first to minimize splintering and use a saw blade made for fine cuts.

We screwed a furring strip onto the backerboard on which to rest the bottom edge of the first course of panels and just worked from there. It went pretty quickly and was much less work than doing a stone veneer!

The last step was to tile the opening and hearth with 12″ square gauged slate tiles from Home Depot ($3/sq ft!). I already had a tile saw and tiling experience so this was not a big deal.