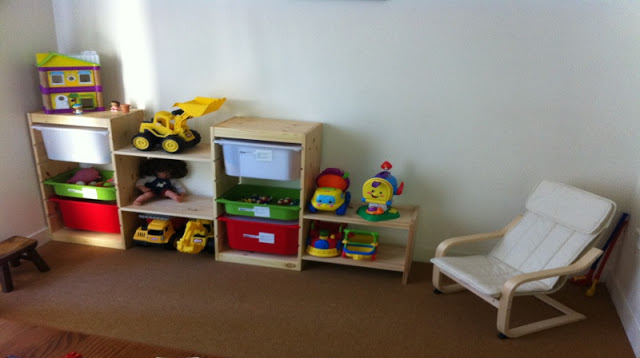 Description: I wanted to have a cool place to store the kids toys but I thought buying four Trofast sets would look a bit intense. I had two Rast bedside tables which were no longer in use so I decided to put them to good work. 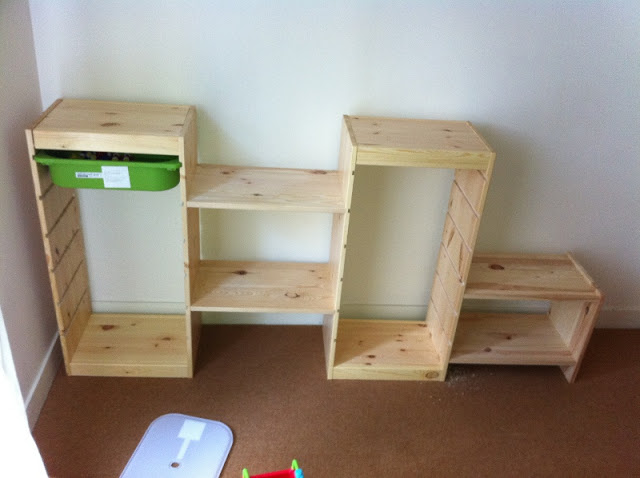 1. Assemble the Trofast shelves according to the directions, or in whatever order you like, they are so easy!

2. Decide were you want the Shelves to go and transfer the holes from the side of a Rast Shelf to the inside of a Trofast runner.

3. to do this I laid the Trofast on its side then lay the Rast shelf inside it. I lined up the edges and transferred the locations of the holes.

4. by pairing a shelf with the Trofast runner I was sure to get the shelf level and all holes straight without complicated markup.

5. I simply positioned a 5mm drill bit in the centre of the runner where I marked the hole location. then repeat for the other Trofast unit

6. To attach the end shelves I simply placed a Rast side piece against the Trofast unit and using the Rast holes as a guide I drilled through the Trofast wall.

7. Simply attach a half assembled Rast Beside table to the Trofast in the usual way using your new holes.

Since Rast is so inexpensive this little hack makes a great way to extend the size and storage capacity of the Trofast units without too much extra expense. The nice thing about this hack is that it can grow or change too!