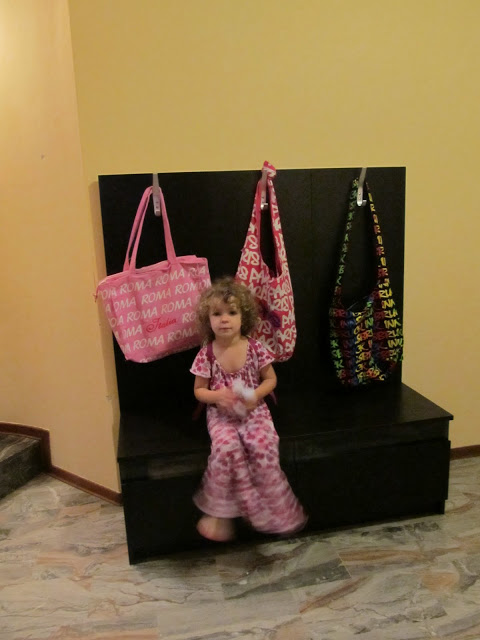 Description: My children would come home from school and dump their book bags and jackets on the floor in the entrance way. I tried setting up a wardrobe, but they simply dumped their items in front of the wardrobe. (BTW, I have good kids. They’re just happy to be home from school.) Our local IKEA had Benno t.v. benches on sale for 29 Euro and an idea was born. If the back is strong enough to hold a flat screen television, it will surely hold three back packs and jackets. Plus, for that price, I had nothing to lose trying to create a hallway bench/storage system.. I also bought Vippa wall hooks because they seemed the sturdiest.

Step 1: Assemble Benno t.v. bench.
Step 2: The back of the stand is three panels. Install one Vippa per panel. Each panel is approximately 16″ wide, so I sited the location for each hook 8″ from the edge on the outside panels then found the middle of the center panel (8″ mark). We used a laser level to them line up, but used that mostly because we like to mess around with the laser. I didn’t bother to place anything over the hole in the middle panel since it will be covered by a book bag/jacket, but I may change my mind later. 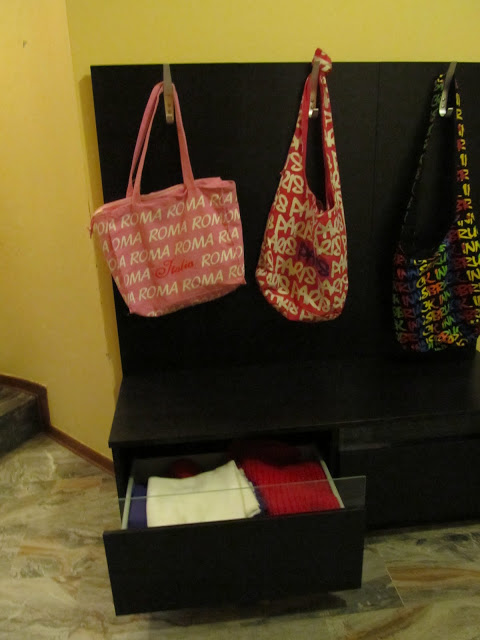 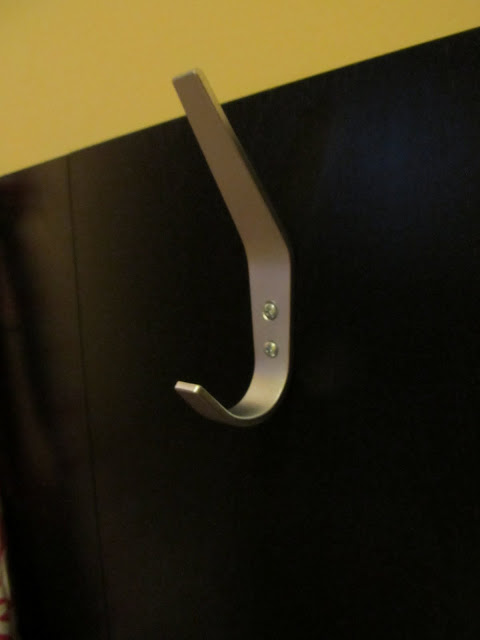 Future hack ideas: 1) Now I’m trying to think of a way to hack the sides and back of the drawers to make them as tall as the drawer face. Any ideas as to how to do that out there in IKEA Hacker land?

2) I may have a cushion made for the bench part. I like the idea that if they don’t hang up their book bags, they may at least throw it on the bench. I don’t want to discourage that.

3) I originally bought two Benno since they were so cheap. But since they were an impulse buy, I hadn’t actually measured the front hall space. Two won’t fit side by side at our place. If your hallway has the space, having two side by side should work. It looks wicked cool in my head, anyway.

4) I think I’m going to get an etched glass kit from the craft store and decorate the glass portion of the drawers. I’ll post an update if that works out.