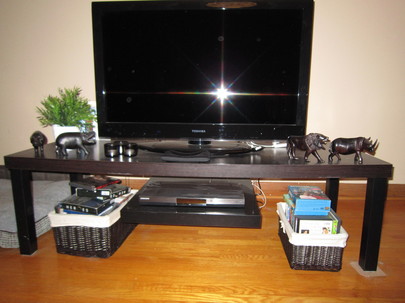 Description: We had a lack TV bench which held a 36″ CRT tv and it didn’t hold up well, bowing the top piece of the bench. The Lack bench was also damaged by water when the basement leaked.

When we moved and switched to an LED tv I wanted a sleek stand to go with it. I really enjoy furniture which appears to float, so I wanted to create something out of some pieces I had lying around (I didn’t know Ikeahackers existed at that point).

I fastened the Lack side table legs to the Lack tv bench top which was the easy part. Next was the floating DVD platform. 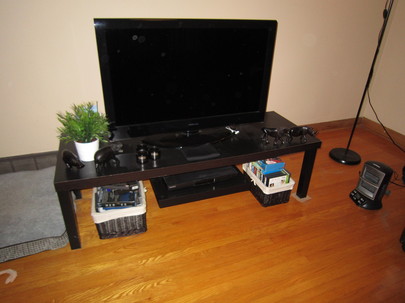 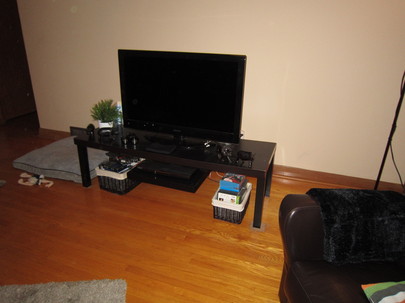 I drilled the side table top using the existing leg holes. I then found some spare bmx wheel spokes, black, and fed them through the hole, leaving the nipple of the spoke to be hidden inside the table top. I bent the “J” portion of the spoke so the spoke was straight and used some steel strapping (same as what’s used to strap plumbing pipes up) to fasten the spoke to the bottom of the tv bench top.