Billy to built in (again!) 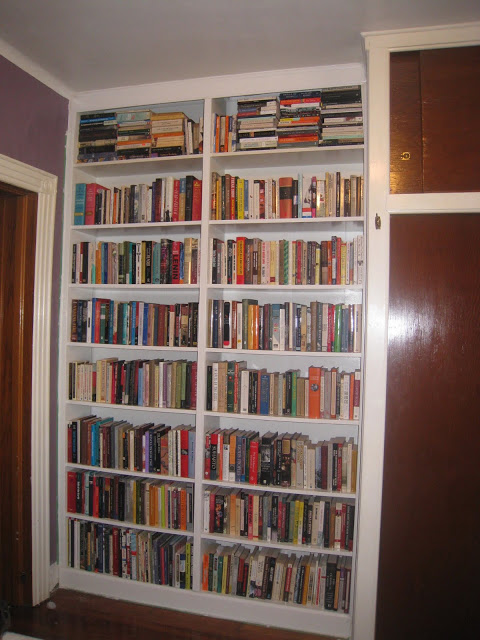 Description: We have a lot of books–over eight full-size Billy bookcases worth. When we moved into our current house, I found that a nook created by the previous owner’s addition of closet was, serendipitously, exactly the width of two Billy bookcases (after prying off the baseboard). So I pried off the baseboard and wedged the bookcases in, which got the books put away but looked terrible. Plus, the ceiling was 9 feet high so there were several feet of wasted space.

So, inspired by other projects featured on this site, I decided to go up to the ceiling and transform the look of the Billys. Since the other built-ins in our c.1930 house were already painted white, I bought two white Billy extension units. I painted both the Billys and the fake wood grain beadboard on the wall installed by the previous owner white (Martha Stewart Talc, thanks to this post), and then bolted the two Billys together and then to the wall. This was the beginning of grappling with the fact that in our older house nothing was straight; I had to shim both the bottom and sides of the bolted together Billys. I then cut the shelves that came with the Billy extension units to create an extension of the extensions that went up to my ceiling, and affixed those with construction-grade adhesive. 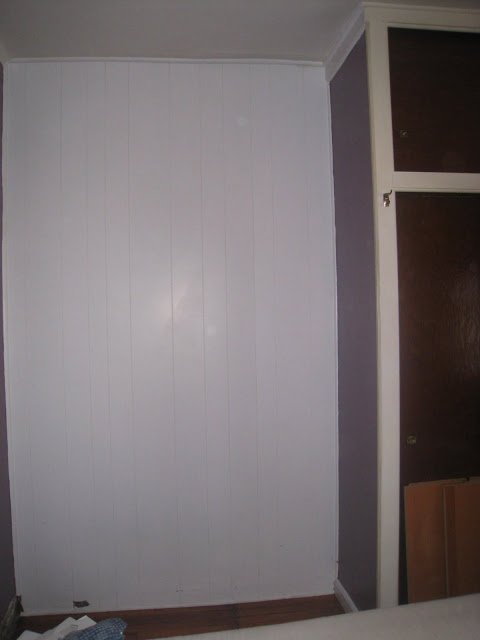 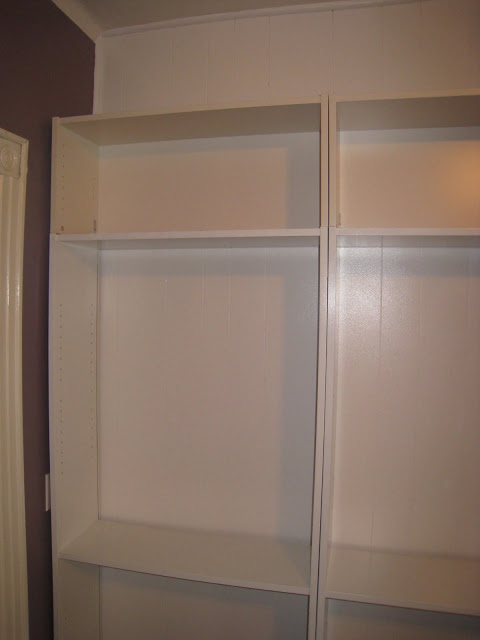 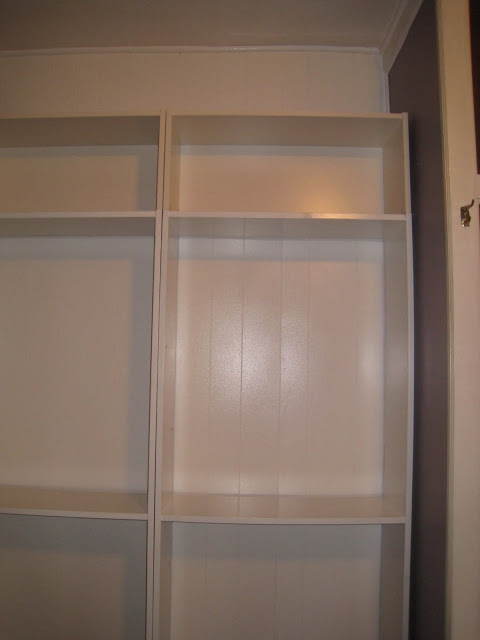 I now had a Frankensteinian construction that covered the wall floor to ceiling, with gaps on both sides and the top because the house is old and not level. Enter the molding and caulk. I covered the base, sides, center (where the Billys are joined), and top with molding. At the top, there was nothing to nail the molding into so I used light-weight vinyl molding that could be glued to the vertical elements. I then filled all large gaps with more of my shims or my kids’ molding clay, and then caulked over that to create a seamless look. I used over a tube of caulk to fill all the gaps! I then painted all the molding and caulk to create a seamless look. At the ceiling for the interior of the shelves, I used quarterround trim, shims, and more caulk to hide the cut edges of my extended vertical elements and create a finished look.

The most time-intensive part of this project was the shimming, caulking, and painting needed to hide the fact that there are no straight lines in our funky older house. But we were able to move over an entire bookcase of books to our new “built-in”! In all, a project that would have cost almost $900 for a carpenter to do added up to about $100 (since we already owned the Billys).