Honey I shrunk the TV cabinet 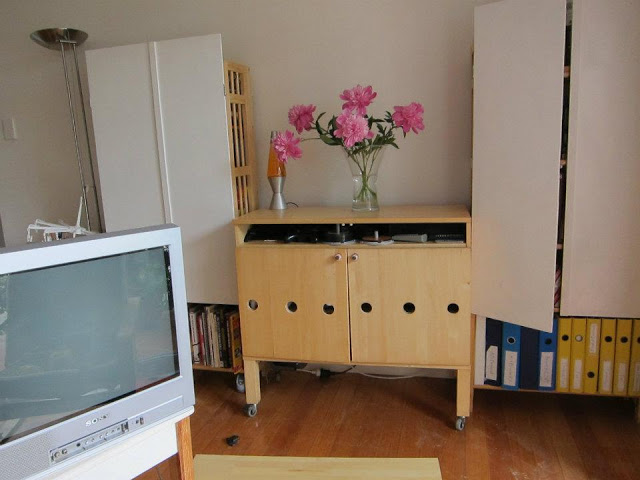 Description: The 4 door cabinet (Ikea San Francisco 2001) was too tall – I was worried that our toddler would swing on the doors and drag our pre-flatscreen TV down to flatten himself. 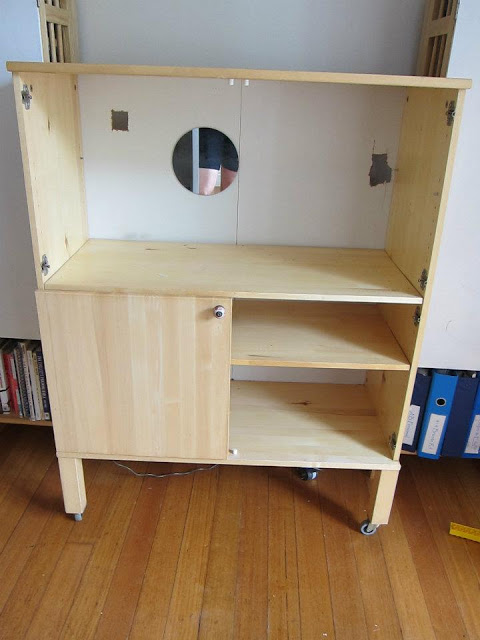 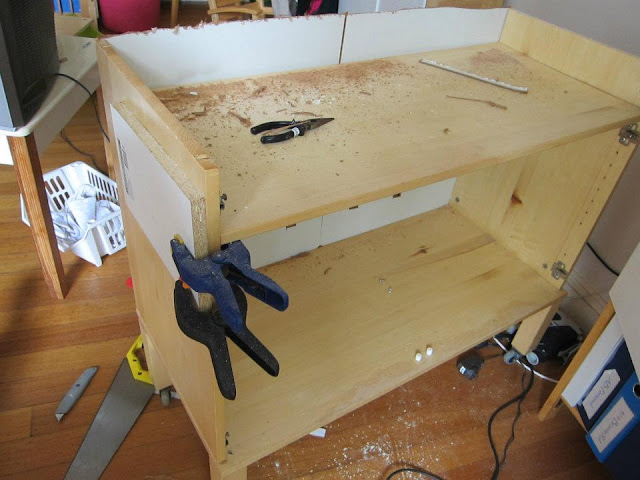 I removed the doors first. This was easy as they just ‘pooped’ off their hinges after I loosened the central screw.

To get the roof of the cabinet off I had to cut around the nails that held the back board to the roof, as I was unable to get them out. I then rotated the metal screw holders, and hit the underneeth of the cabinet with a hammer wrapped in a towel (remind me to ask for a rubber mallet for Christmas).

Then I marked a line around the cabinet that would allow space for an open shelf on top.

There was a fixed shelf in the middle of the cabinet, so I measured up from that.

I then sawed around the cabinet.

I used sandpaper to smooth off the edges of the cut.

While the top was off I took the opportunity to use a hole saw bit to neaten up holes that had previously been hacked in the backboard for cables/ventilation.

I used duct tape to strengthen the joint in the back board, which had been weakened by the sawing.

I wasn’t confident of my ability to put dowel holes in straight enouth to replace the roof with dowels (original method). Instead I glued it on, held in place with three counter sunk screws in each side, and nails to the backboard.

I then drilled large holes in the front of the doors to allow for ventilation/remote controls.

I replaced the doors, and Voila!

Please note photos are in attached link. I don’t know which ones you want to use.