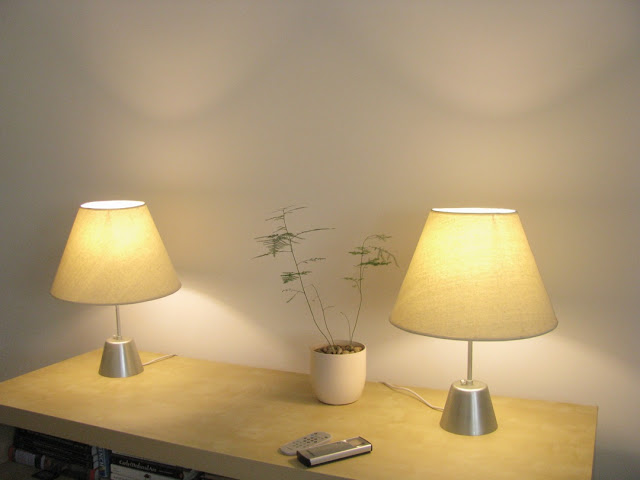 Description: When you move so much, you tend to acquire a lot of IKEA stuff. Although most if it can easily be integrated into the new space due to the adaptive nature of their design, some have no place to go. My SEPTIM pendant lamps were living in a box as it wasn’t worth the trouble to hang them in a rental home. 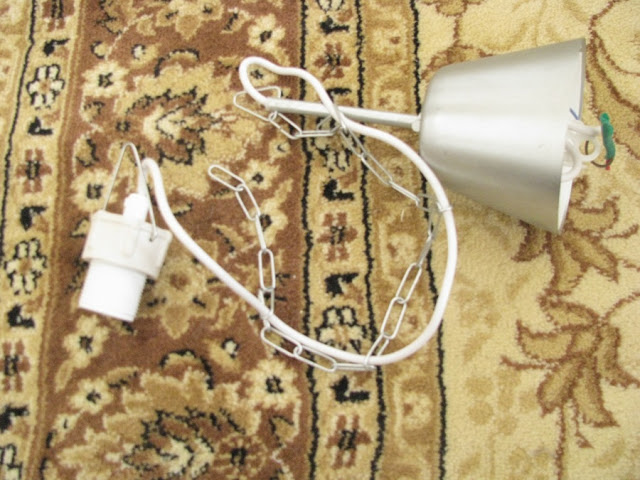 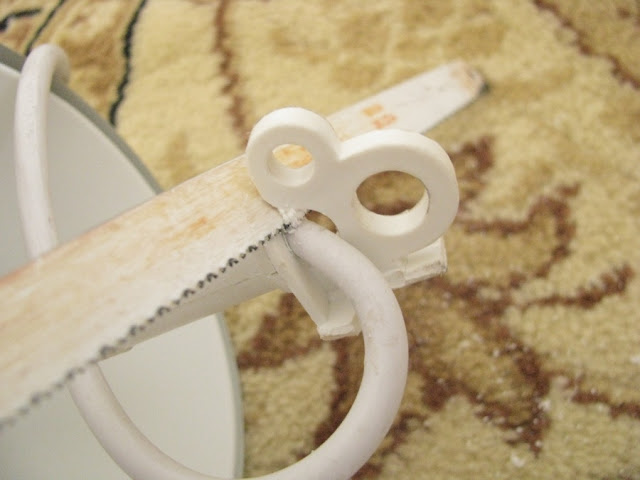 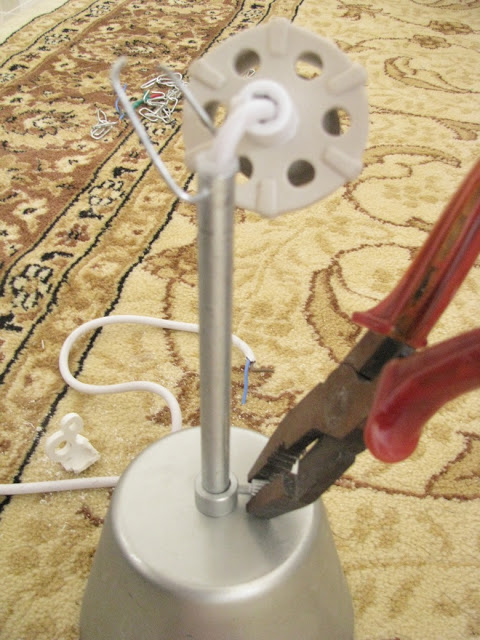 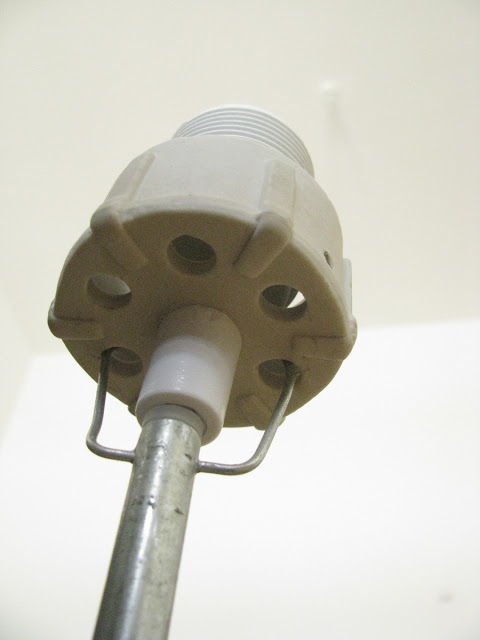 Here’s what I did:

1. I removed the shade, then used the pliers to remove the chain off along the wire.

2. I left the triangular piece attached to the end, you’ll see why in a bit.

3. I had to thread the wire through the metal rod to bring the head of the lamp all the way to the rod, eliminating the pendant effect. In order to do that, I had to saw off the plastic rings to free it. Once sawed off, I pulled the wire smoothly all the way out the bottom.

4. Onced pulled through, the base of the lamp can now sit flat on a surface (thanks to sawing off the plastic rings) and the wire doesn’t interfere due to the slots made for it along the rim. Pull the metal rod straight up, and use the pliers to firmly screw it in place. You’ll want it as tight as you can get it.

5. Now, that triangular metal part of the chain. What I did was a result of a little laziness. I simply used the pliers to cut it in half, and slid each part into one of the holes on the bottom of the bulb base to steady it. I suggest glueing or taping it, but I found this does the trick enough. However, depending on how heavy or big your new shade is, you might want to make sure it’s glued because it’s pretty unstable.

6. I then attached a plug onto the end of the wire. If you don’t know how to do this, get someone who knows.

7. Lastly, I attached the shades (which I found in our storage so not picked out for this purpose).

I have 2 of them, so now they’re officially my bedside lamps. A little quirky but I love them.