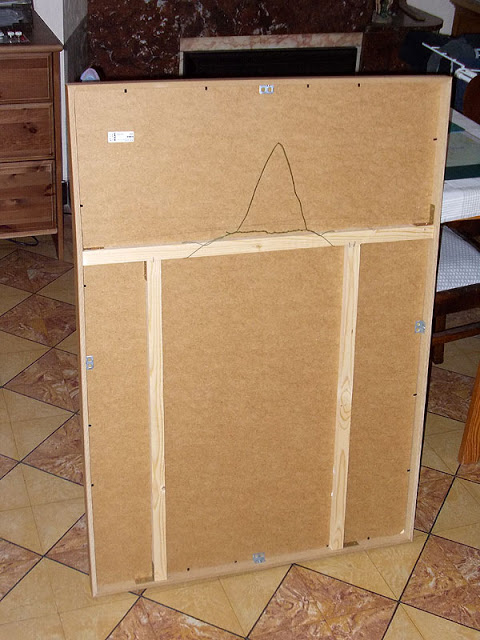 Description: I use a lot of Ribba fames at home, because their ‘oak’ variant matches very well with my oak doorframes. I also appreciate that they come with a pre-cut professional-grade matte that would cost more than the frame to have it done at a shop.

My major disappointment with the series is that their largest frames (the 70×100) use polystyrene instead of glass for the front. On such a large surface the polystyrene looks noticeably wobbly. So I replaced the front with a glass one, only to find out why they use plastic: the suspension system used on the Ribba – with the metal tabs clipped on the hardboard back – is unable to support the weight of a glass front. The hardboard deforms and eventually tears at the points where the clips are attached.

It’s a pity that Ikea chose to use a different front rather than a different hanging system on the large frames, but that won’t stand in the way of intrepid hackers! 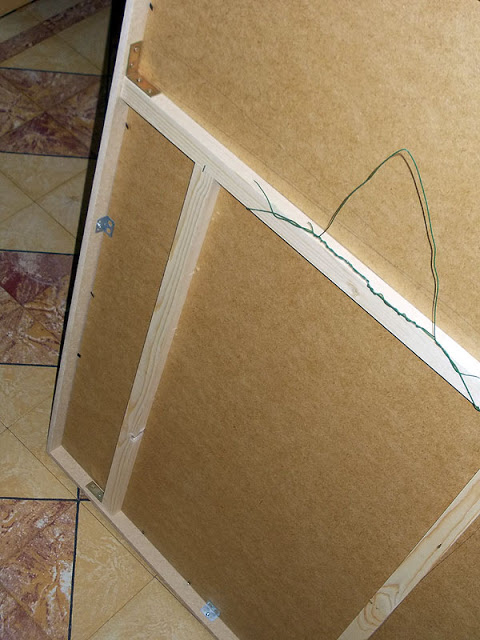 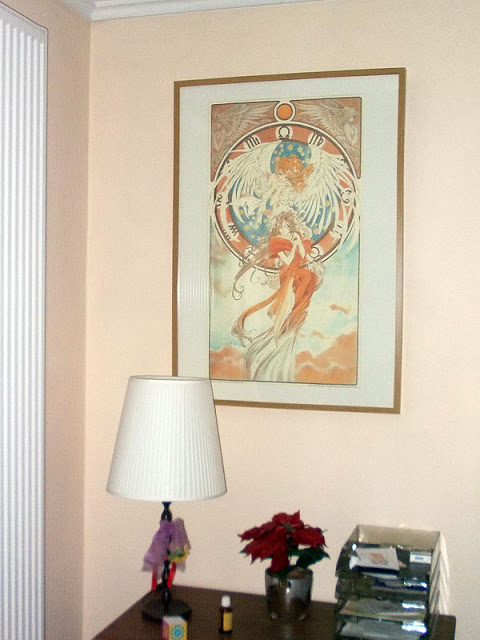 I cut some wooden slats to size and glued and stapled them to the frame’s back panel as a reinforcing lattice. For good measure, some L-hooks were screwed on to further secure the back to the actual frame. The Ribba-supplied hanging wire was fixed to the wooden slats.

I’ve done this hack on two frames, one hanging horizontal and one vertical, and they’ve held up well. Personally I feel that my artwork really looks better behind a glass front.