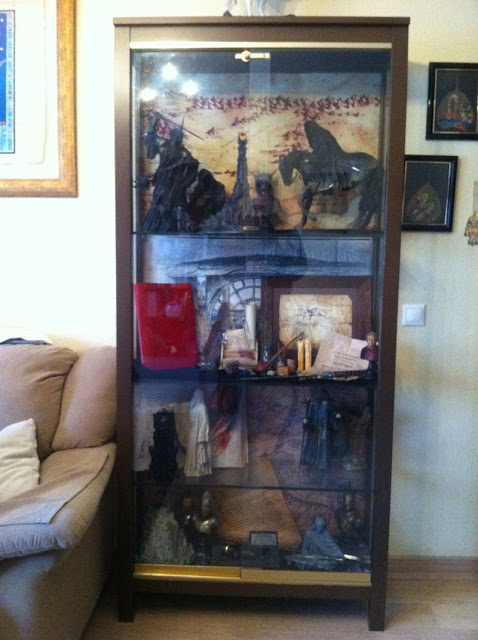 Description: Modification of the Hemnes bookcase in to display cabinet.

All this project comes from the need of a display cabinet for my figure collection. There were a few concepts that I had pretty clear at the time of chosing a display cabinet. The front had to be glass, without frames, or with a very thin frame, so it wouldn’t cover any figure. The sides, it had to be glass too, so the inside wouldn’t be too dark, and because it was near a door and it would be ugly to see a wood side when you entered the room. The rest of the furniture of my house, are colonial style (banak), and I didn’t want one who didn’t match, so the colour should be similar.

After seeing several possibilities, all of them very expensive, I put my eye on the Hemnes bookcase. It’s not exactly what I was looking for, but I saw a few possibilities. I was looking in Ikea the possibility of disabling the sides. In fact, I talk to them by phone asking for this possibility but they said it was too difficult. I also dismissed at that moment the doors that came with this kind of bookcases because they have huge frames that cover 20cm of the front side and this is terrible for my beloved figures. 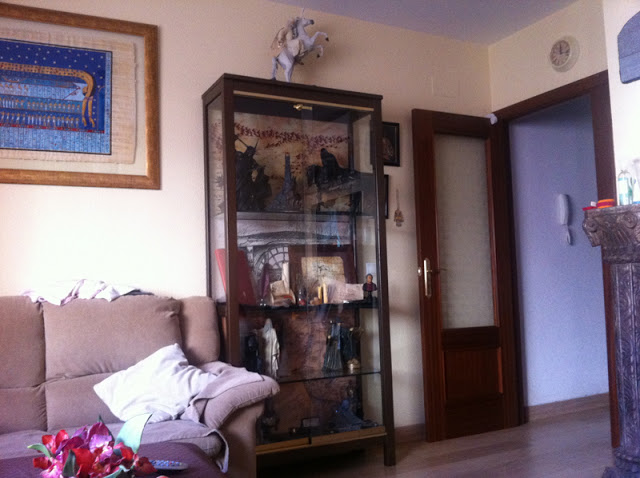 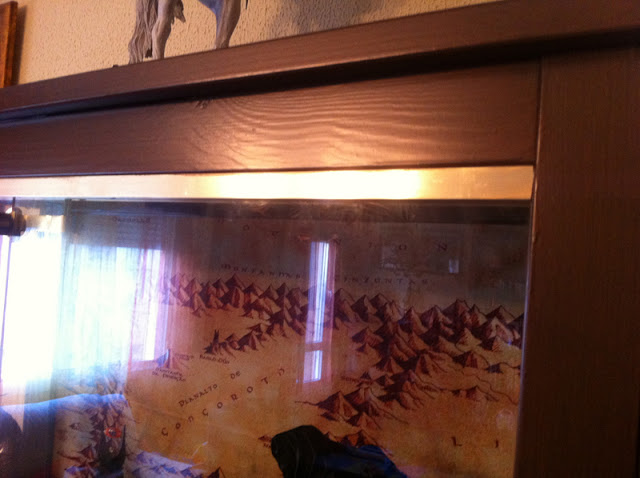 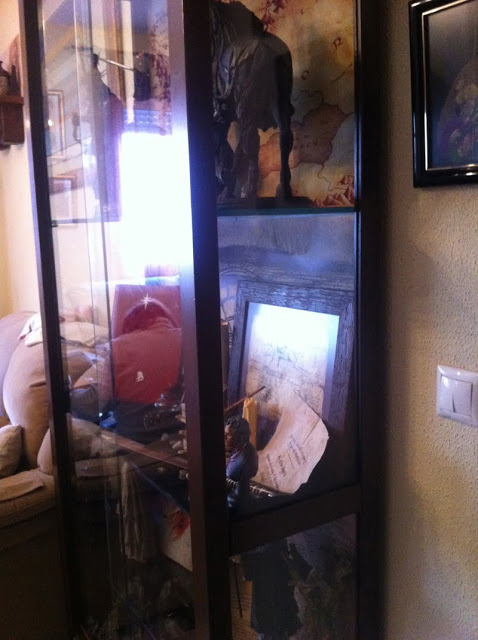 My wife gifted to me this Christmas. The first thing I did was to take a rubber hammer, and after a few hits on the legs, the glue gave up easily and I was able to remove the wood from the sides. I put glass instead, a little bit of “no more nail” on the wood joints and nothing happened here.

The colour was another problem. At first, they gave me as a present the one black/brown, but when I assembled it on the living room, it standed out too much. After several investigations, I decided for TITANLAK paint, Wood effect walnut color. It’s a special lacquer made from satin and oiled polyurethane. Only one hand was enough for changing the color, and after three days settling down (it was a little shinny at first), the color look like the rest of the furniture.

The wood shelves were replaced for a thick glass ones, for the sake of having more lightness and handling better the weight of some figures.

I also changed the supports of the shelves, now there are a similar ones but with suction pads, that handles better the glass.

At last, the doors. I chose a rail for the sliding crystal doors. The doors are made of crystal 3+3, because we have children at home and it case of accident, it just cracks but it wont’s break in sharp slices.

And that’s all, I hope you liked the modification, and that it serves right for another collectors that are in need of a crystal display cabinet!