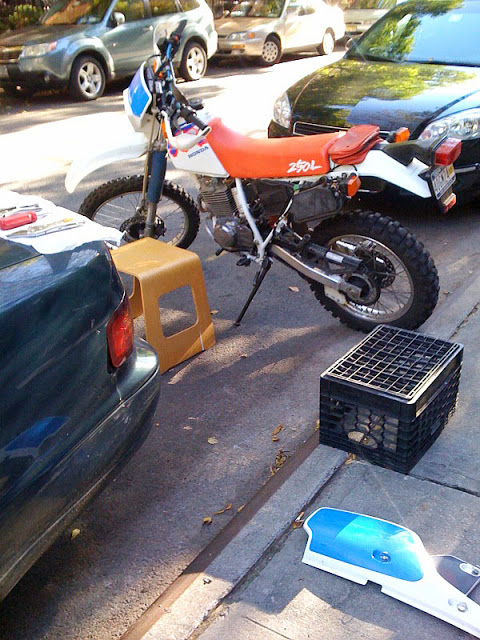 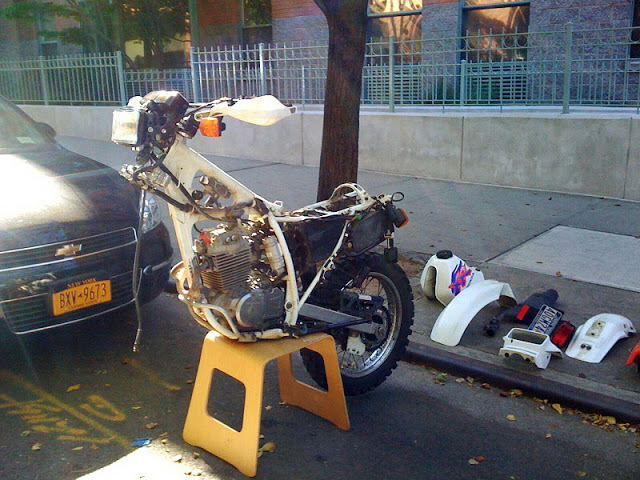 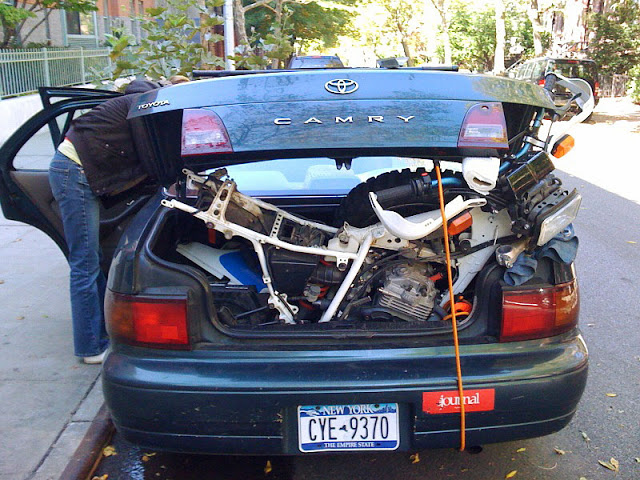 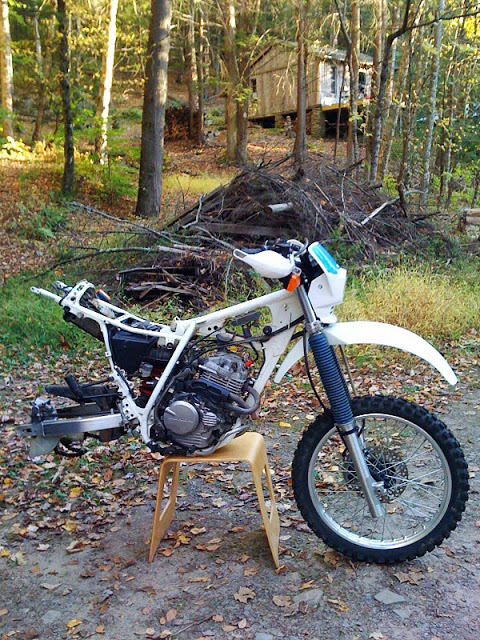 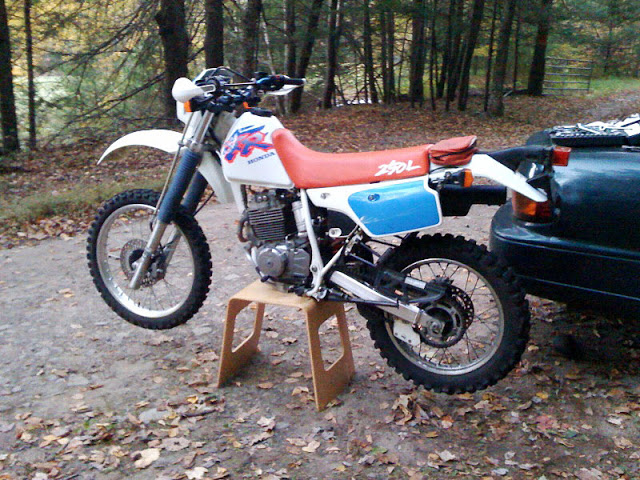 Description: So I had my old Honda XR250 street legal dirt bike in Brooklyn last summer for tooling around, but the summer was over and fall was coming and I didn’t want to garage the bike all winter ($). I needed to get the bike up to my cabin in the Catskills, but really didn’t want to rent a van for a long weekend. I figured I could dismantle the bike and get most of it into my Toyota Camry. All I needed was a motorcycle stand to get the wheels off the ground so I could take it all apart. At first I thought I’d use a milk crate, but the crate just got mushed under the weight of the bike. So I started eyeballing a ben jamin stool that holds up my TV connected laptop, and that did the trick! It was plenty strong and stable enough to hold the bike steady as I stripped it down. I wasn’t really sure I could get the bike in the car, but several hours later I got’r done! I drove the sagging Camry up to the Cabin and used the Benjamin stool for the reassemble. Now I have two Benjamin stools, one for the laptop and one for the working on the bike.

I know there’s nothing hacked here, but it’s an interesting use of the Benjamin. Made me chuckle. ~ Jules