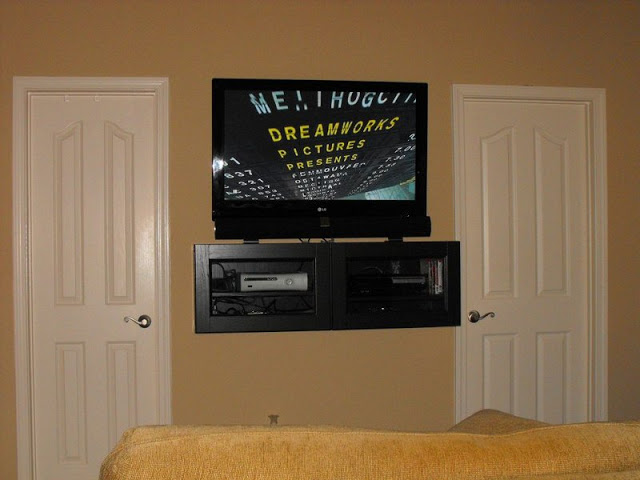 Description: I came home about a month ago and my wife had re-arranged our bedroom furniture after 7 years in the same spot. Of course, it made for a rather uncomfortable viewing angle for the television. She wanted me to mount something to the wall, to hide the cords (power and network), and she wanted glass doors. (She’s a woman who knows what she wants!)

I picked up a Besta shelving unit and Vassbo doors to match our existing decor. I put an extra power outlet inside of the cabinet on one side and the network cable on the other, making ports in the cabinet for each and the cables to the TV. I put in the PS3 and Xbox and closed the doors for the finish. An hour later, the PS3 overheated. 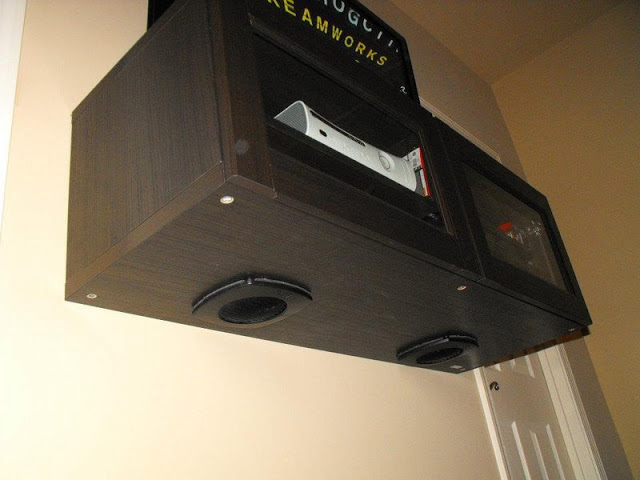 I took the cabinet down and installed two 120mm computer fans and covers (Silenx) and made a port between the two sides of the Besta, along with taking an arc out of the back of each shelf for ventilation. The fans have an independent control system. The one on the left draws fresh air into the cabinet and the one on the right pushes air out.