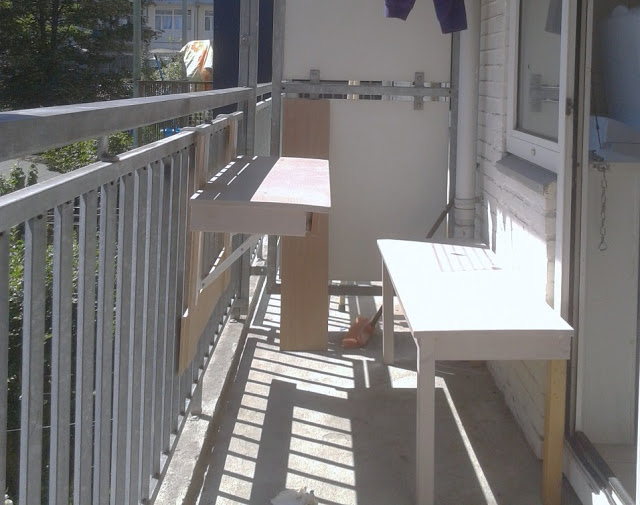 Description: Having my girlfriend move into my apartment we had a spare Björkudden table which we temporarily stored at our balcony.

This balcony being only one meter wide wasn’t big enough to place the table as a whole.

With the desire to be able to eat and relax on the balcony I wanted to create a space saving table which I could move and remove depending on the sun and rain. 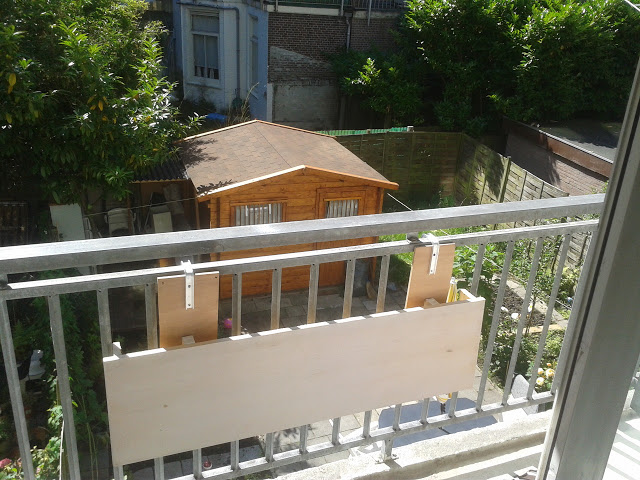 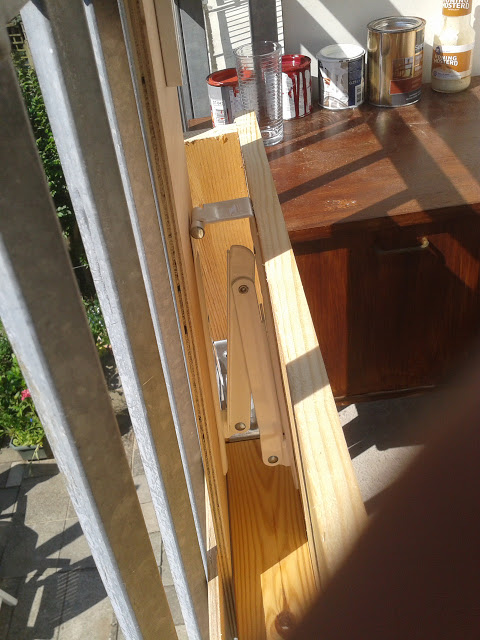 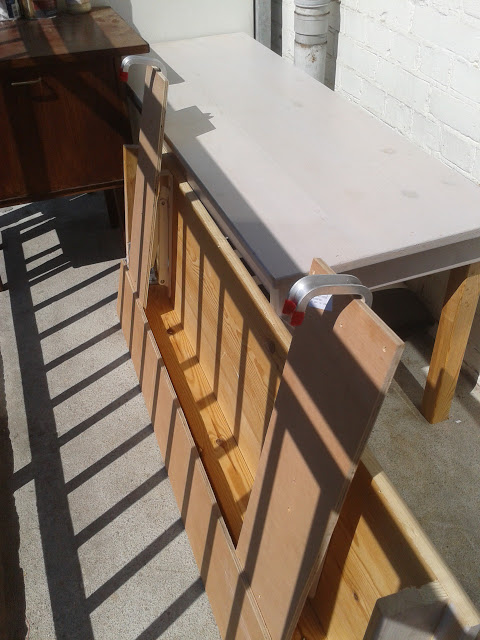 The other half of the table was accidentally of the perfect size to use as a matching bench. All I had to do was shorten the legs, and fasten the back legs(which came actually from a different Björkudden table) with several screws, as the original mounting of the legs are used in the table.