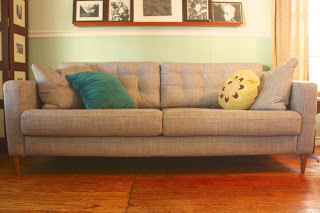 Description: First, we replaced the Ikea sofa legs with ready made, screw-in replacement legs from Uncle Bob’s workshop. We, then had an upholsterer use an extra Karlstad throw pillow as fabric to cover 32 buttons. He also sold us an upholsterer’s needle.

After deciding where I wanted the buttons to be on each side of the two back sofa cushions (8 on each side per cushion) with a tape measure and light pencil mark, I began tufting using this tutorial. 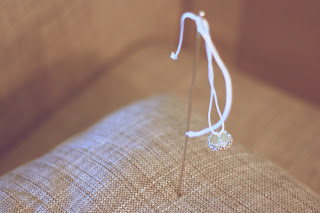 This method makes only two holes in the cushion fabric per button pair. Twine is threaded through one button, then folded in half and both ends are threaded through the needle. The needle is pressed straight through the cushion from one pencil mark to the corresponding mark on the other side. Another button is then threaded on one end of twine. Then, both ends are brought together to tie a slide knot that allowed me to adjust the space between the buttons. This requires at least 20 inches of twine per button pair for gripping. 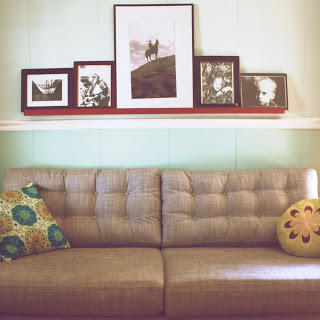 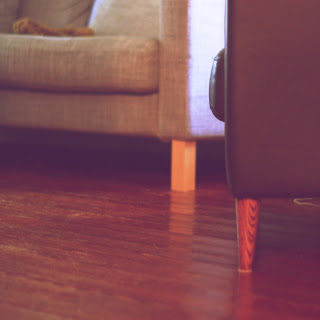 Don’t be afraid to really pull the buttons close together. After drawing them together with the slide knot, I tied a couple of extra knots and left the twine ends hanging until I had finished the entire pillow and was sure the tufts were all uniform. The ends were then snipped and tucked under the buttons.

See more of the tufted Karlstad.