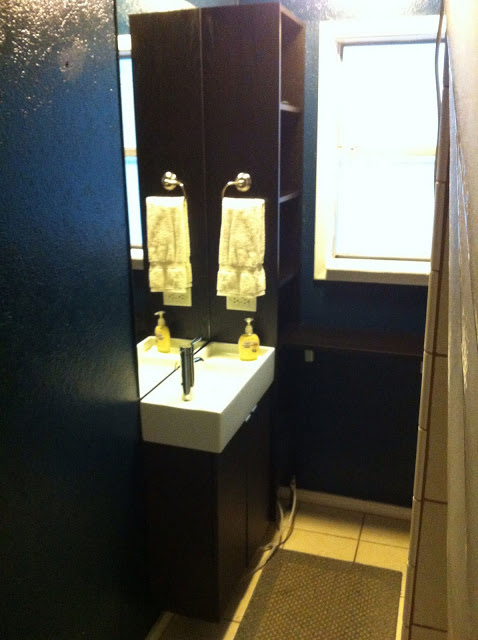 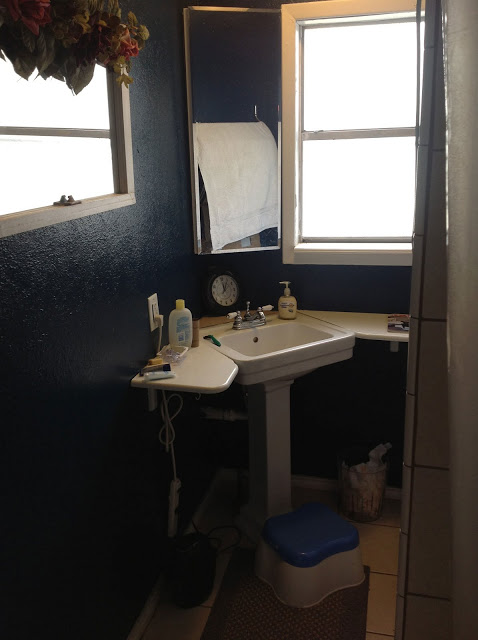 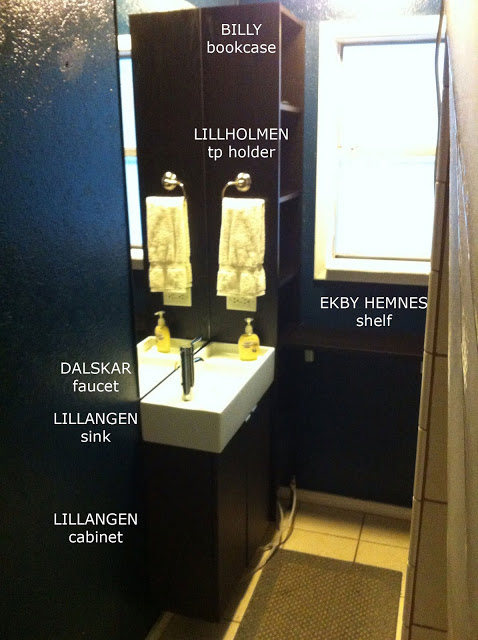 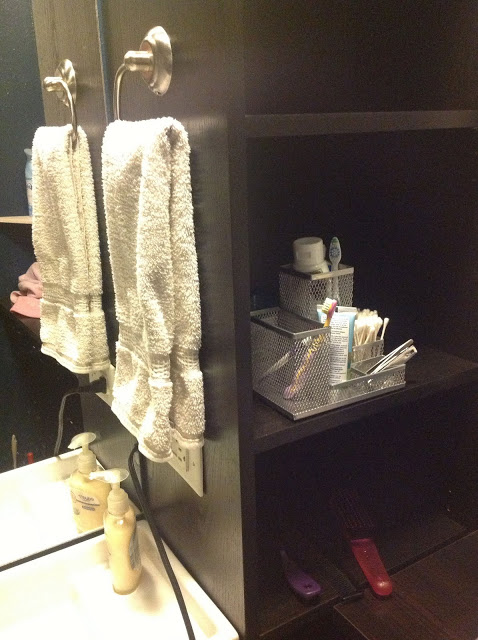 1. I plugged in my table saw to cut about 3 inches off the bottom of the side panels of the bookcase so the bottom would align with the cabinet.
2. Cuts were made before assembling the bookcase. I only had to cut the side panels as the back isn’t as long.
3. I cut a 2×4 to a shorter width than the cabinet/bookcase so it wouldn’t show from the side and bolted that to studs in the wall. Both pieces rest on that.
4. I had to modify the wall mounting portion of the cabinet so that would bolt to studs in the wall but the bookcase is only attached by one screw with angle metal on the bottom going into the 2×4 support and one screw with angle metal in the top corner that goes into a stud. Since the 2×4 supports the weight it doesn’t take much to keep it there.